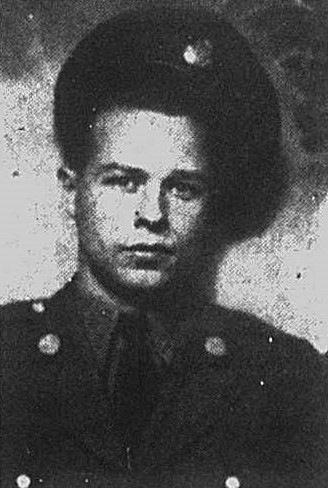 The Greeneville Sun, April 5, 1945
Pfc. Winston Lawing, son of Mr. and Mrs. I.F. Lawing was killed in action on Luzon, February 27, 1945. Pfc. Lawing entered the service four and a half years ago and had spent two years overseas. He received his basic training at Camp Blanding, Fla.
He was married to Miss Betty Moore of Monroe, Fla., on January 17, 1943. She was killed on December 26, 1944 when the car in which she was riding collided with a train at Monroe.
He is survived by his parents, three brothers, Stark Lawing of Greene County and five sisters. A brother, Pvt. Raymond R. Lawing was killed January 16, 1945 in Luxembourg. 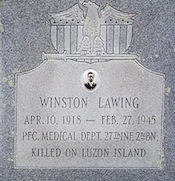