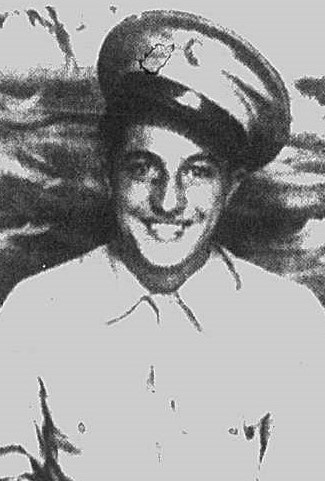 Private First Class Raymond Reed Lawing served with the 673rd Engineer Company. He was returned to the United States in 1949 on the Army Transport Carroll Victory.

The Greeneville Sun, February 16, 1945
Pvt. Raymond Reed Lawing was killed in action on the 16th of January in Luxembourg his wife and his parents, Mr. and Mrs. I.F. Lawing have learned. Pvt. Lawing entered the service on March 12, 1944 and served eight months overseas. He received his basic training at Camp Atterbury, Ind. And was stationed at Camp Campbell, Ky. At the time he received his overseas assignment. He has three brothers in the service and all serving overseas. Pvt. Isaac Carl Lawing is somewhere in Italy, Pvt. Winston Lawing is in the South Pacific and Pvt. Vestal Lawing is in France. 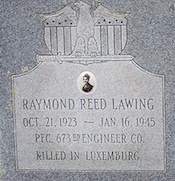