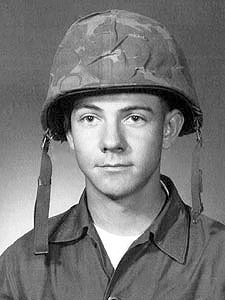 City Marine dies in Vietnam War action
Marine Lance Corporal William Frank Dykes of Kingsport has been killed in Vietnam fighting, the Defense Department has announced. Dykes, 20, was the son of Mr. and Mrs. Earl V. Dykes of Packing Road in the Bloomingdale communicty.
The Defense Department said Dykes sustained a fragmentation wound to the head from a hostile grenade while engaged in action against Communist forces in the Phue Thien Province, Republic of Vietnam. According to the information, he was killed last Sunday.
Dykes was graduated in 1966 from Ketron High School and enlisted in the Marine Corps in October of that year. He had been in Vietnam eight months.
Mrs. Dykes, who said she and her husband received word of their son’s death Tuesday, found it hard to believe, and expressed hope that perhaps an error has been made. She said she did not know her son was stationed at the place of his death. The last she heard he was serving at Camp Evans near Da Nang.
In addition to his parents, Dykes is survived by a sister, Miss Betty Jean Dykes of Kingsport, and three brothers, Donnie, Charles and Tommy, all of the home.

He is the first cousin of Daniel L. Gregg, who also was killed in Vietnam. 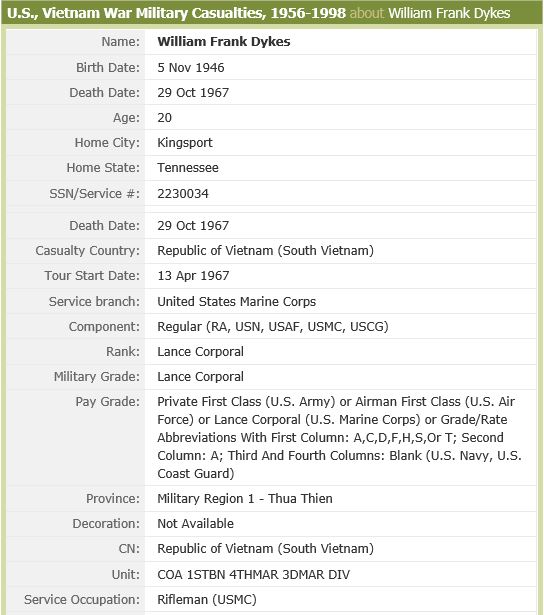 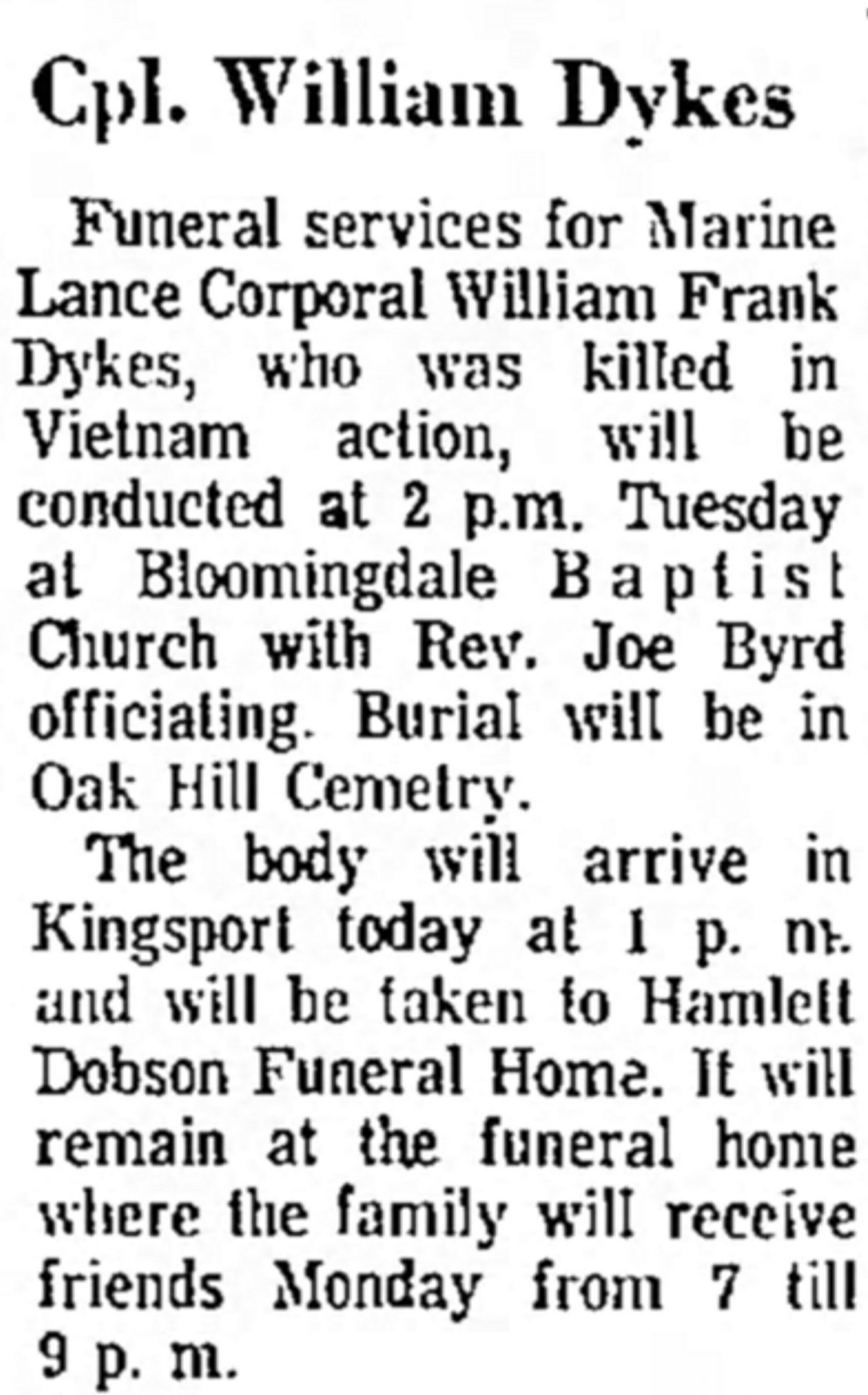