William Ernest Girdner (last name also spelled Gurdner) was born July 1893 in Greeneville, TN to William Girdner and Catherine Marshall.
He was assigned to Company L, 3rd Battalion, 120th Infantry Regiment, 60th Infantry Brigade, 30th Division. He participated in two unit campaigns: Ypres-Lys Offensive in Belgium where he was wounded in action on 31 August 1918 and the Somme Offensive in France. It was during this offensive when the 30th Division broke through the Hindenburg Line that Ernest was hit by a large piece of shrapnel in the stomach that took his life. He was 25 years old and the older brother of Curtis Girdner who was Killed in Action on 31 August 1918. They now rest side by side.

Official Army Report of January 29, 1919:
“Killed about 5:55 A.M. Sept. 29th, 1918, by shell fire on the top awaiting orders to advance on enemy trenches in the Hindenburg Line, near Bellicourt, France. Hit in stomach by a piece of shell and killed instantly.
Informant was eye witness.
The ground was held.
Killed instantly. Body buried at Bellicourt, France.
Informant knew Christian name.
There are was no other man by this name in the Company.
He was about 6 feet 3 inches in height, black hair, dark complexion and weighed about 150 pounds. His nickname was ‘Ern’.
Information was very accurate.”
-Submitted by Allen D. Jackson, USAF (Ret) 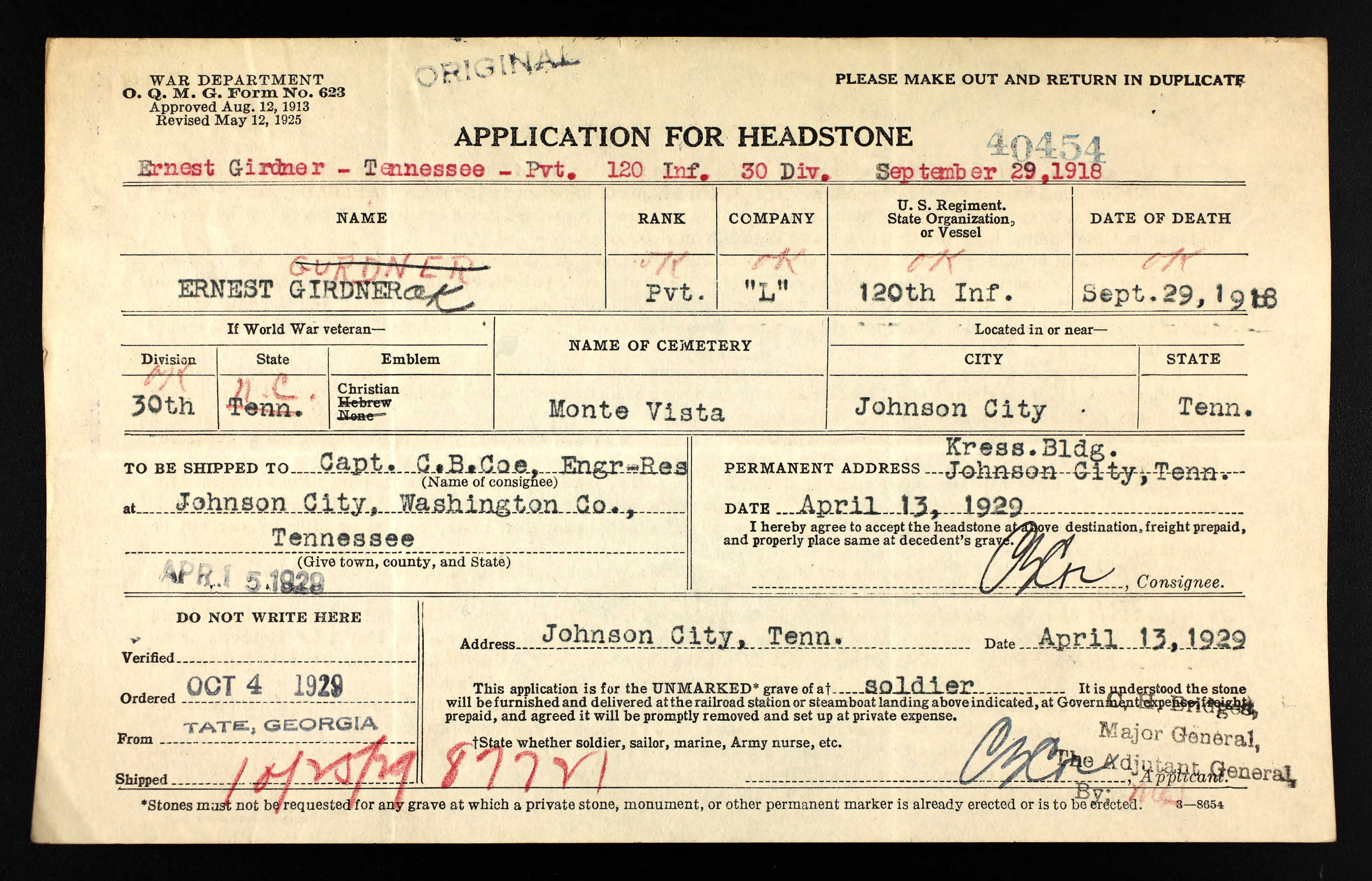 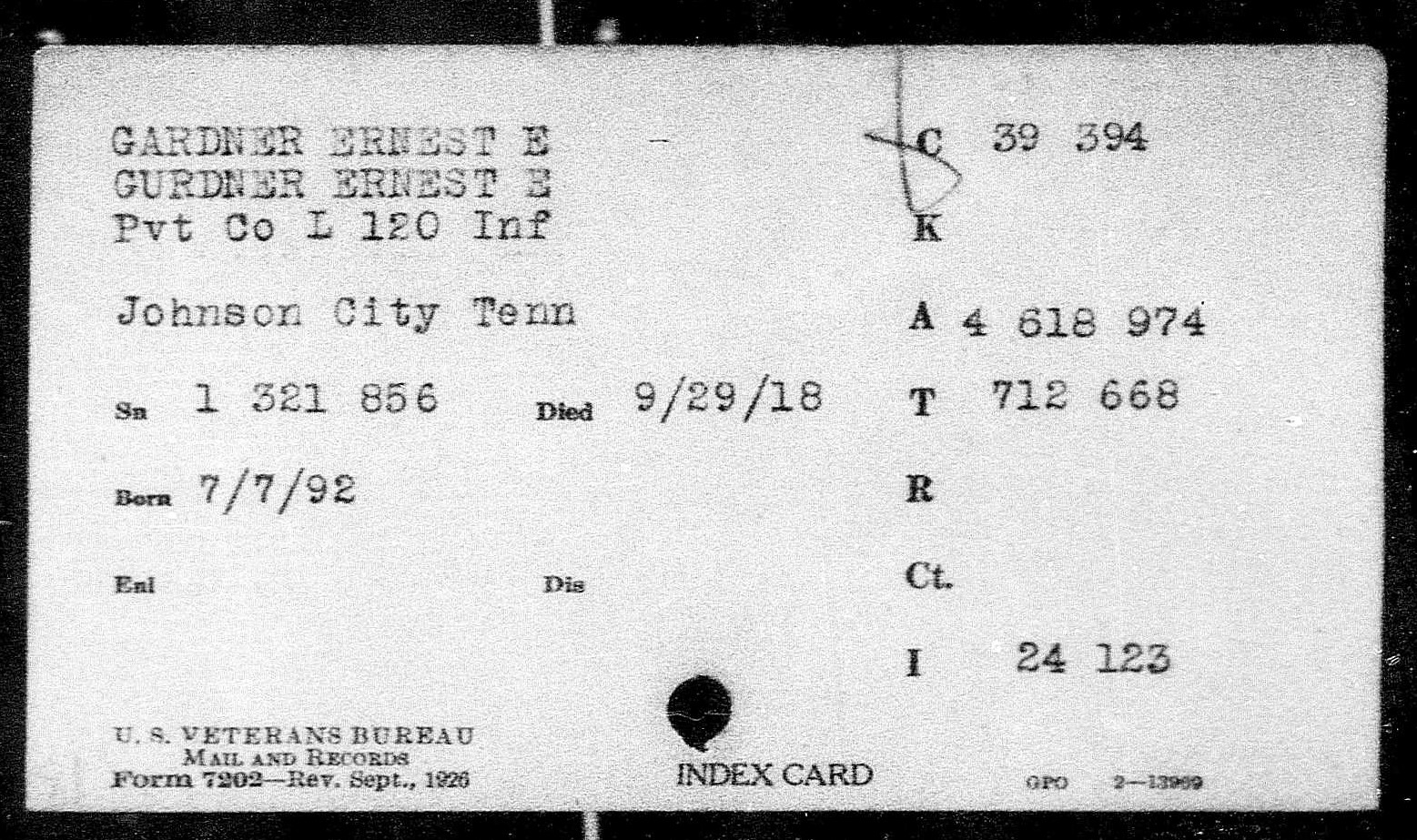