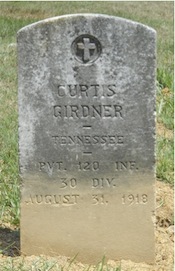 Curtis Ed Girdner (Gurdner) was born 4 May 1899 (Greeneville, Greene County, TN) to William Girdner and Catherine Marshall. He was assigned to Company L, 3rd Battalion, 120th Infantry Regiment, 60th Infantry Brigade, 30th Division. He participated in one unit campaign: the Ypres-Lys Offensive in Belgium. It was during this offensive near Lankof Farm in Flanders, Belgium that Curtis was shot in the stomach and died before they could get him to the aide station. His brother William Ernest Girdner died 29 September 1918 in Bellicourt, France. They now rest side by side.

Official Army Report of January 29, 1919:
“Killed about 3 P.M. Aug. 31, 1918, by rifle bullet, while advancing on enemy trenches during an engagement in the Ypres Sector, near Lankhof Farm, Flanders, Belgium. Hit in stomach and died in a few minutes.
Informant was eye witness.
The ground was held.
Died before reaching dressing station. Body buried at Nine Elms Cemetery, near Poperinghe, Belgium.
Informant knew his Christian name.
There are was another man by the name in the Company.
He was about 5 feet 10 1/2 inches in height, black hair, fair complexion and weighed about 145 pounds.
Information was very accurate.”
–Submitted by Allen D. Jackson, USAF (Ret) 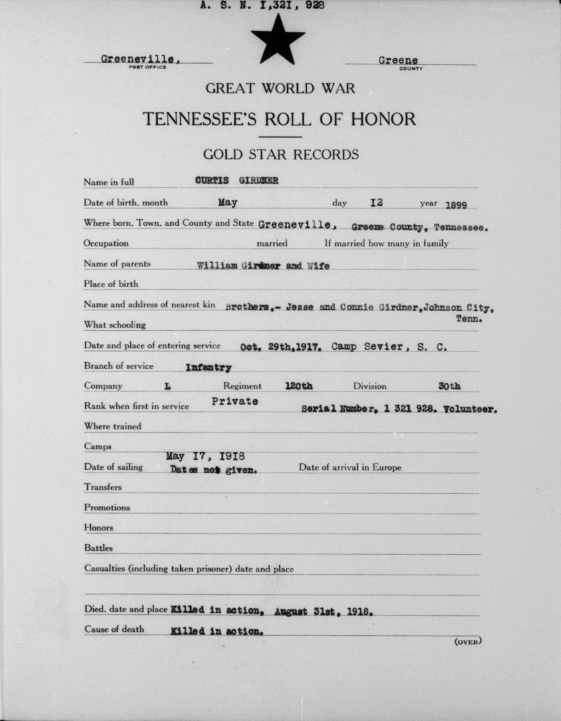 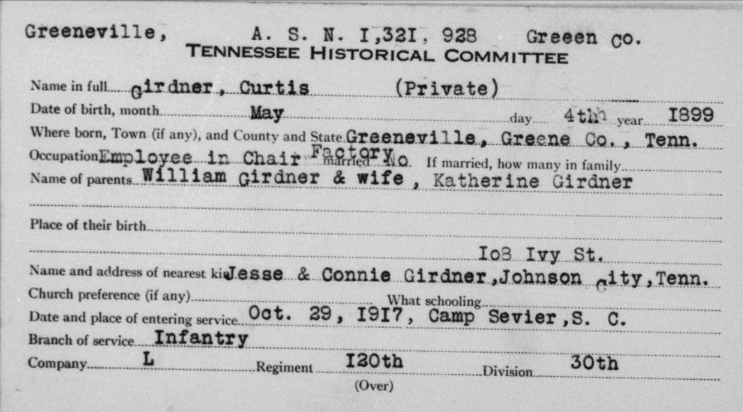 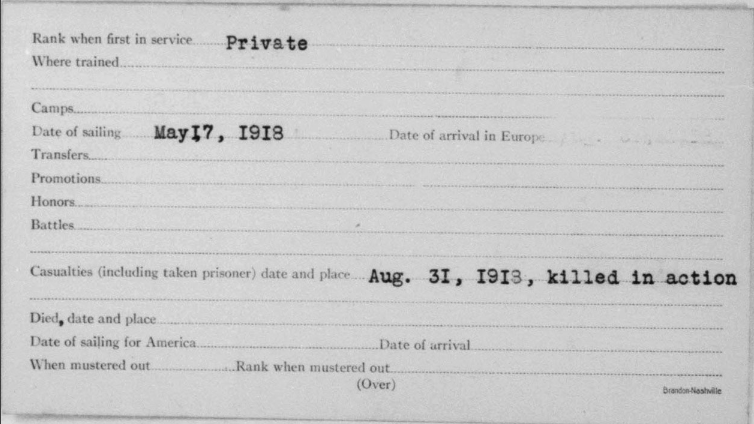 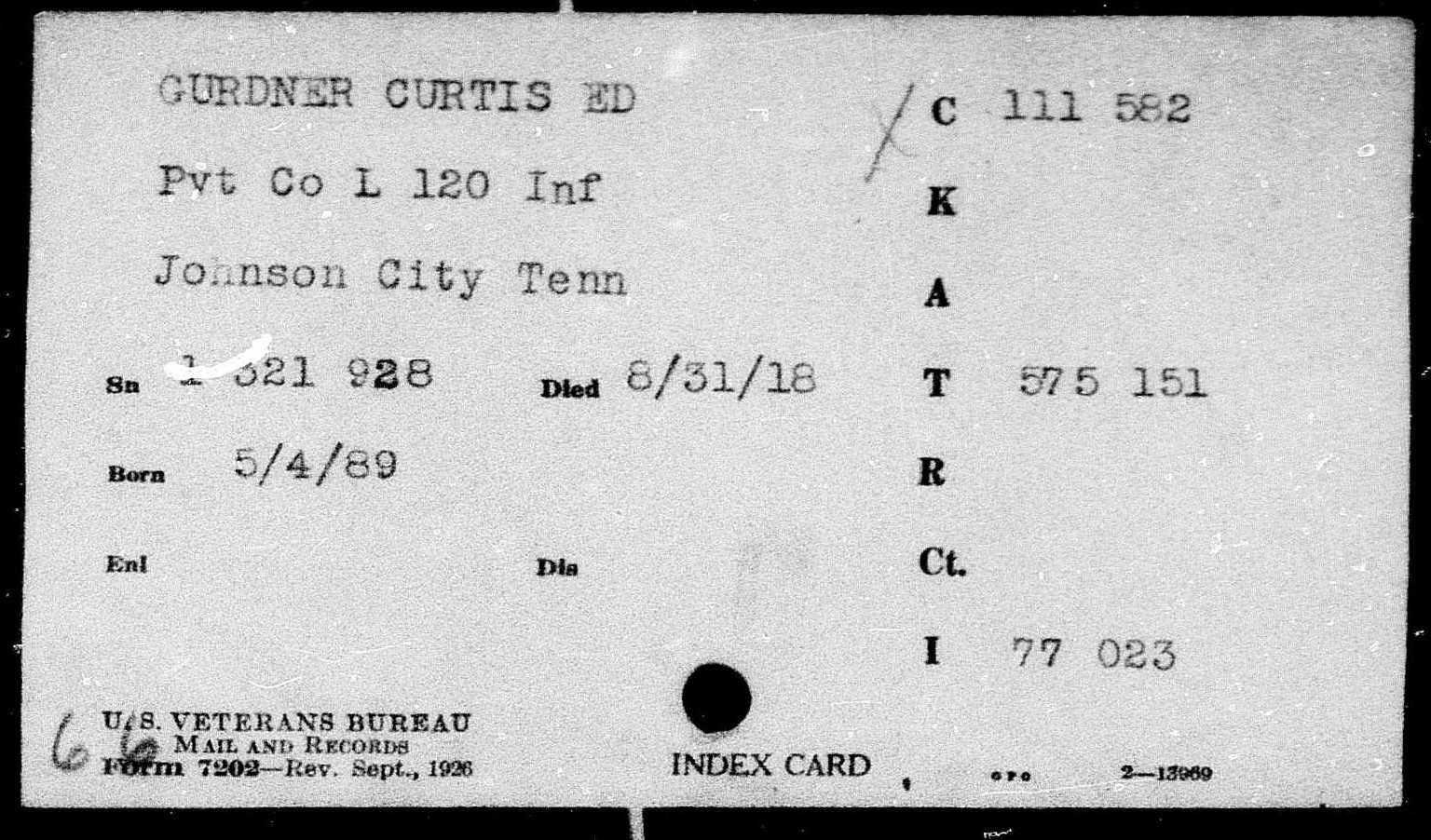 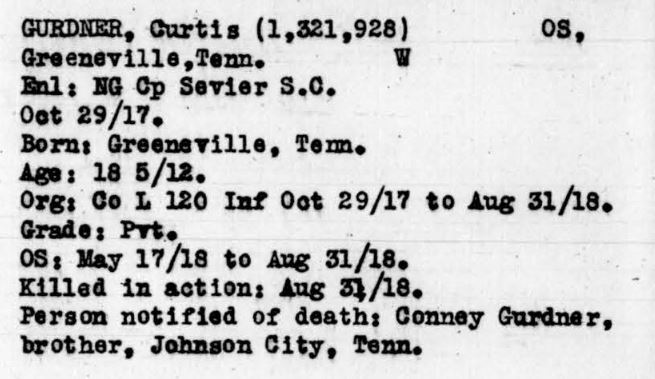