Walter L. Allen entered the service from Washington. He was born around 1924 in Tennessee, and he resided at King County, Washington, and enlisted in Oregon. He was a passenger on the U.S.S. General T. H. Biss (AP-31) on 20 May 1944, sailing from San Francisco. The USS General T. H. Bliss (AP-131) was a General G. O. Squier-class transport ship for the U.S. Navy in World War II. She was named in honor of U.S. Army general Tasker Howard Bliss. Decommissioned in 1946, she was sold privately in 1964 and renamed SS Seamar, and was scrapped in 1979.[1]

Buried at the Manila American Cemetery, Manila, Philippines, A, 3, 13. 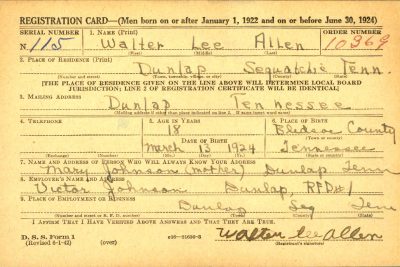 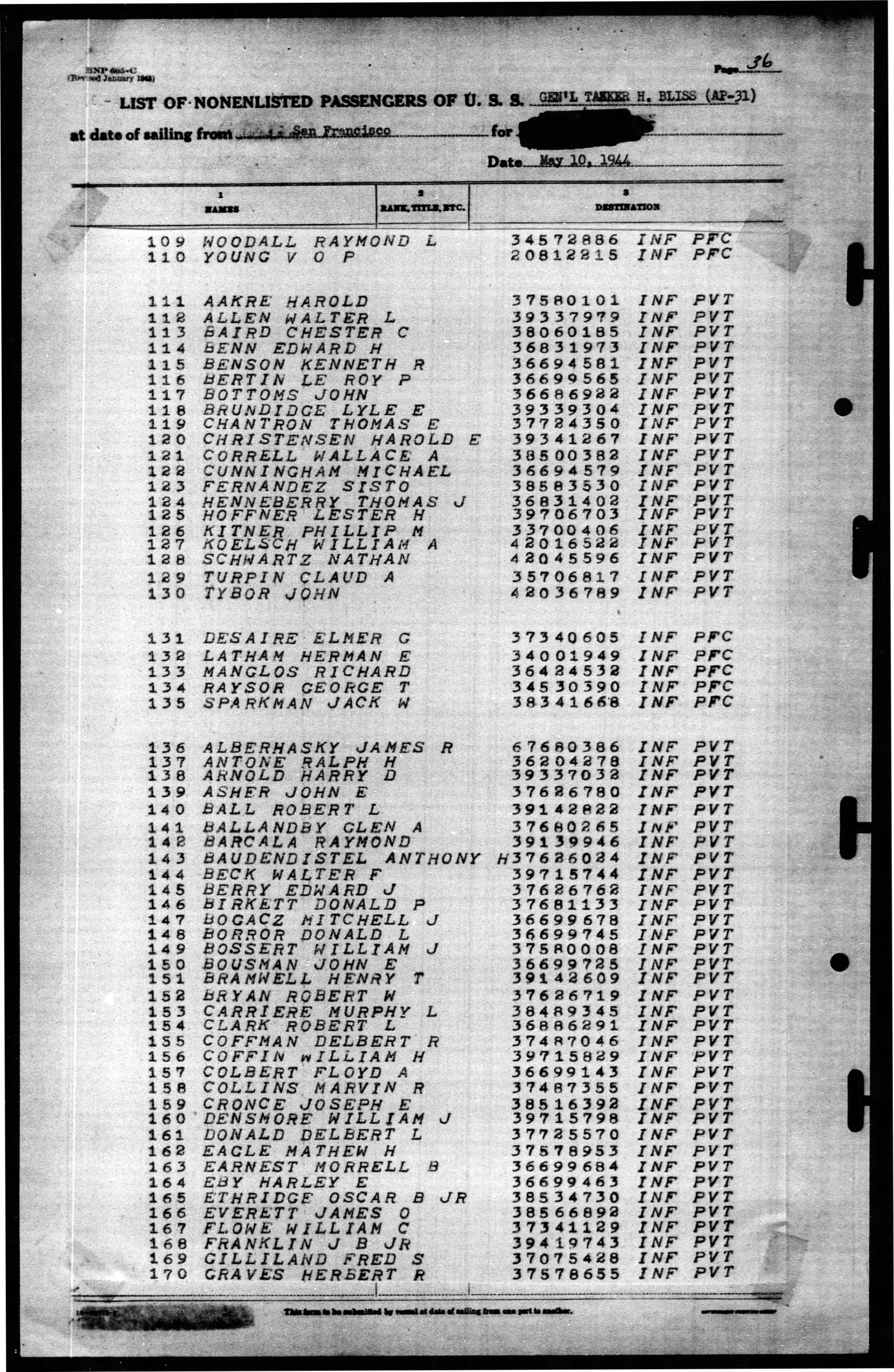 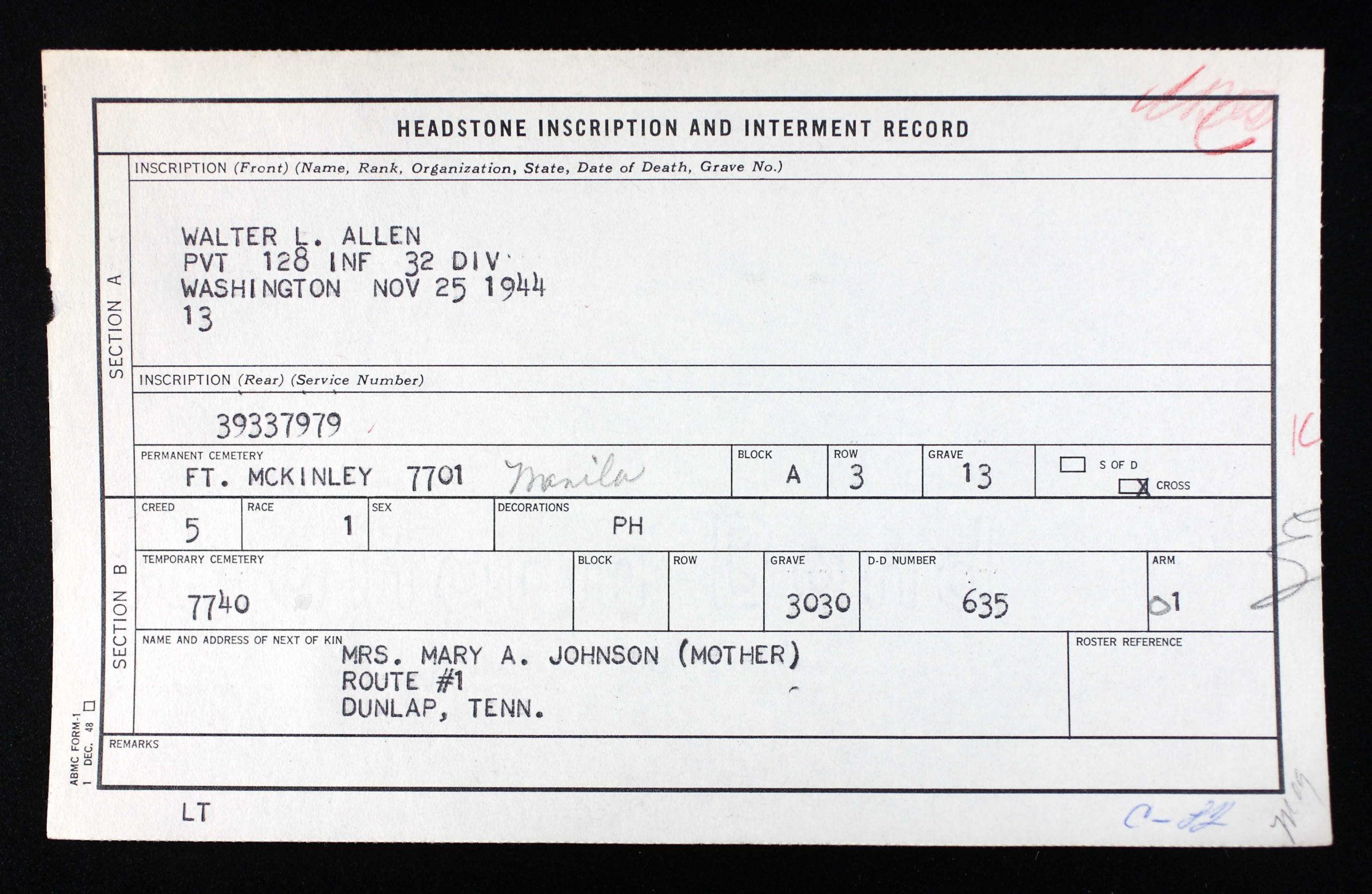