Corporal Allen was a member of the 34th Infantry Regiment, 24th Infantry Division. He was killed in action while fighting the enemy near Taejon, South Korea, on July 20, 1950. 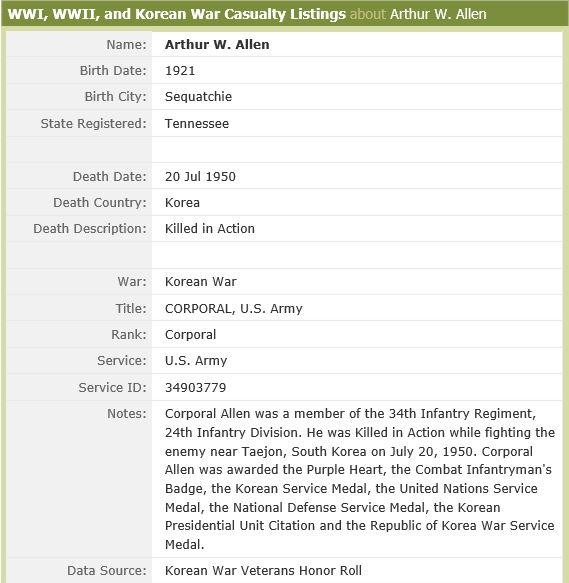 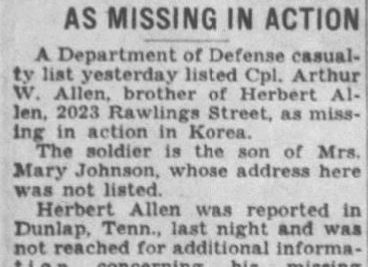 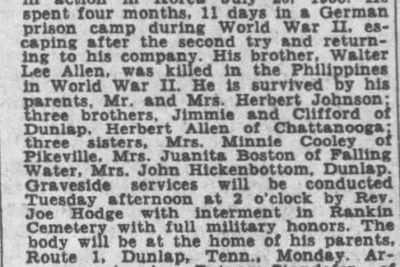