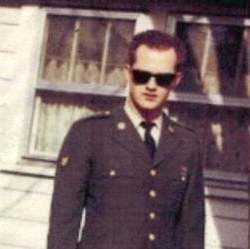 Thomas William Truelove was 30 years old and the son of William Hill Truelove, a World War II veteran having served in the United States Army and Gladys J. Oliver. He was married to Songcha and they had three children. Thomas’ older brother Bobby died in the hands of our enemies as a prisoner and is still Missing in Action somewhere in North Korea.

Dana Lusher
chap50@aol.com
this was my sargent in Long Binh
Proctorville , Oh
I just wanted to say that sargent truelove was a great fellow to work under in nam. I was one of the mechanics working under him at long binh. I just found this site today and found his name and just wanted to say a little about what I knew about him. Thanks Dana
Sunday, October 27, 2002