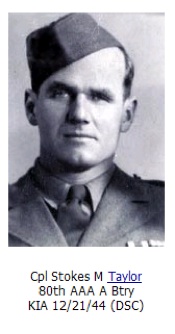 Corporal Stokes Millard Taylor was killed in action in Belgium. His brother, Jim, died in the Pacific.

The President of the United States of America, authorized by Act of Congress, July 9, 1918, takes pleasure in presenting the Distinguished Service Cross to Corporal Stokes M. Taylor ASN 31192689, United States Army, for extraordinary heroism in connection with military operations against an armed enemy while serving with the 80th Airborne Anti-Aircraft Battalion, Parachute Infantry Regiment, 82d Airborne Division, in action against enemy forces on 21 December 1944, near Trois Ponts, Belgium. Corporal Taylor’s anti-tank squad was in position on a hill covering the road leading into Trois Ponts, Belgium. At approximately 1400 hours on 21 December 1944, the enemy launched a savage attack against the hill. Corporal Taylor’s gun was put out of action by enemy fire during this enemy advance. Seizing a Browning Automatic Rifle and ammunition, Corporal Taylor ordered his men to fall back, while he took up a position on the road and covered their withdrawal by fire. With complete disregard for his personal safety, and with full knowledge of the overwhelming odds against him, Corporal Taylor raked the hillside with intense and accurate fire which prevented the enemy from gaining the edge of the woods to fire on his anti-tank squad as they effected their withdrawal. After his ammunition was exhausted, Corporal Taylor was seen to be hit by enemy rifle fire. His unfailing courage and leadership were in keeping with the highest traditions of the United States Army and won the admiration and respect of all who witnessed his actions. 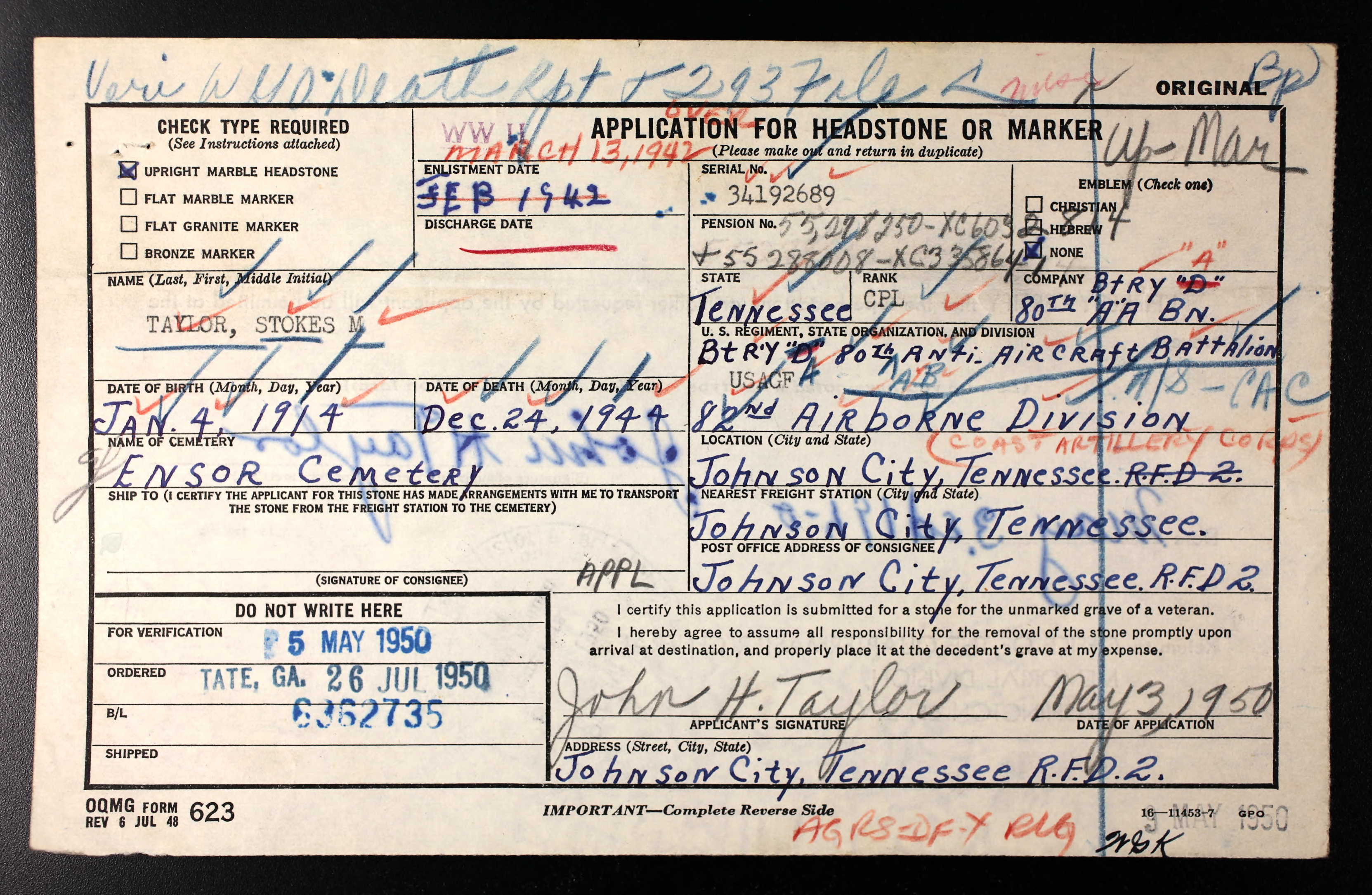 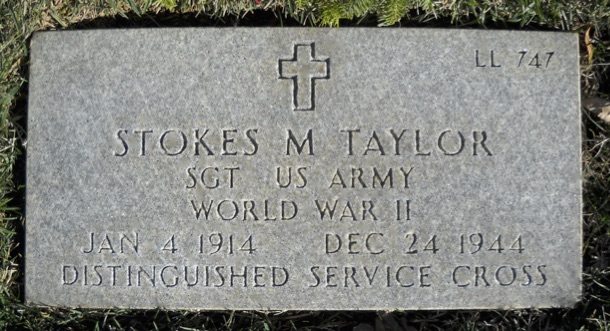