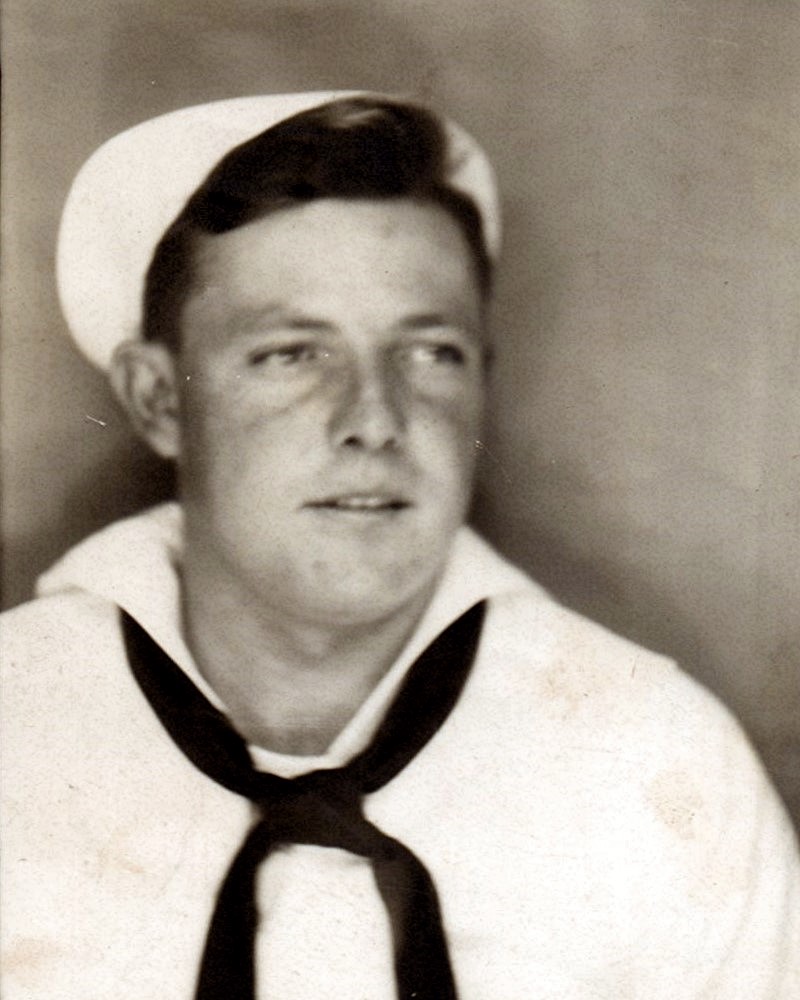 -Served aboard the USS Belleau Wood
-Served in the Pacific Theater
-Battles: Occupation of Baker Island, Raid on Tarawa, Raid on Wake Island, Invasion of Gilbert Island, Seizure of Kwajalein and Majuro Atolls in the Marshall Islands, Truk raid, Saipan-Tinian-Rota-Guam raids, Palau-Yap-Ulithi-Woleai raid, Sawar and Wakde Island raids in support of the landings at Hollandia (currently known as Jayapura), New Guinea, Truk-Satawan-Ponape raid, occupation of Saipan, 1st Bonins raid, Battle of the Philippine Sea, and 2nd Bonins raid, the last stages of the occupation of Guam, strikes in support of the occupation of the southern Palaus, Philippine Islands raids, Morotai landings, Okinawa raid, northern Luzon and Formosa raids, Luzon strikes, and the Battle of Cape Engano.

On 30 October 1944, while Belleau Wood was patrolling with her task group east of Leyte, an island in the Philippines, she shot down a Japanese suicide plane which fell on her flight deck aft, causing fires which set off ammunition. Before the fire could be brought under control, 92 men, including Bunch, had either died or gone missing.

He was buried at sea. Memorialized at Manila American Cemetery in Fort Bonifacio, Philippines.

My father, Clair P. Jones, was a close friend and shipmate of Preston L. Bunch. They shared sleeping quarters on the Belleau Wood with other seamen in the Aviation Ordinance unit. When ‘battle stations’ sounded on Oct. 30th, 1944, Preston was one of the first men to exit the quarters and ascend the ladder to the flight deck.

Seconds later a suicide dive bomber crashed the flight deck amidst several American war planes that were loaded with fuel, bombs, and munitions; ready for takeoff. The dive bomber’s engine and fuselage penetrated the wooden flight deck, taking its armed bombs and burning fuel deep into the ship. The resulting explosions and burning fuel took the life of Preston and nearly all the others in his unit.

My father was critically wounded in the attack. As he lay in the ship’s hospital the following day, he listened while the ship’s bugler repeatedly played taps, and 92 of his shipmates were buried at sea. In 1946 my father named his first son, Preston L. Jones, in honor of Preston Bunch. In 1969 he relayed to me the details of this horrific attack and his friend’s untimely death.

On a side note; Preston Bunch’s older brother, Clofus Bunch was also killed in action a few months earlier, on June 11th, 1944, on France’s Normandy Beach. The Bunch family of Knoxville, TN made an enormous sacrifice for our freedom in 1944.
–Submitted by John C. Jones 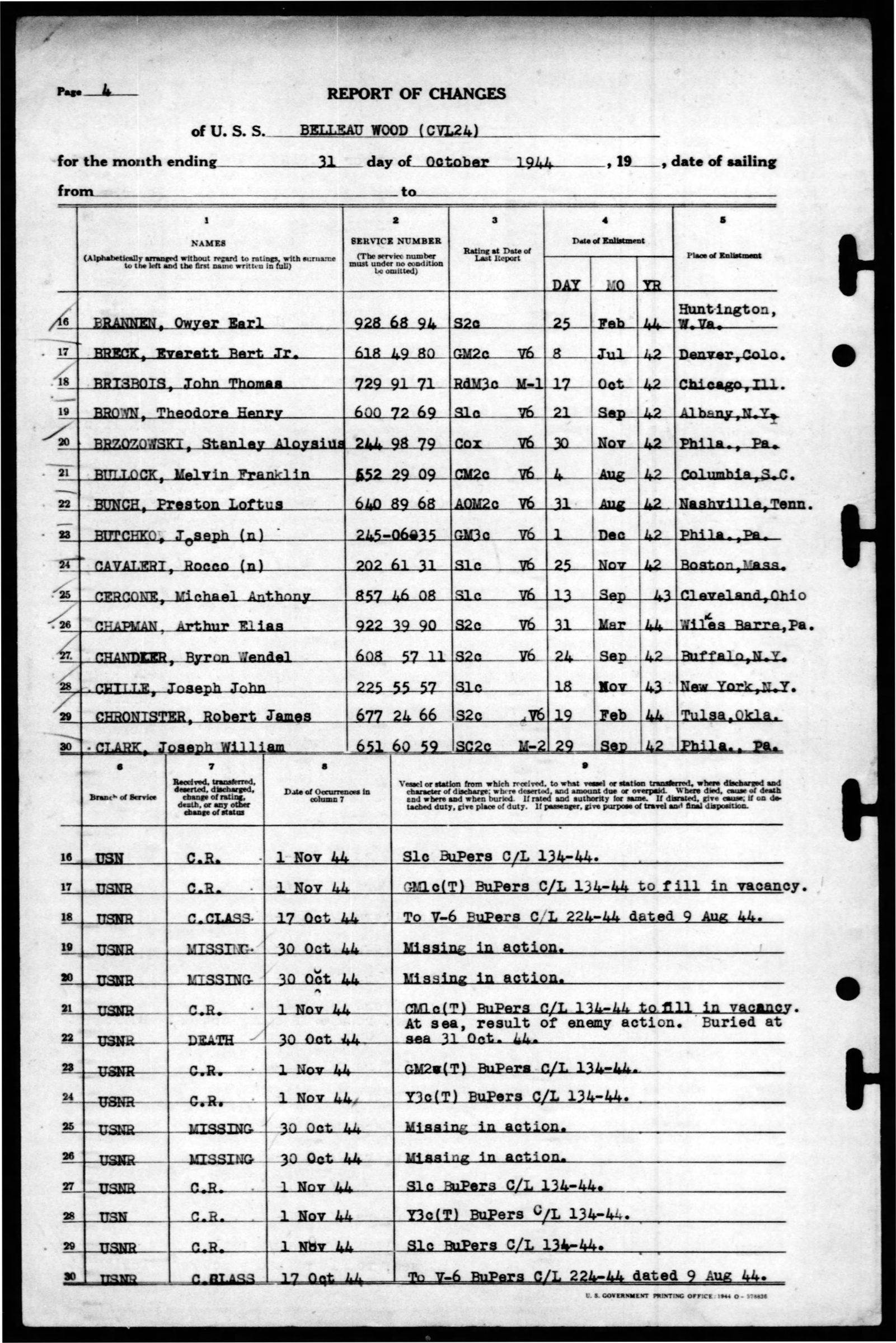