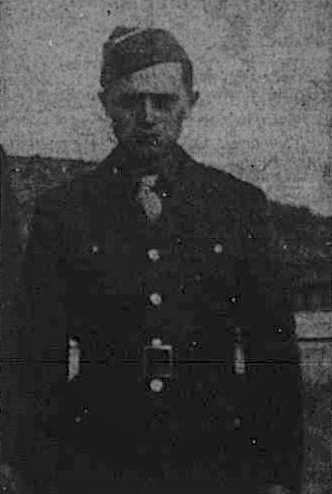 Crossville Chronicle, April 19, 1945
Pfc. Noble T. Stevens, age 24, of Linary, son of Mr. and Mrs. Leonard Stevens, was reported wounded in action on Leyte Island, while defending a ridge along the Limon Ormoc Road. A message followed later reporting his death before he reached the hospital. Pfc. Marvin Story, another Linary boy and Noble entered the service the same day, Oct., 1942. They had their training at Camp Wolters, Texas and Ft. Meade, Maryland. From there they were sent to Australia; on to New Guinea and to Leyte, where they met their deaths six days apart. Pfc. Stevens is survived by his parents; a younger brother, James and three sisters, Mrs. Lester Patton, Mrs. Fred Conatser of Jamestown and Miss Leta Stevens. Noble is loved by all who knew him and his passing is deeply regretted. 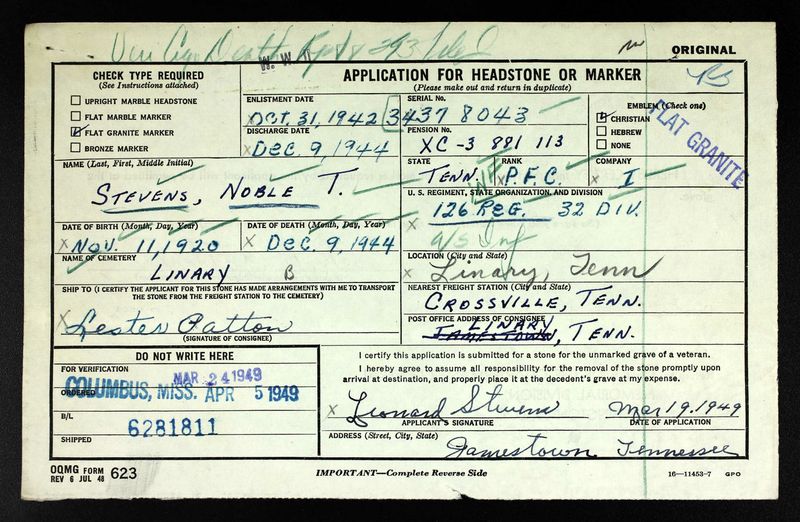 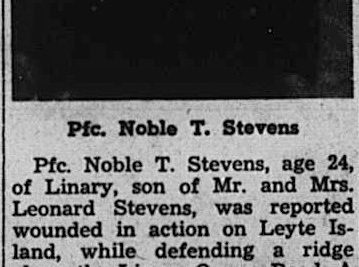