Crossville Chronicle, May 24, 1945
Private First Class Charles M. Storie, age 24, of Linary, son of Mrs. Reba Shuburg, was reported seriously wounded in action, Dec. 5th, 1944. A telegram was received later, by his sister, Mrs. Gordon Hyder, stating that he died the 15th of December in the hospital. He was wounded in the battle on Leyte. Marvin, as he was know by his many friends, belonged to the platoons which were executing an attack against heavily fortified positions, when he was wounded by the burst of a Japanese artillery Shell.
Pfc. Noble T. Stevens, son of Mr. and Mrs. Leonard Stevens and Marvin, entered the service the same day, October 30, 1942, and were together until their deaths – only six days apart. Neither was granted a furlough before being sent overseas. They took their training at Camp Wolters, Texas, Ft. Meade, Mr., and San Francisco, Calif., from where they were sent overseas in April, 1942. They landed in Australia, then New guinea, then on Leyte, where they met their deaths. Marvin always had a smile for everyone and was loved by all who knew him. His passing is deeply regretted.
He is survived by one sister, Mrs. Gordon Hyder, North Olmsted, Ohio; one half-brother, Billie Shuburg, 6 years old, also of North Olmsted, O.; two nieces, Reba Joanne and Wilma Ruth Hyder; also his maternal grandparents, Mr. and Mrs. R.A. Winningham, of Vandever, formerly of Linary, and several uncles and aunts. He was buried with full military and religious rites in an American cemetery near limon, Leyte Island. His sister, Mrs. Gordon Huder has received letters from his Chaplain, Commanding Officer, and also one from General MacArthur, praising the good work which marvin did, and said he was in every respect a fine soldier. Mrs. Hyder has also received two Purple Hearts, which were awarded Pfc. Storie – Contributed. 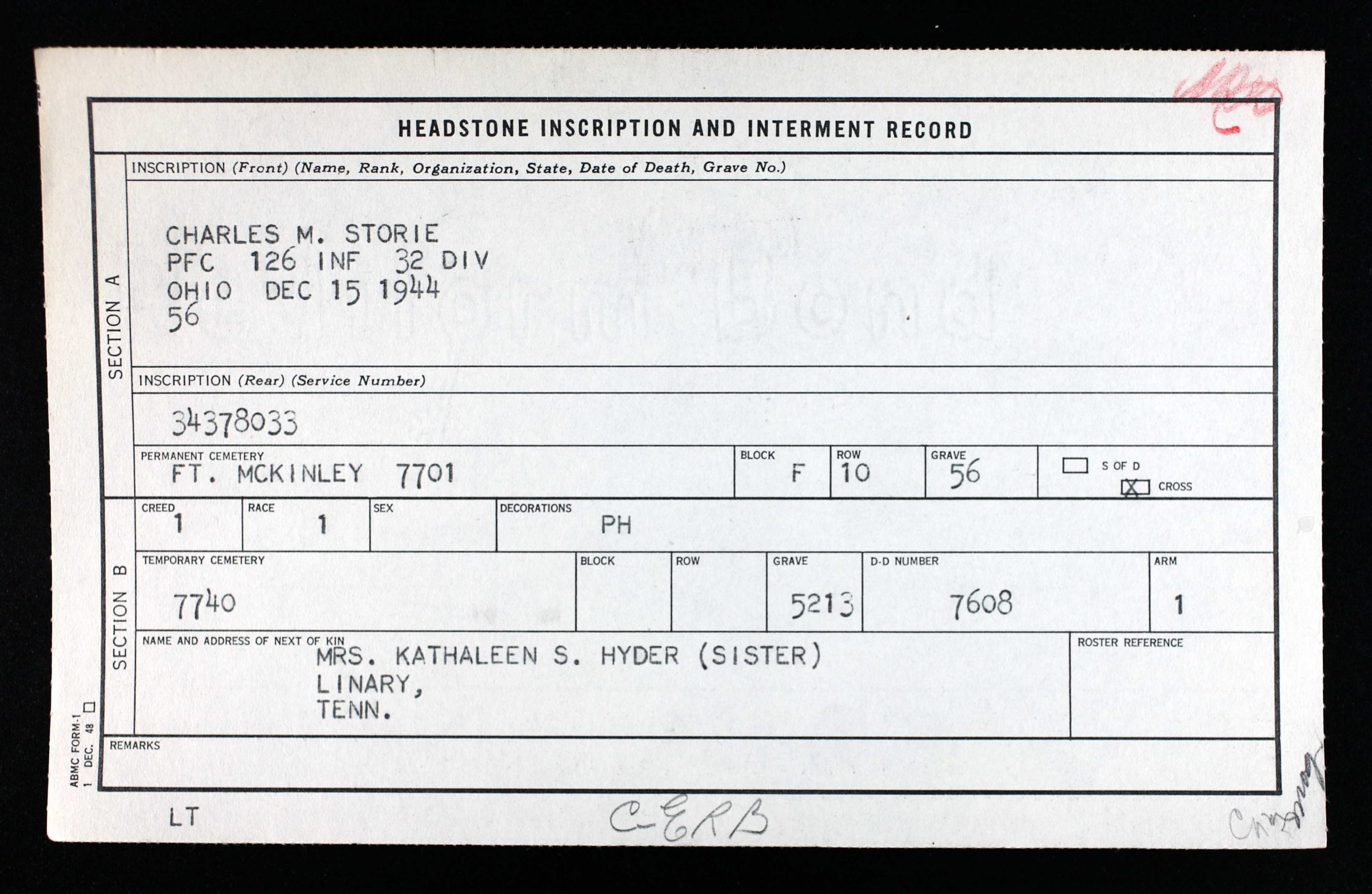 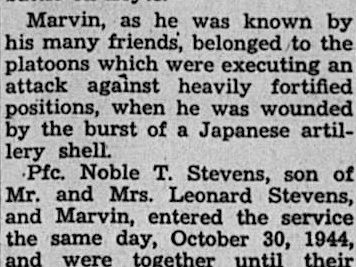