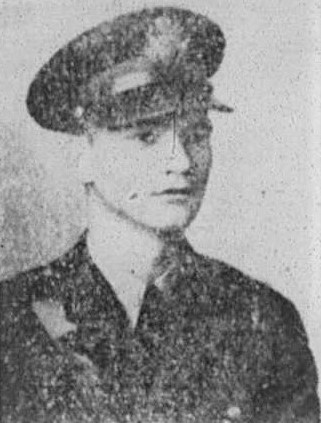 William Ward Mitchell died in action in France August 2, 1944 at the age of 24. His father Captain Benton Burkhart Mitchell died while in service in 1943.

First Lieutenant Mitchell was initially buried in St. Laurent, France during the war. William Ward Mitchell volunteered for service on Dec. 12, 1941, just five days following Pearl Harbor. He was a graduate of Johnson City High School and attended both Carson-Newman College and the University of Tennessee. Information submitted by Catharine Murray. First Lieutenant Mitchell was her mother-in-law’s first husband.

Clinton Courier News, March 8, 1945
First Lt. William Ward Mitchell, son of Mrs. Benton B. Mitchell of Clinton, RFD 1, was posthumously awarded the Silver Star Medal for gallantry in action against the enemy on July 28 and August 3, 1944. The presentation was made at Fort Oglethorpe to his wife, Mrs. Elizabeth Dyer Mitchell of Fountain City, who was accompanied by Lt Michell’s mother. A formal parade and luncheon were held in their honor. 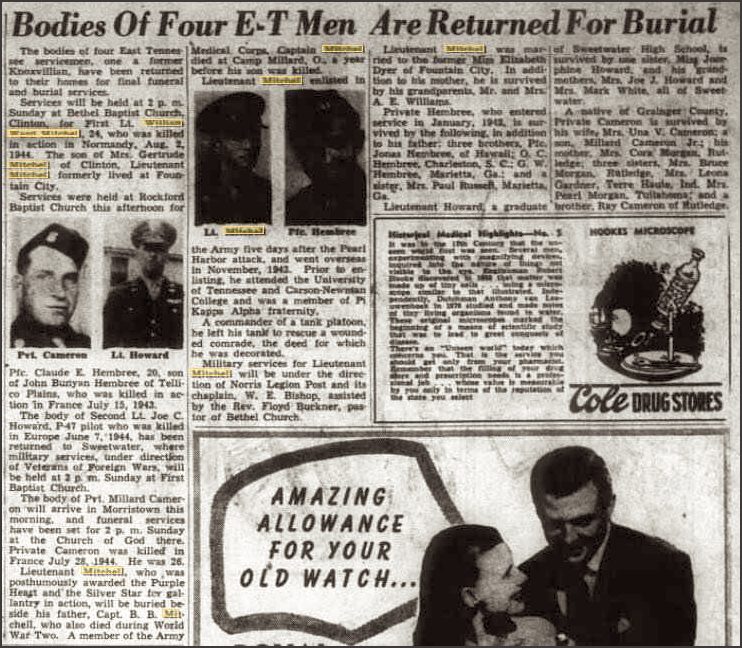 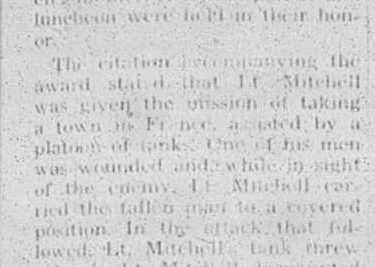 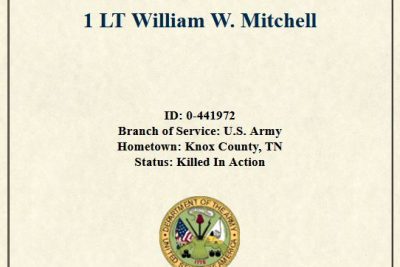