On July 13, 1943 at 0505L Melving Veigen, 1st Lt and his complete crew took off on a sea search mission in airplane -24D with serial number 42-40239. The mission being conducted was a standard Y and extending 800 miles out of Ampersand in the sector 046 to 054 degrees. Throughout the flight the pilot was ordered to keep radio silence except in case of  emergency of sighting unidentified or enemy  aircraft or shipping. The gasoline load was sufficient to last about 15 hours. At about 1700, after no radio contact with this plane could be made, the lost plane procedure was immediately put into operation with no results. On July 14, 1943 at approximately 0500L a special search was conducted consisting 8 B-24’s, 2 B-17’s, 4 P-40’s and 3 PBY’s. All planes returned with negative reports. On July 15, 1943 at about 0700L a special search was again conducted consisting of 5 B-24D’s covering the entire area. Again all reports were negative. In addition to the search conducted from this station, there were also searches conducted from Funafuti and a negative report resulted.

Lynn Walker is memorialized at Honolulu. 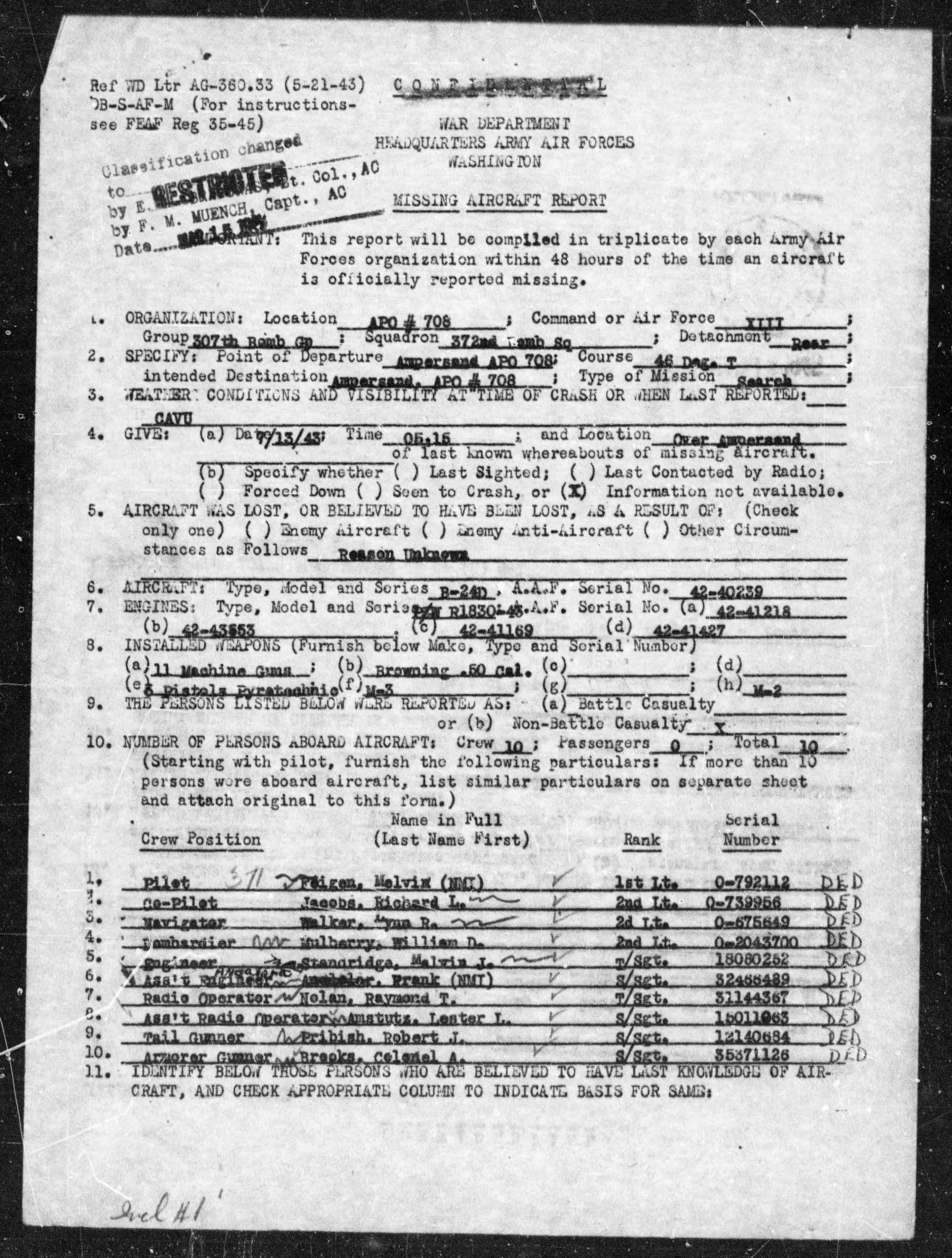 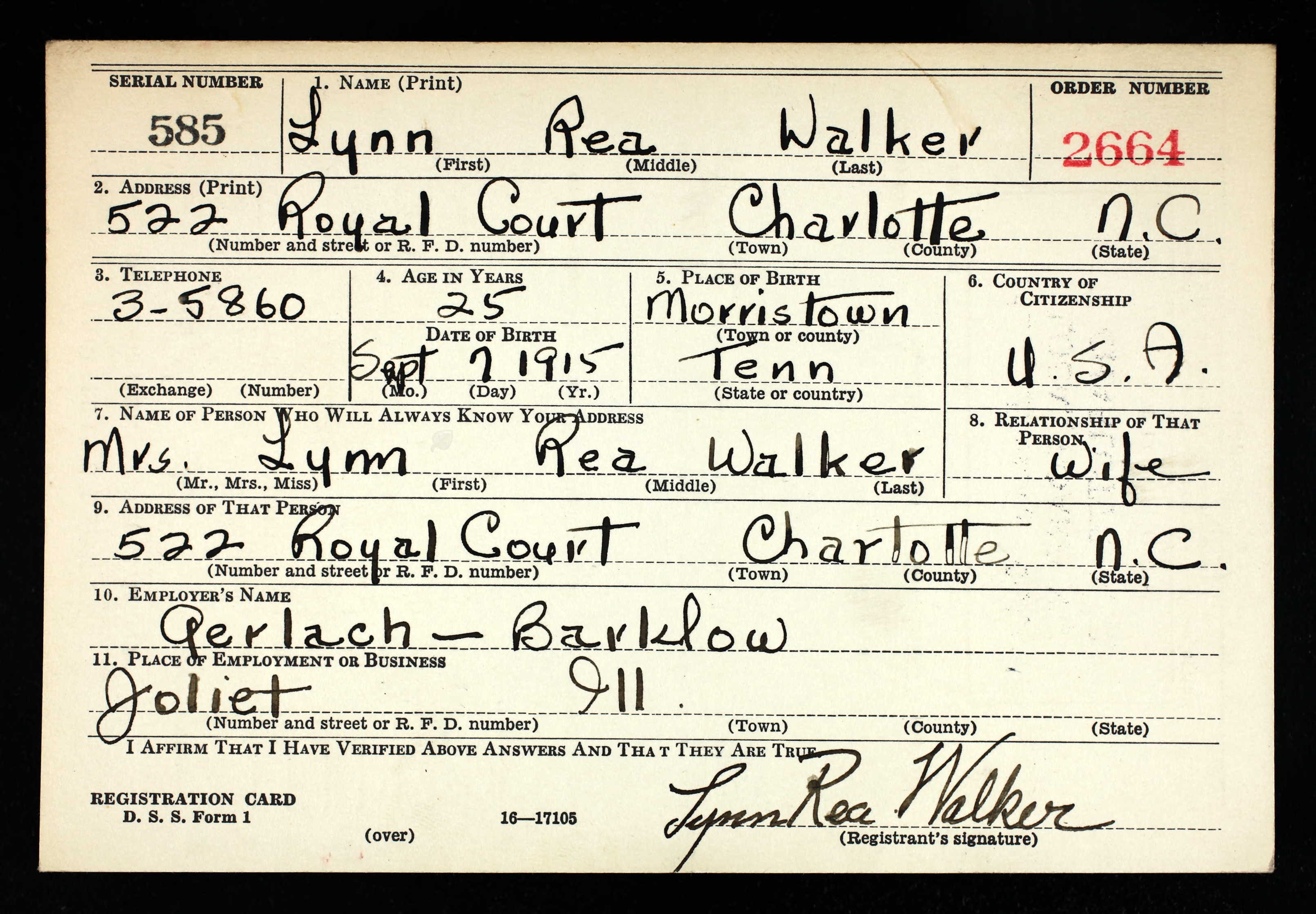