27th Fighter Group, 523rd Fighter Squadron
Fighter Pilot, 2nd Lieutenant
Aircraft: Thunderbolt P-47D-23-RA
Serial number 42-28090
Destination: bomb and strafe on a bridge at J-6333 on the Casale-Monferrate line in Italy.
At approximately 1725 hours, prior to the attack on the target, he entered a cloud bank. He was separated from his flight leader, Captain Cecil A. Thomas. He crashed 3 Km East of Villanova, near Casale-Monferrate.
The aircraft was probably struck by lightning at the place of the crash, on the ground. The bomb load exploded, the machine with the pilot was torn into small parts. Apparently his remains were recovered and buried on 10 August 1944.

He is buried in the Laurel Section of Happy Valley Memorial Park. 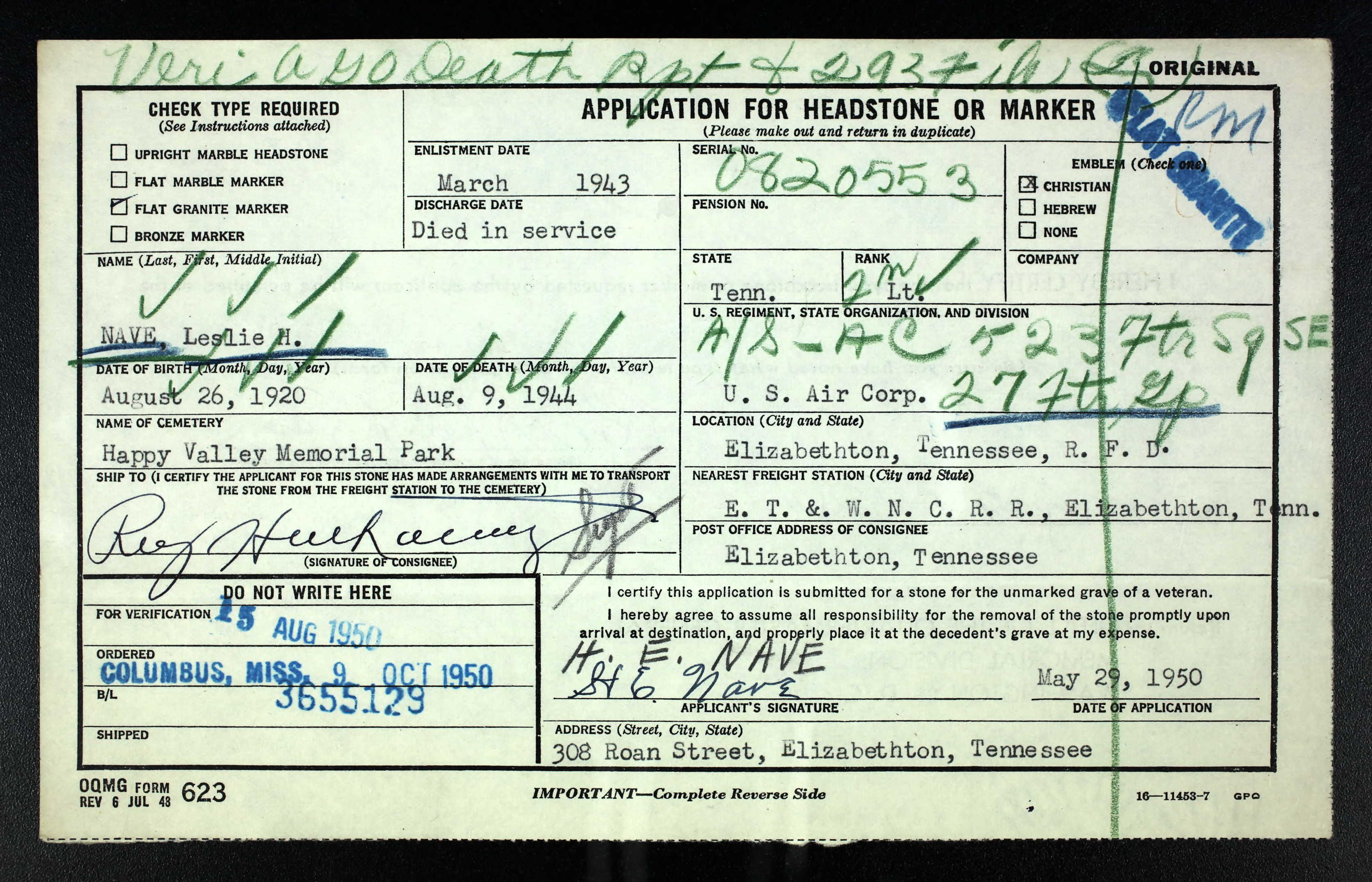 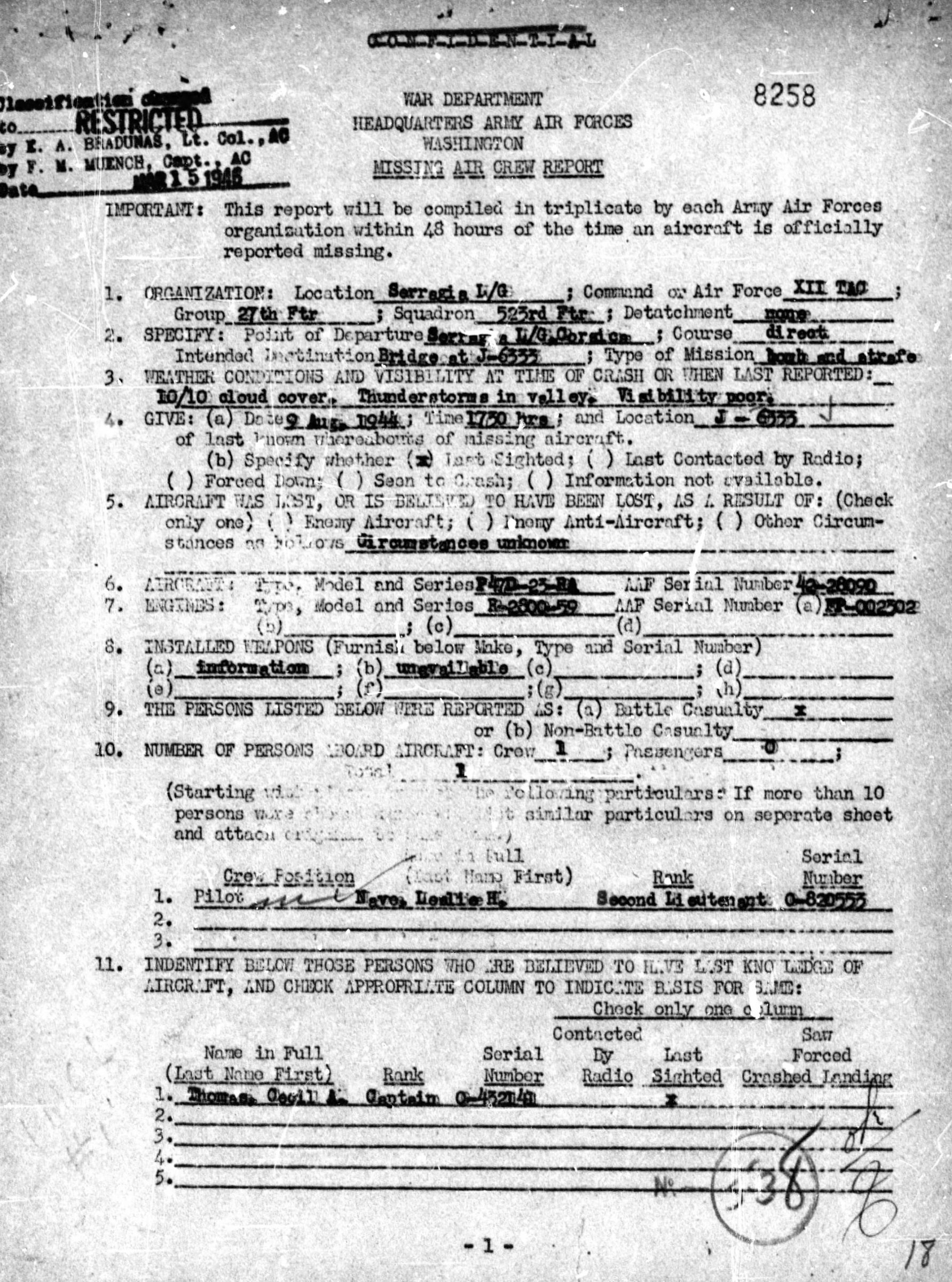 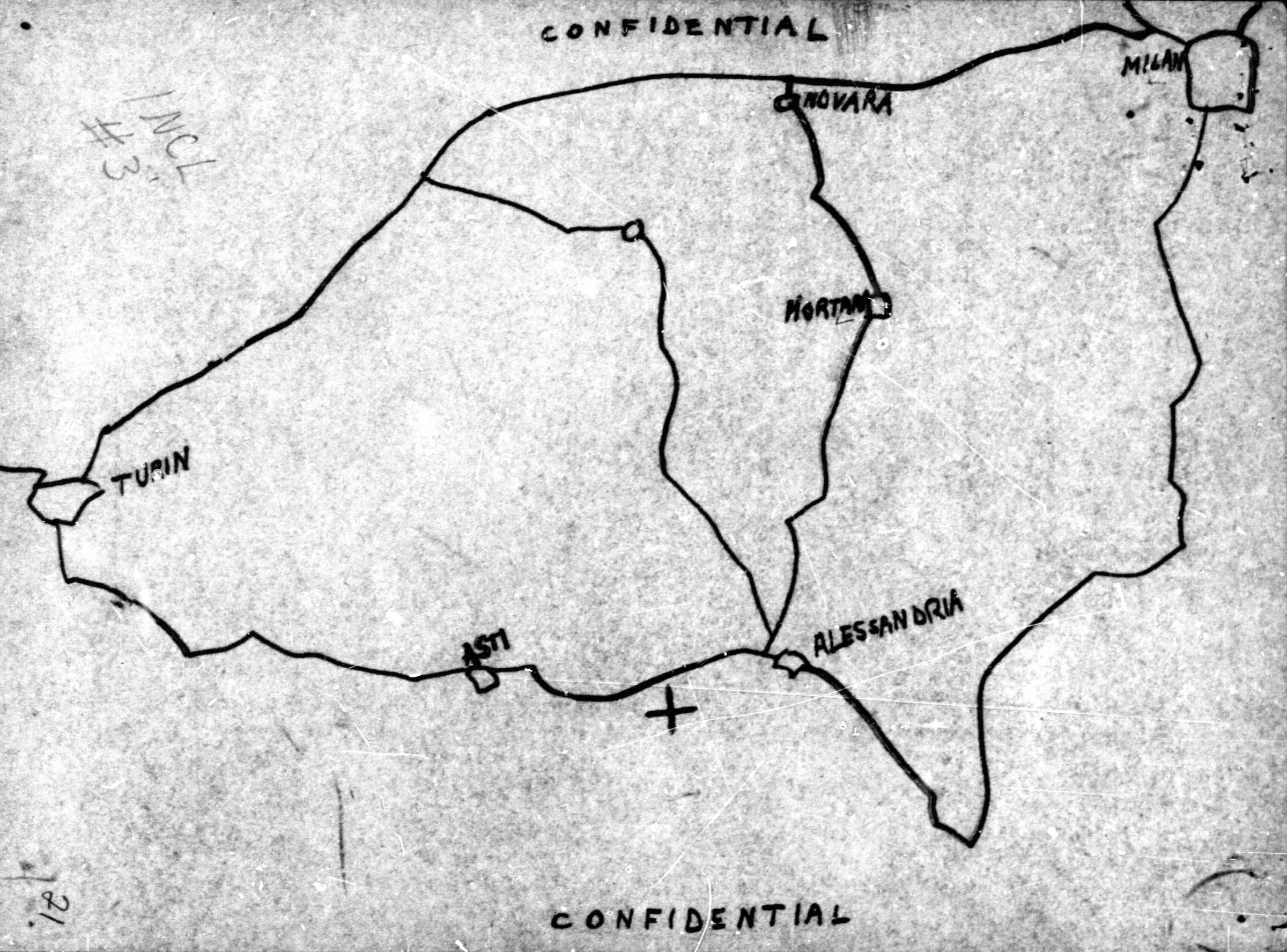