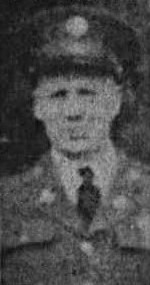 John William Freeman was born October 3, 1911 in Monroe County, Tennessee to Jordan Dee Oscar Freeman and Rillia Long. John W. Freeman was a Private First Class serving with the 16th Infantry Regiment, 1st Infantry Division. He was killed in action on August 5, 1943. He was initially buried at Paestum Cemetery at Mount Soprano, Italy and re-buried at Sicily-Rome American Cemetery, Nettuno, Italy, Plot I, Row 4, Grave 19. He was awarded the Purple Heart with Oak Leaf Cluster.

The Knoxville Journal, November 26, 1943
D. Oscar Freeman of Englewood, Route 1 in Monnroe County, Tenn., recently received the Purple Heart decoration posthumously awarded by the War Department by order of the President, for his son, John William Freeman, who was killed in action August. 5, in North Africa.
The citation stated that his gallantry throughout the services he had rendered had been superb and that he gave his all for his country. This family lost another son, Virgil D. Freeman, in action in 1942 and at the present time have two others, Caleb and Earl, serving on the battlefields. There are 12 children in the family. 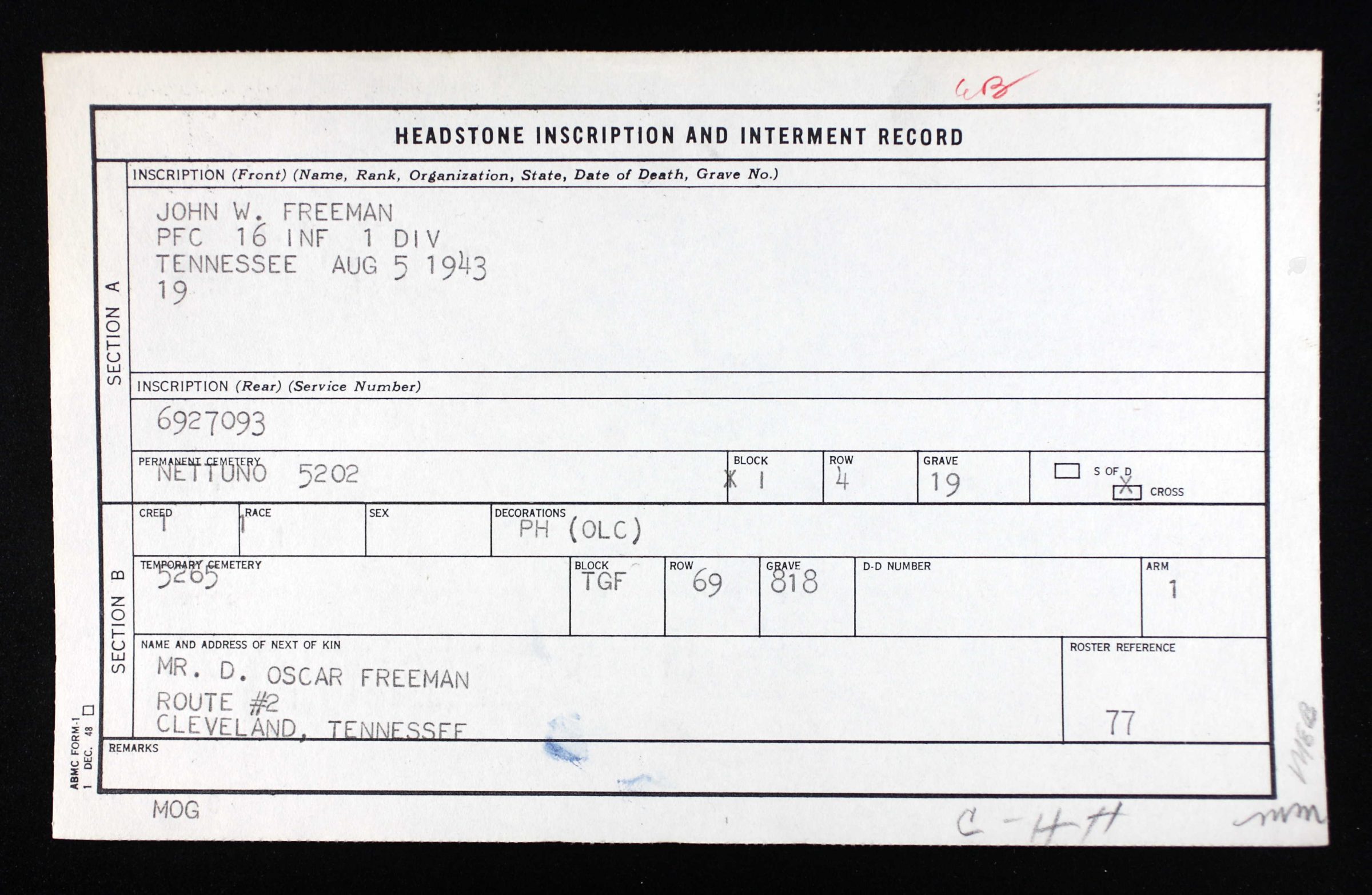 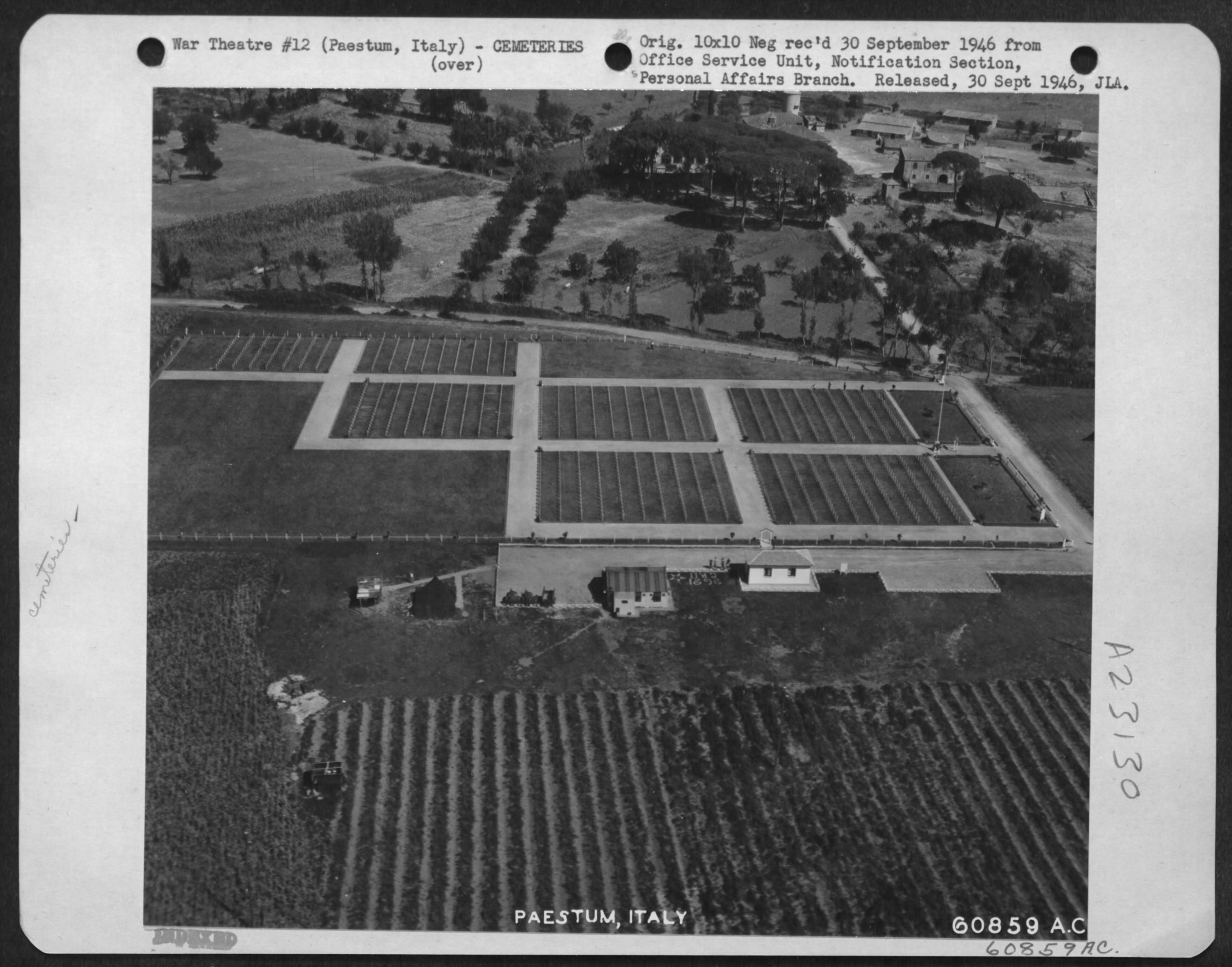