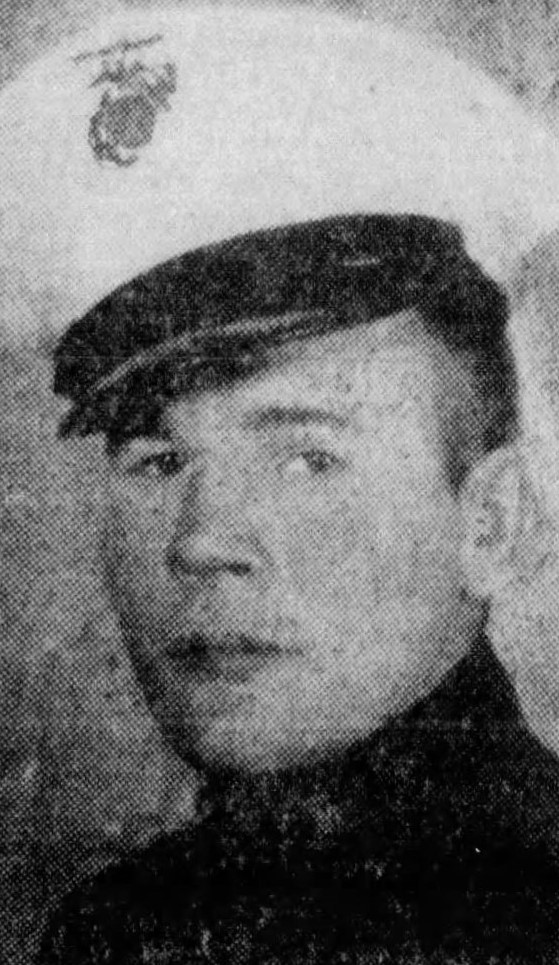 The Knoxville News-Sentinel, October 22, 1942
Notification of the death of Marine Pfc. John R. Lilly, fighting in the Solomons, reached the parents, Mr. and Mrs. Roscoe L. Lilly, 512 Watauga Avenue, today. A leader among his Lincoln Park boyhood associates and captain of B Company, ROTC at Knoxville High, young Lilly volunteered for the Marines last December shortly after Pearl Harbor. He was already an expert rifleman.
The message today from Lieut. Gen. T. Holcomb, Marine Corps commandant, said in part: “…. Deeply regret to inform you that your son … was killed in action in the performance of his duty in the service of his country…”He was the only child in the family. Private Lilly (nicknamed “Tiger Lilly” by youthful companions) attended Lincoln Park, Christenberry and Knoxville High Schools. Later, he was employed by City Utilities as groundman. He won quite a name in solftball circles as a pitcher for the Lincoln Park team which represented vaious commercial establishments in the league. Only last week the parents received the first two letters from their son since he had sailed. “I am feeling fine and everything is okay,” he wrote. A notice about the letter was published in The News-Sentinel. The message today said that temporary burial would be at the foreign station.

His cousin Lt. Claude Raymond Huffman died of wounds in the Pacific area on 5 October 1943 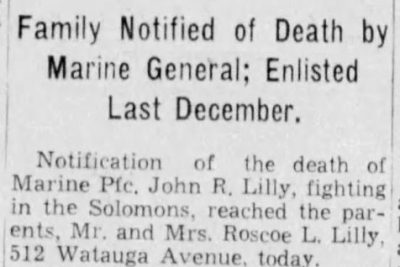