The Knoxville News-Sentinel, May 14, 1943
Cpl. John D. Maples, of Knoxville, was killed in action in North Africa on Feb. 14, according to a telegram received by his wife, who lives at 4202 Sutherland Avenue. On March 10, Mrs. Maples receied word from the War Department that her husband had been captured, but today’s telegram stated that information was an error, Mrs. Maples said. They have a daughter, Grace Ann, who is one and a half. Corpora Maples was a member of a tank destroyer battalion. He had been in overseas service a year, formerly having been stationed in Iceland. His death ocurred two days before his 33rd birthday. Before entering the Army six years ago, he was int he CCC. Mrs. Maples, is the former Miss Mildred Chadwick. 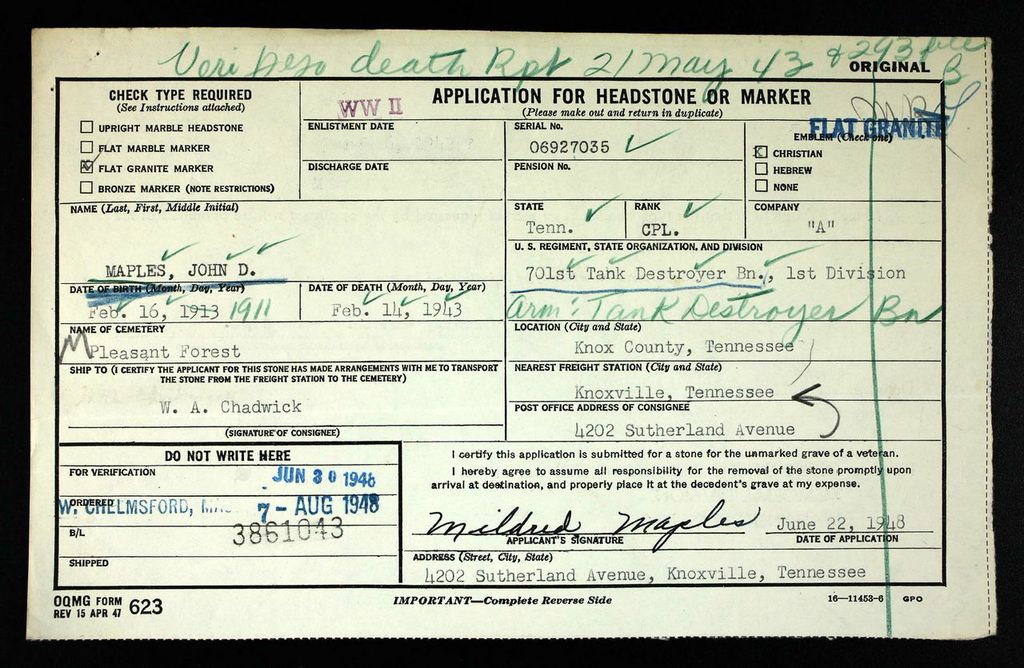 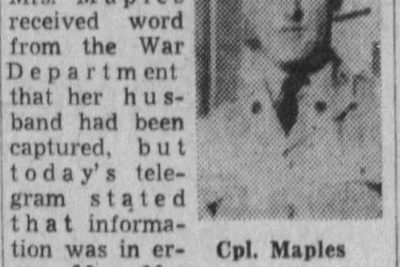 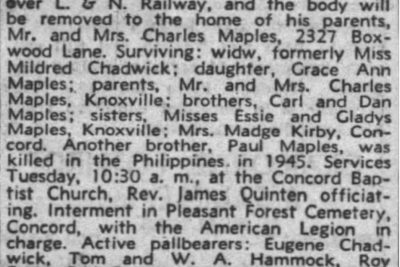