Eyewitness statement
Sgt William H. Hilzim said that he saw a B24 A/C which he believed was #345 got hit in #3 engine by flak near the IP. The A/C tried to make a run on the primary target but couldn’t stay in the formation. Plane was seen following the formation en route out of a lower altitude. Plane was last seen about 30 miles from the Belgium coast at an altitude of between 8,000 and 10,000 feet.

Control tower received notification from radio station at West Malling that they had picked up a message from A/C 345 giving position as south of Liège, Belgium.

All crew members bailed out over water at about 15:30 approximately 10 miles west of Ostende, Belgium. 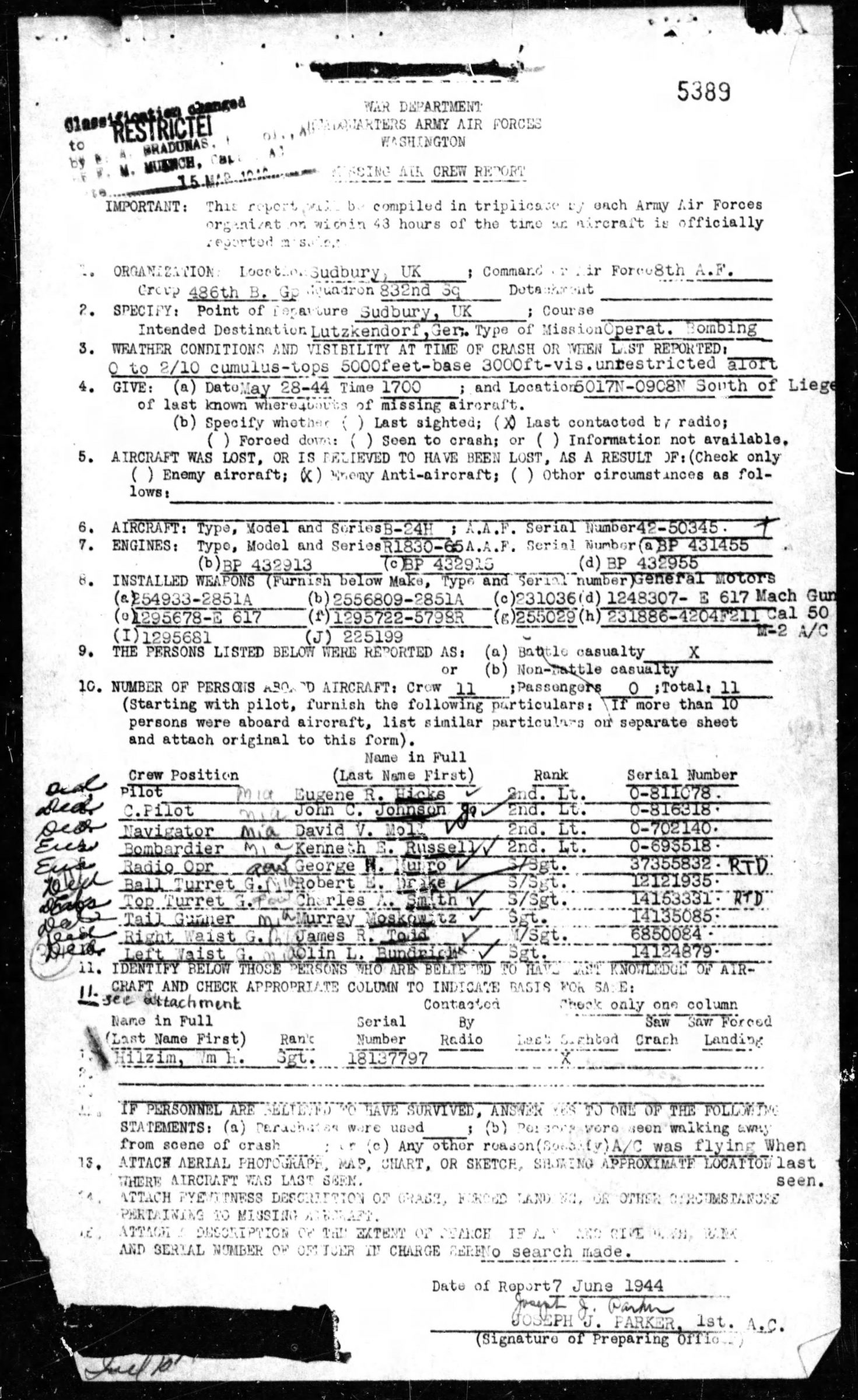 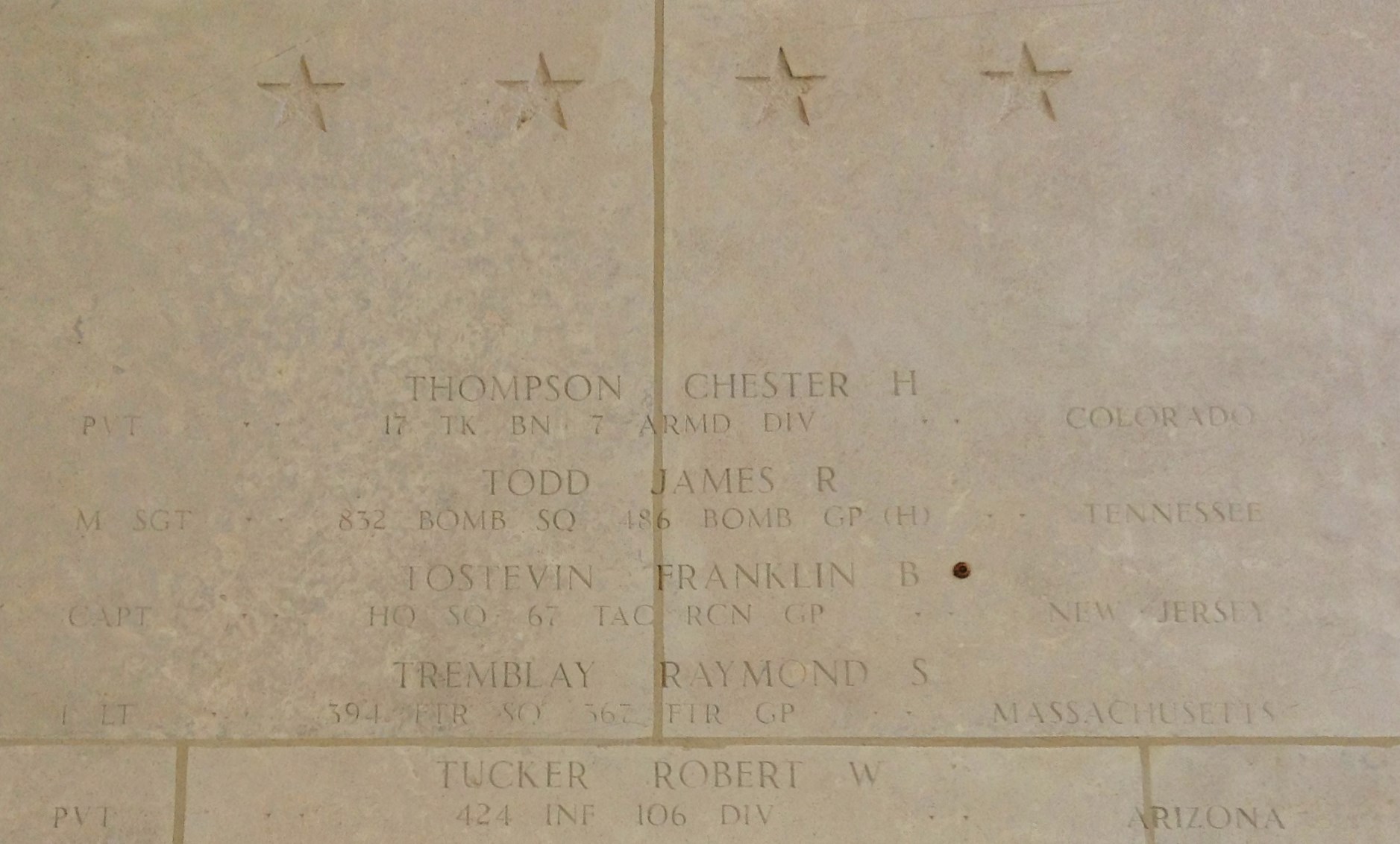