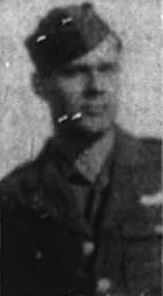 Aircraft B-24J, with serial number 44-40206 crashed near Sizewell, Suffolk in England, killing all on board. He was on the same crew as T/Sgt Cecil L. McCloud.

The Knoxville Journal, June 23, 1944
Tech. Sgt. James Lee Haynes, 25, son of Edd Haynes, of Maynardville, has been killed in an airplane accident over England, according to word received recently by his father from the War Department. The message stated his friend, Lynn McCloud, of the Air Corps, also was killed. Haynes was graduated from Horace Maynard High School in 1939, and entered the service soon afterward. He took basic training in the Canal Zone and had served three and one-half years overseas. Haynes participated in the battle of the Solomons.
A stepson of Mr. Haynes, John Wayne Mullins, is serving in New Guinea. 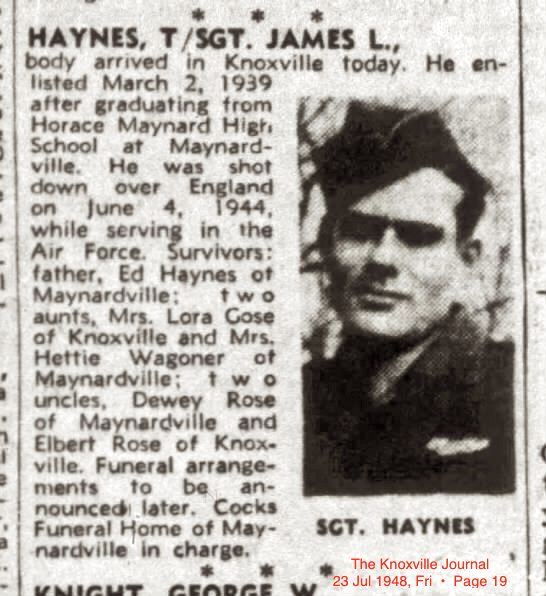 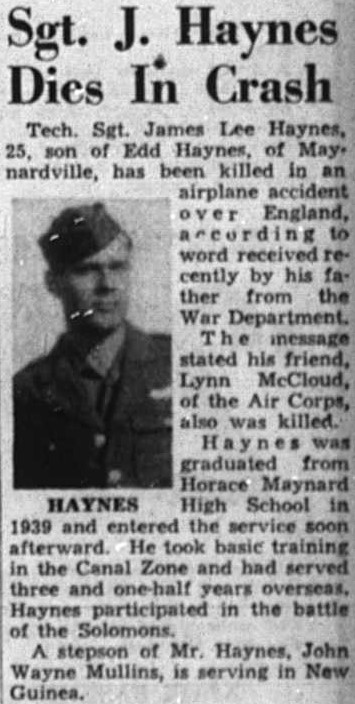