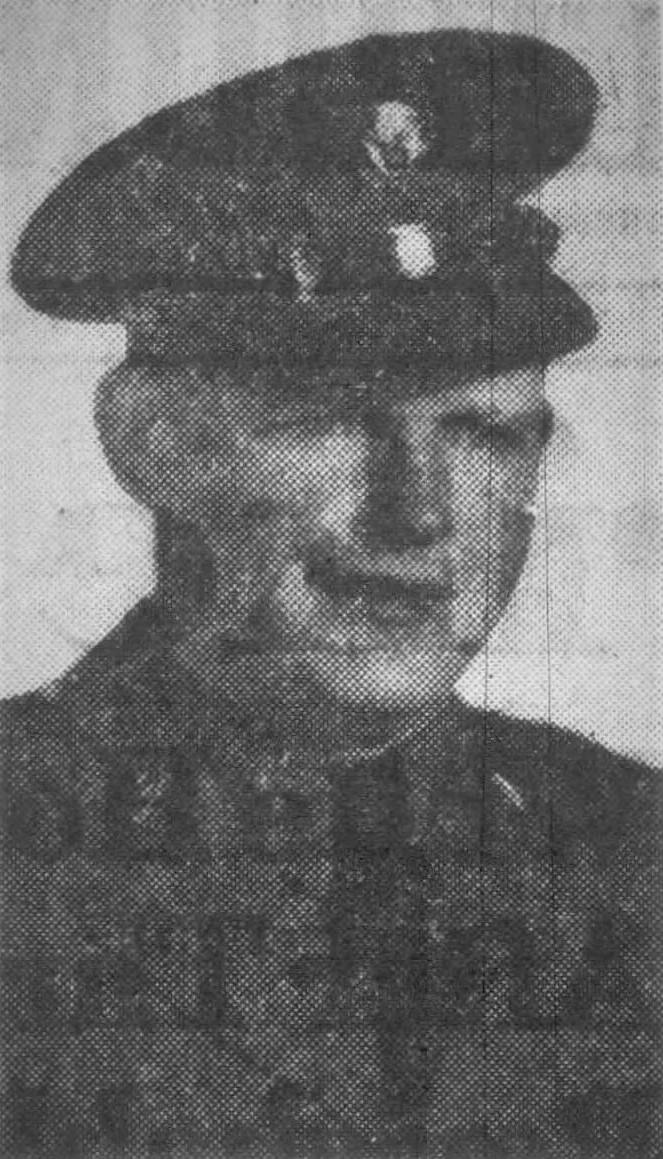 Ira Lynn Meredith was born on 2 December 1914 to William G. Meredith Jr., and Lizzie Hammett. His mother died in 1936 and his father married Lucinda Bishop. Ira had four sisters and one brother.
He was killed in action on 9 June 1944 in France.
Buried at Meredith Cemetery, Elizabethton, TN

Ira was a member of the 4th Infantry Division and was killed in France on D-Day plus 3. He was awarded (posthumously) the Distinguished Service Cross for his heroic action taken on June 9, 1944. He was wounded by German gunfire; yet he continued to fight despite his wounds. He killed the crew of a machine gun nest that had his men pinned down. He received more gunshot wounds but continued to assault another machine gun nest. He finally went down and died from his numerous wounds.
–Submitted by Rick Meredith

The Johnson City Press-Chronicle, October 27, 1944
Posthumous award of the Distinguished Service Cross of Staff Sgt. Ira Lynn Meredith, who was killed in France June 9, has been announced to his father, William G. Meredith of Elizabethton, Route 4. The medal is the first of its kind known to have been presented a Carter Countian during this war. Meredith today was awaiting word from the Fourth Service Command in Atlanta, Ga., on arrangement for formal presentation of the medal. The message from the adjutant general said the medal would be sent to the commanding general, who would sen dan officer make the presentation.
The citation read: “For extraordinary heroism in action against the enemy on 9 June 1944 in France. As the first and second platoons of Staff Sergeant Meredith’s company were advancing upon a hill, the enemy opened up with machine gun mortar and rifle fire upon them from both flanks. Staff Sergeant Meredith, although wounded by rifle fire, without delaying to think of his own personal safety charged a machine gun position and succeeded in killing several of the enemy and destroying the gun. In his assault, Staff Sergeant Meredith was again wounded but valiantly continued to advance upon the enemy until he fell dead. The complete devotion to duty, gallantry and heroic determination to destroy the enemy, even at the cost of his own life, reflects great credit upon himself and was in keeping with the highest traditions of the armed forces.”
Sergeant meredith, who was 29 years old, was among first Allied forces to land in France. A member of an infantry outfit, he had been in England since January of this year. After entering the Army ar Fort Oglethorpe, Ga., January 17, 1942, he trained at Camp Wheeler and Camp Gordon, Ga., Fort Dix, N.J., and Fort Jackson, S.C. He went to England last January.
Surviving besides the father are a stepmother; a brother, Elbert Meredith of Johnson City, Route 5; four sisters, Mrs. Hobart Taylor and Misses Marie and Jeanette Meredith, all of Elizabethton, Route 4 and Mrs. Frank Eugene Verran of Elizabethton, whose husband, Radioman First Class Frank Eugene Verran, was killed in a naval plane crash near Montauk Point, L.I., August 18, 1943. 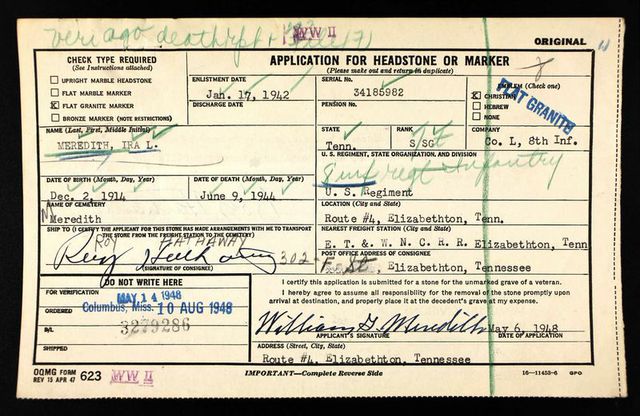 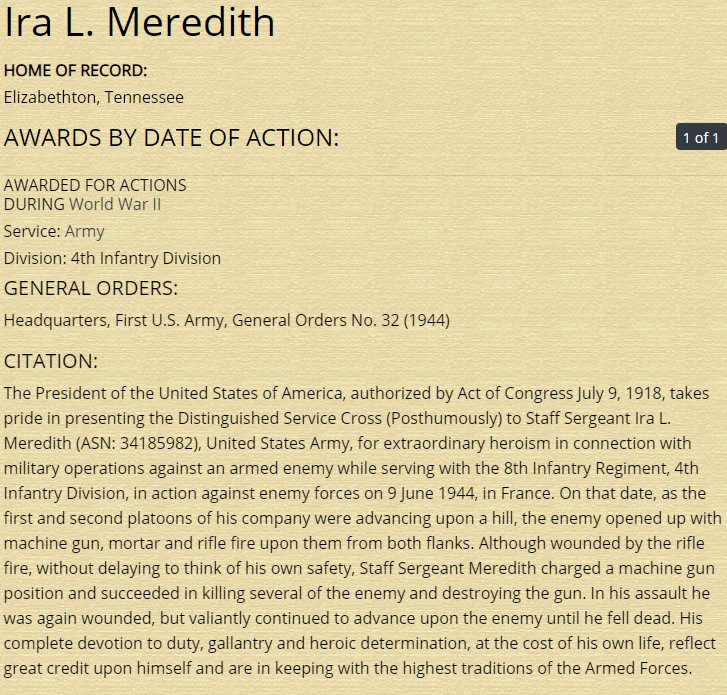 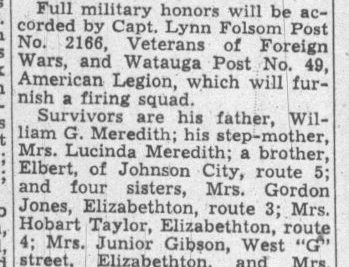 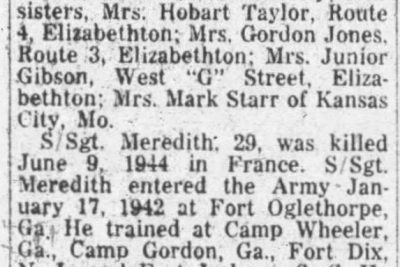 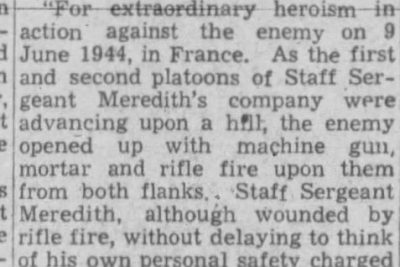 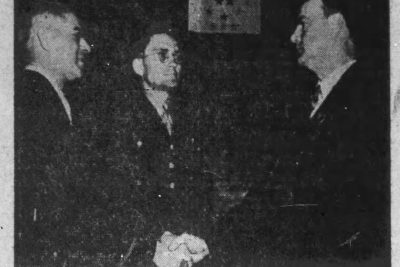 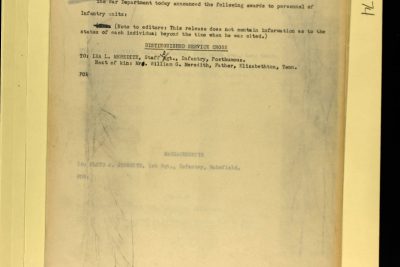