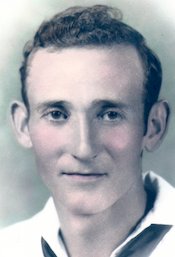 Frank Eugene Verran was born in Spruce Pine in North Carolina to Thomas Henry Verran and Martha Ann Fender. He married Sallie Meredith in 1942. Their son, William Thomas Verran, was born to the couple in July, 1943. Frank Verran was aboard a training when which crached in the ocean eight miles off Montauk Point, L.I.

His brother-in-law, S/Sgt. Ira Lynn Meredith was killed in France on 9 June 1944.

He has a memorial stone in Happy Valley Memorial Park, Elizabethton, TN. 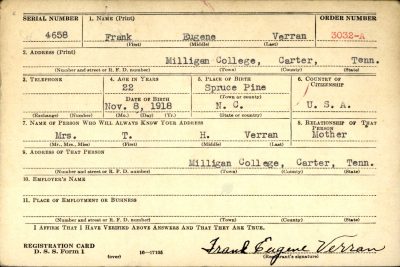 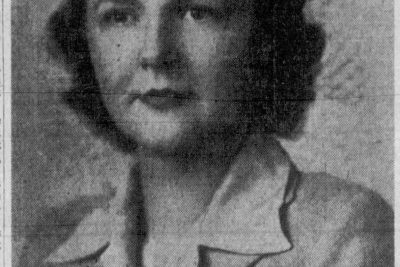 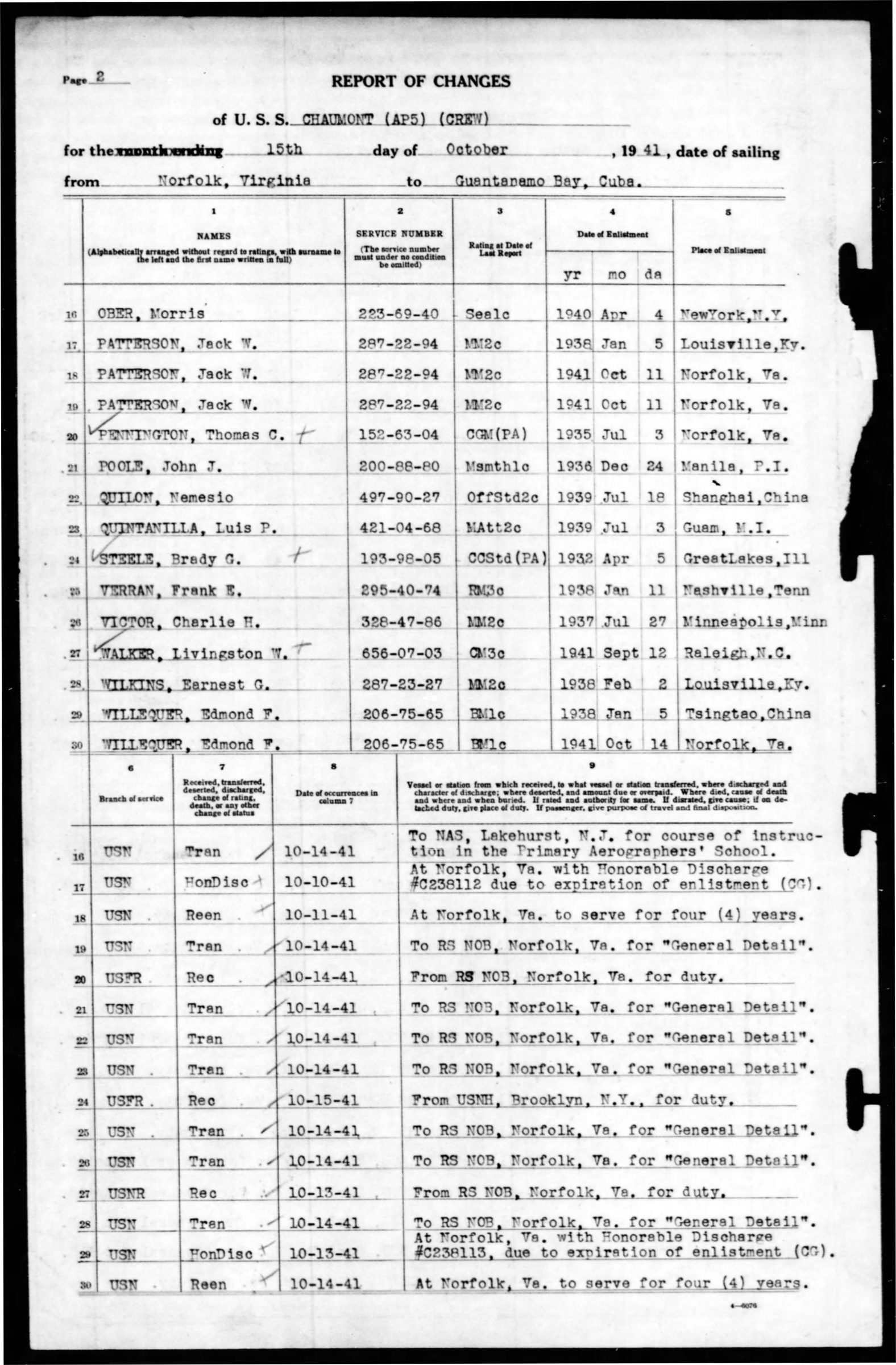 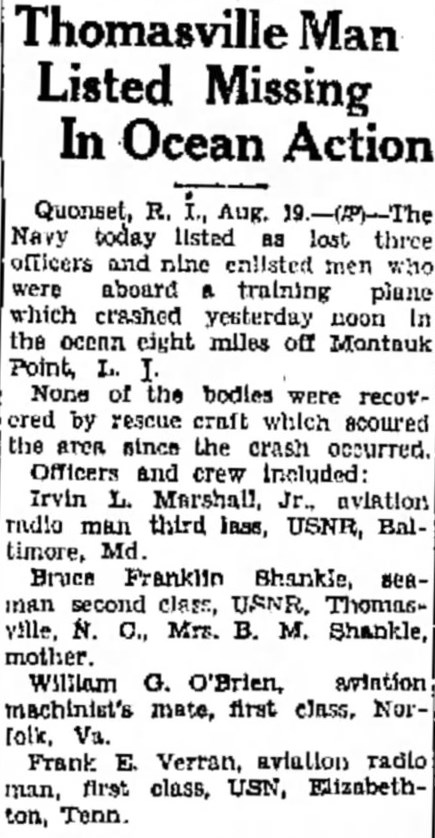 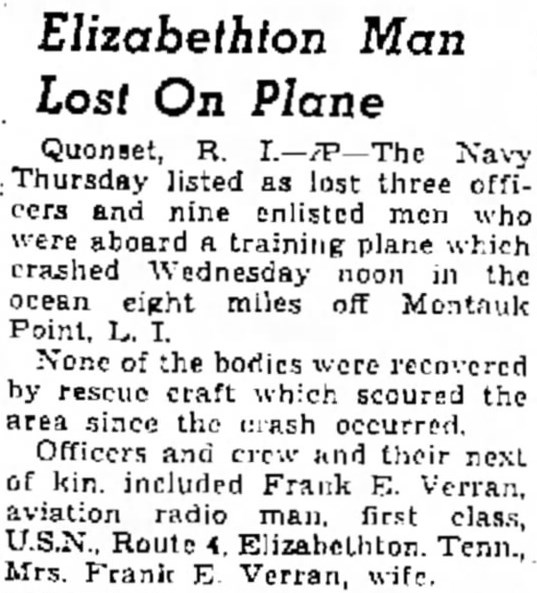