“The President of the United States of American, authorized by Act of Congress, July 9, 1918, takes pride in presenting the Silver Star (Posthumously) to Private First Class Homer McClure, United States Army, for gallantry in action against the enemy while serving with the 24th Infantry Division at Mainit River, Leyte, Philippine Islands, on 28 October 1944. On this day the enemy was strongly entrenched on the northwest bank of the Mainit River, holding the bridge on Highway No. 2 and covering the road with intense automatic fire. A company of infantry made an envelopment of the enemy’s left flank and overcame all opposition until an enemy machine gun at the northwest end of the bridge halted the advance with deadly accurate fire. Private McClure, seeing the enemy machine gun had pinned down a portion of his platoon and had caused some casualties, worked his way forward to a position from which he could observe the enemy emplacement. He raised himself to a kneeling position and fired his rifle at a range of 30 yards into the machine gun position. After exhausting one clip of ammunition, he fell to the ground mortally wounded. His heroic attempts to destroy the one remaining position holding up the company’s advance made possible a flanking maneuver by several other men which destroyed the position. Private McClure’s bravery and disregard for his personal survival are worthy of the highest traditions of the military service.” 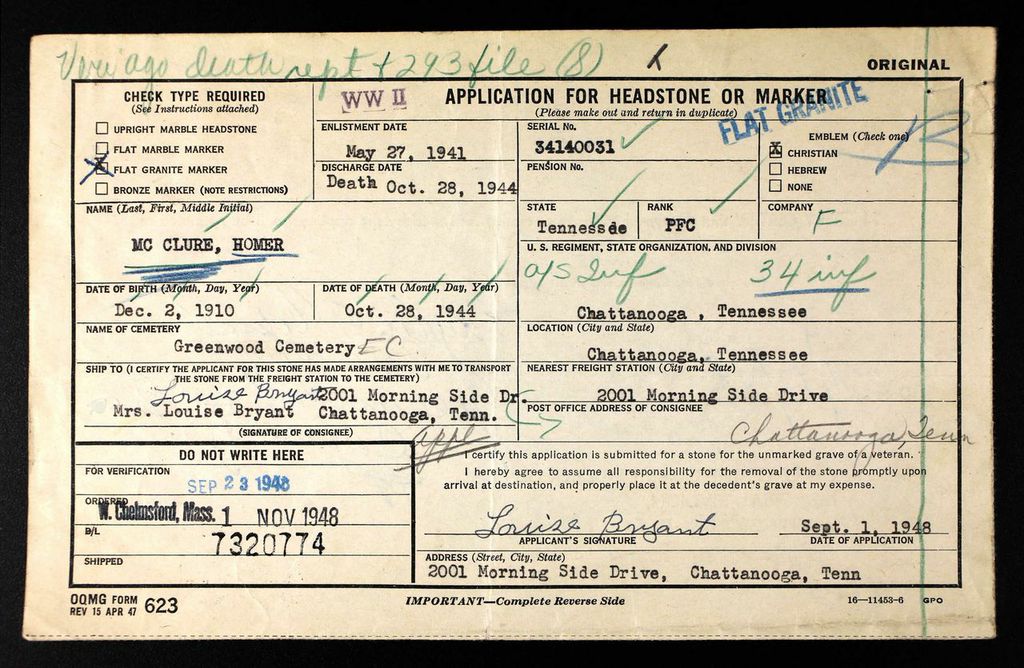