Aircraft B-24H with serial number 42-64435 was on a bombardment mission to Munster in Germany. On their way back to England the aircraft was last seen over the North Sea with No. 2 engine on fire after which a large explosion was observed beneath the ship, believed the bombs from the plane. After the explosion the plane was seen going down out of control and headed back towards the Dutch Coast. 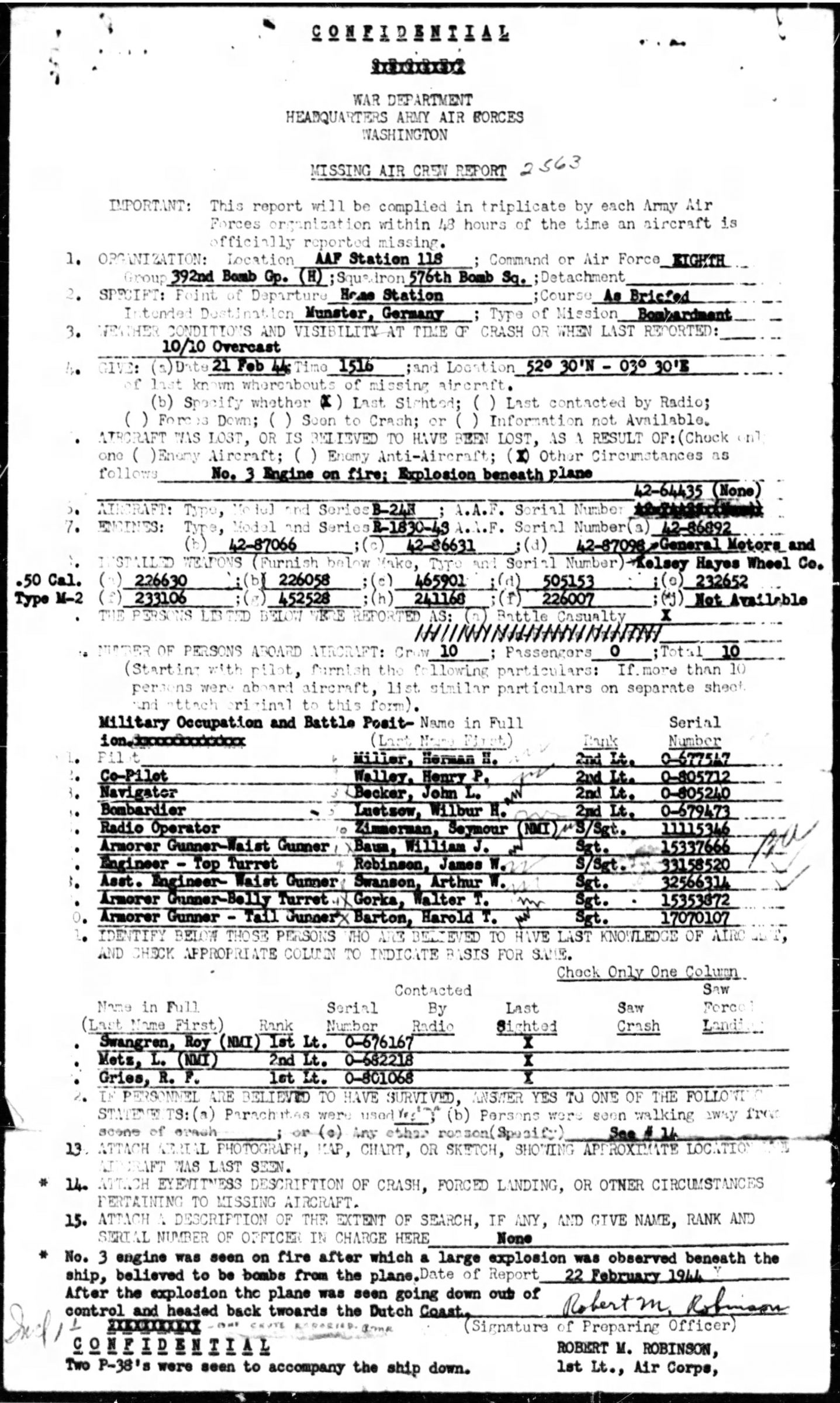