Private First Class Harold E. Hedrick #34283116 US Army was assigned to the 337th Infantry Regiment of the 85th infantry Division. The Division in May of 1944 was involved in fighting the Germans in Italy.
From the unit History:
The morning of 15 May 1944, the 3rd Battalion marched from their assembly area, moved on line with the 2nd Battalion, and at 1500, launched a coordinated attack against Castellonorato in conjunction with the 2nd Battalion. Despite the fact that the objective had been bombed several times the day previous to the attack, and despite strong artillery and tank support, the Germans continued to hold on tenaciously. On the way to the objective, Company I overran hill 104, the objective of an adjacent regiment, and destroyed enemy resistance therin. In this skirmish, Captain Robert, Company I Commander, lost his life. By dark the 2nd and 3rd Battalion had taken Castellonorato, meeting some resistance. They moved past the hill to the west, halted, and prepared to continue the attack at 180500. 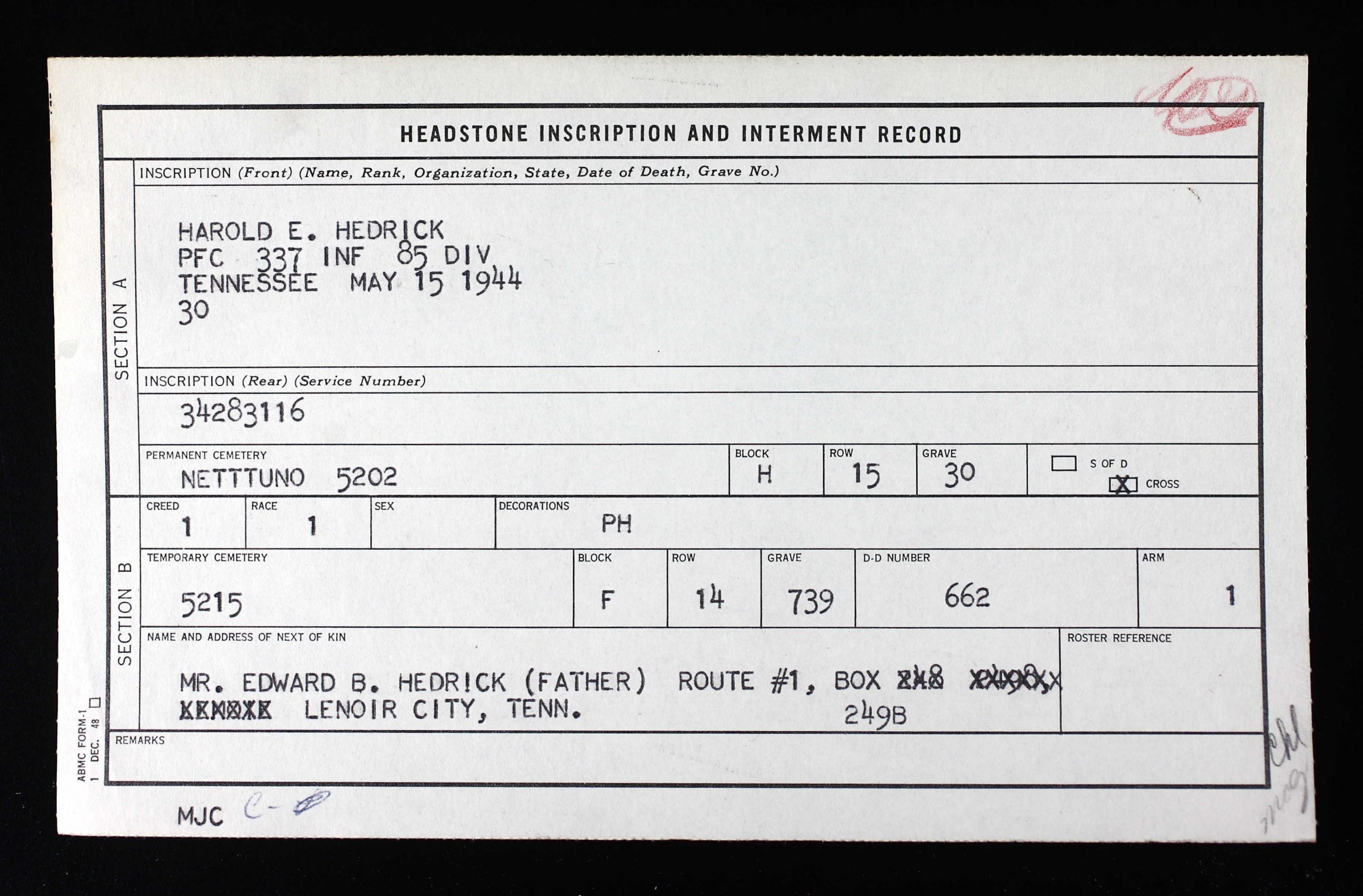 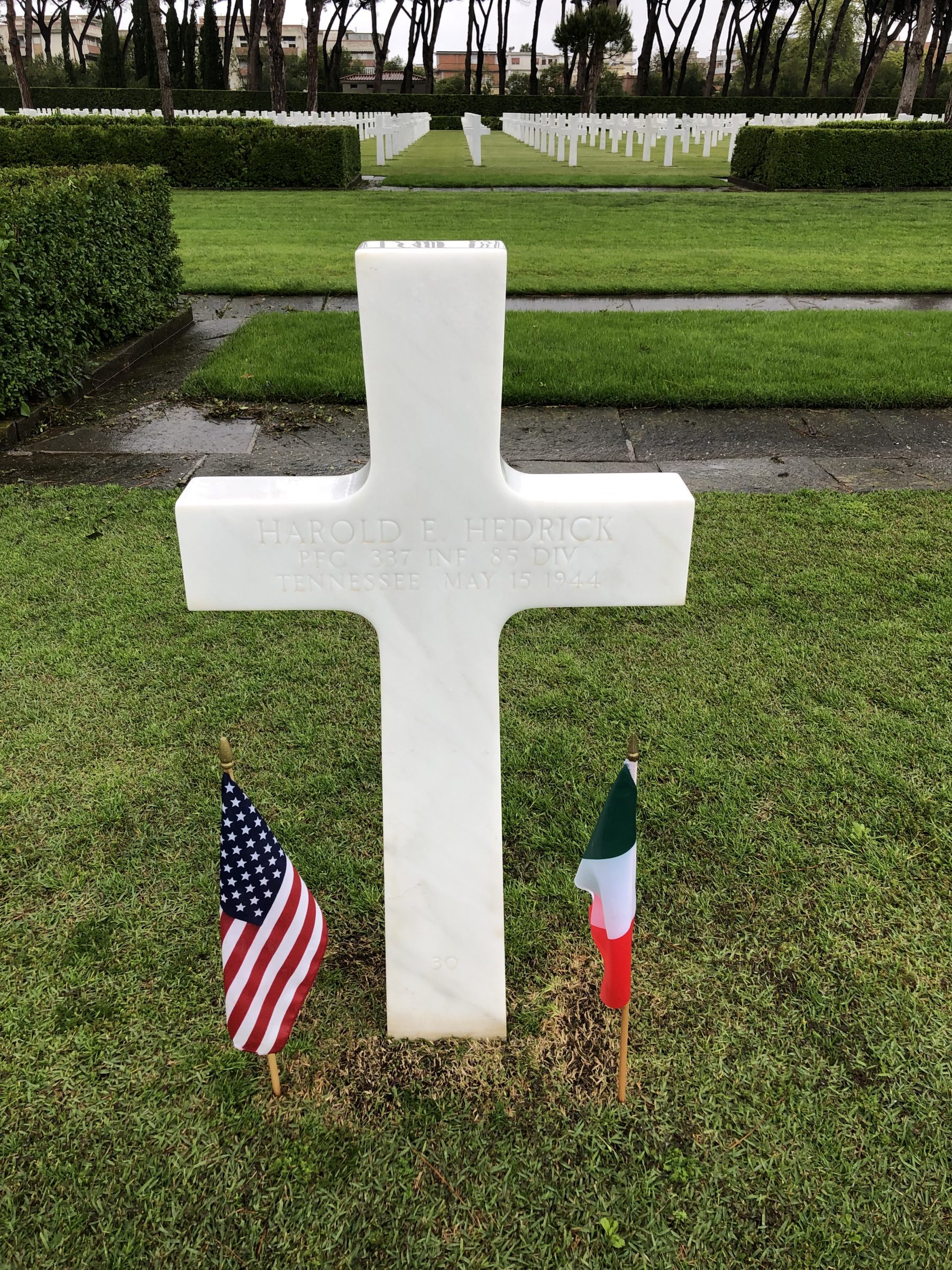