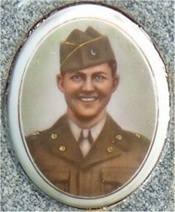 Zeb William Vance, Jr. was born July 20, 1930, the son of Zeb William Vance Sr. and Emma Ann Vance of Loudon County, TN. Private First Class Vance was a Heavy Weapons Infantryman with Company M, 21st Infantry Regiment, 24th Infantry Division, United States Army. On June 30, 1950, Corporal Vance and his regiment were ordered from Itazuke Air Base in Japan to Taejon, South Korea, forming the first infantry element in Korea that would be called Task Force Smith. Vance’s battalion arrived in Pusan on July 4, 1950, and proceeded to Chochiwon over the next week. On July 12, 1950, only twelve days after being deployed to South Korea, Vance and the rest of the members of 3rd Battalion were engaged with North Korean tanks and infantry. The North Korean troops soon had the battalion surrounded, and the 3rd Battalion was completely overrun. Corporal Zeb Vance was one of over three hundred killed during that engagement at Chochiwon. Zeb Vance is buried at Union Fork Creek Cemetery in Loudon, TN. 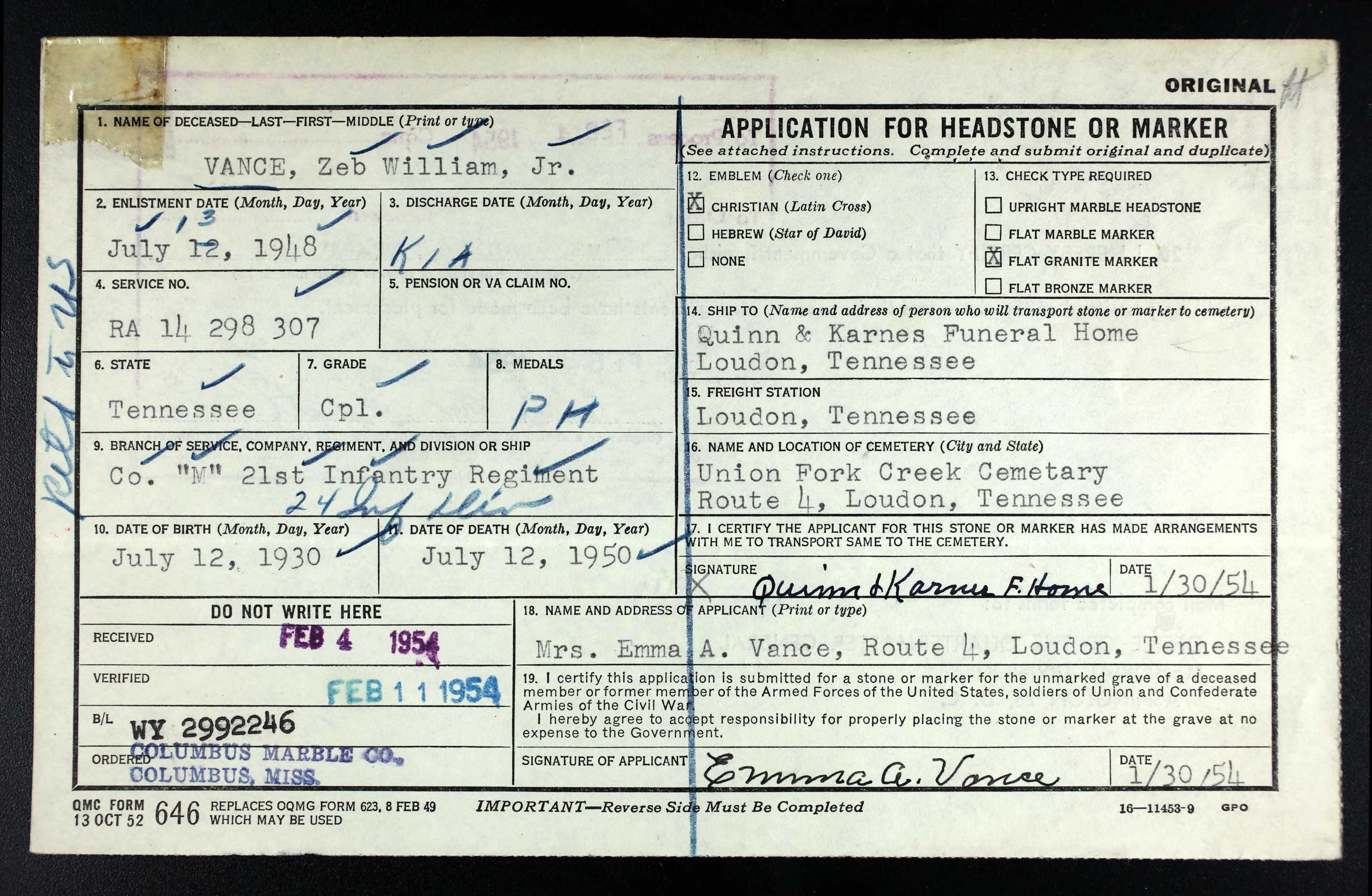