Private First Class Y.J. Crum was a member of the 999th Field Artillery Battalion, 3rd Infantry Division. He was killed in action while fighting the enemy in South Korea. He enlisted in the United States Army on April 3, 1951.

Private First Class Crum was returned to the United States and was buried in Union Cemetery in Newport, Tennessee.

The Newport Times, March 26, 1952
The body of Pfc. Y.J. Crum, 21, is to arrive in Newport March 27th, accompanied by Military escort. Pfc. Crum was born June 7, 1930 and was killed in action Jan 22, 1952 in Korea. He graduated from Cocke County High School in the class of 50. He was a member of the Shady Grove Baptist Church. He entered service April 3, 1951 and trained in Ft. Jackson, S.C. and Ft. Sill, Okla and went overseas December 22, 1951 and met his death one month later. Pfc. Crum was in Btry 999th. A.F.A: B.R.
The survivors are his parents, Mr. and Mrs. Alonzo Crum; eight brothers, Leonard, Parin, Ben, Franklin, T.J. Ernest and William of Newport, Homer of Eden, Texas; one sister, Mrs. Jack Nailon, Newport. 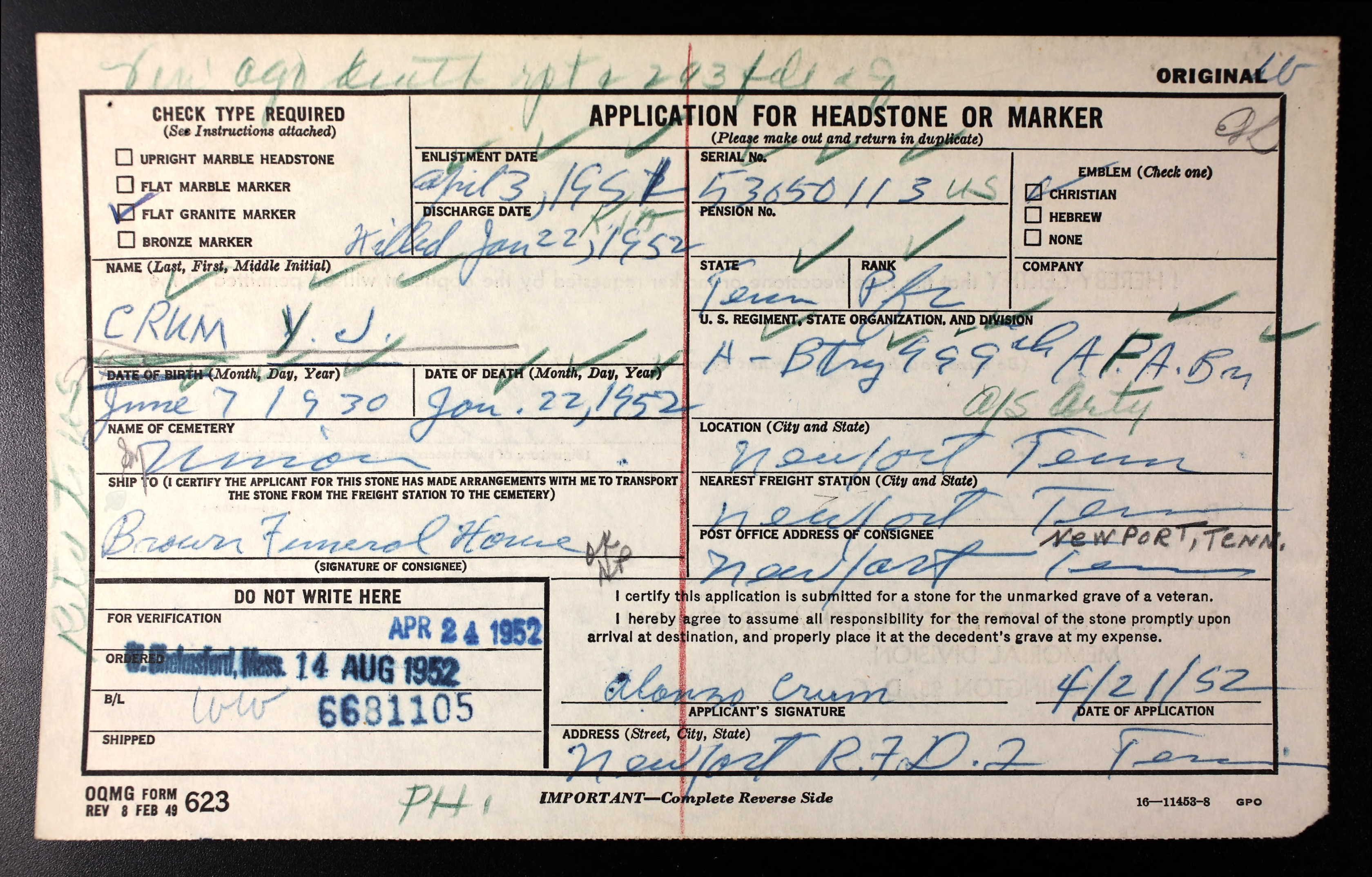 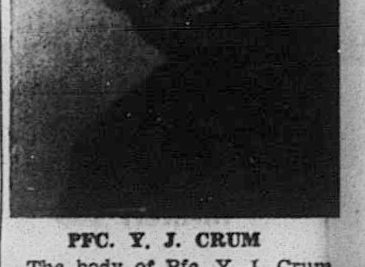 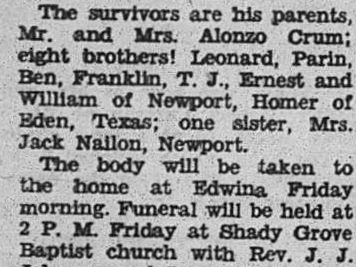