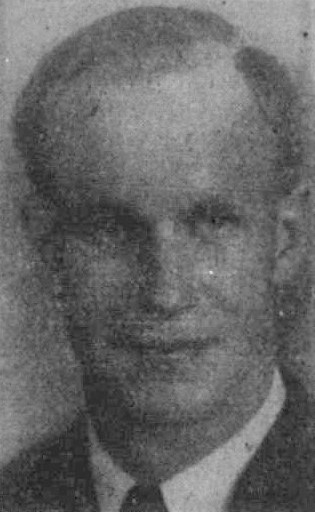 Captain Clark was a 1940 graduate of the University of Tennessee.

The Knoxville Journal, March 7, 1943
Mr. and Mrs. E.C. Clark, 1312 White Avenue, have three sons in the armed forces and a daughter who is secretary of the University of Tennessee. Capt. Ernest C. Clark Jr., is with The Paratroops in Australia. Capt. Wyman K. Clark, who is with the motorized infantry, is stationed at Camp Gordon, Ga. The third and youngest son, Second Lieut. John Kennedy “Doc” Clark was ordered to report to Camp Robinson, Ark., March 5. John who will receive his degree with U-T March 15, is a member of Pi Kappa Phi. When he received his degree, he will be the fourth member of the family to be graduated from the University. The daughter is Mrs. Laura Clark Lewis. 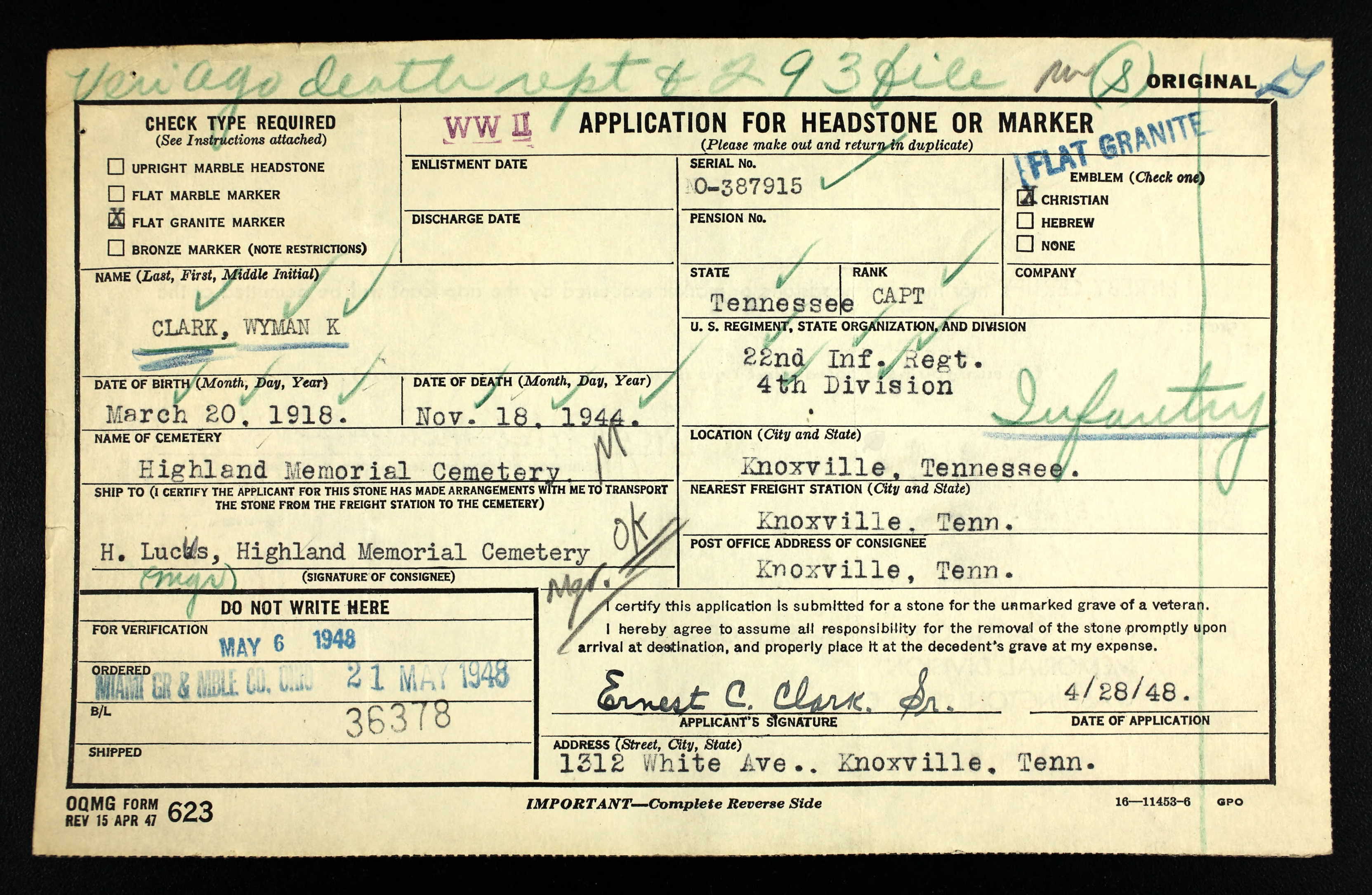 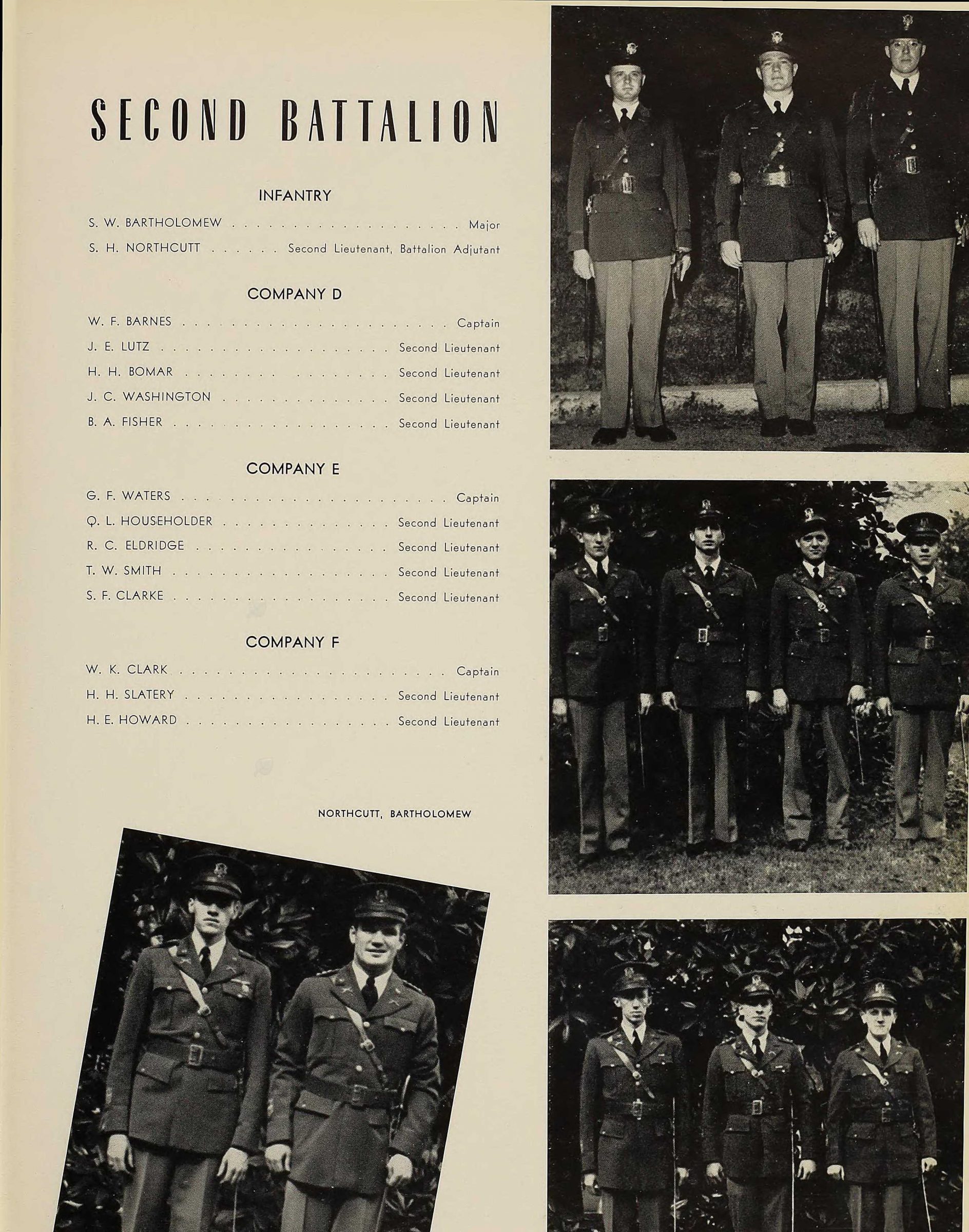 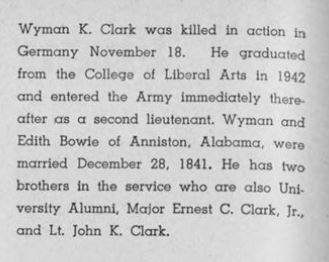 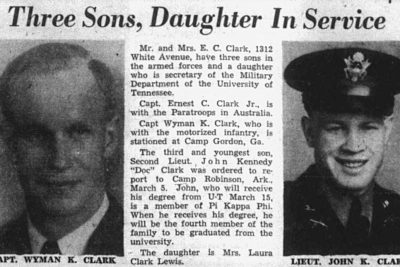