Sgt Sloan was stationed at Camp Howze, Texas. He died of injuries caused by an automobile collision 3 miles south of Gainesville, Texas on highway 77.

The Knoxville Journal, November 23, 1944
Madisonville, Nov. 22 – The body of Sgt. Wray R. Sloan, who was killed in an automobile accident Sunday, Nov. 19, at Camp Howie, Texas, arrived in Madisonville Tuesday night. Sergeant Sloan was attached to the Infantry Advancement Replacement Center at Camp Howie. He received his education at Vonore High School and Hiwassie College. During his high school days he was a star football player on the Vonore football team. He was the son of Mr. and Mrs. Calloway Sloan, Vonore, Route 2. Funeral service will be held from Vonore Methodist Church. 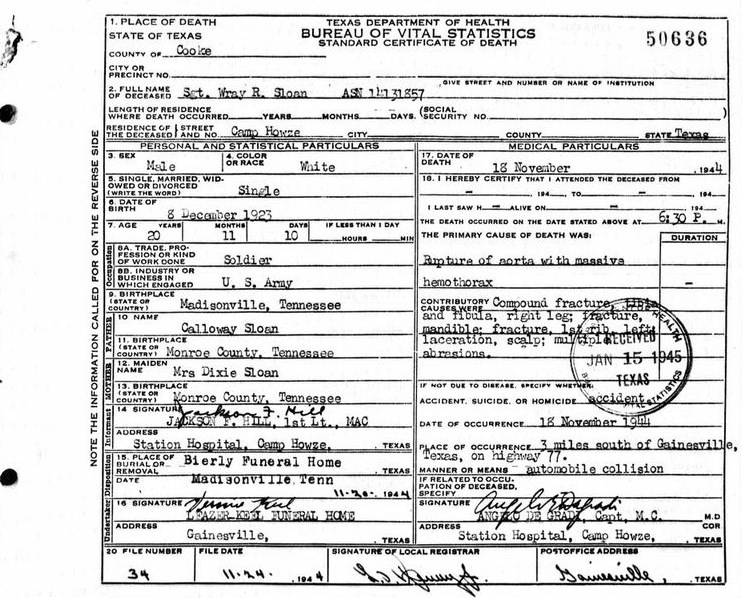 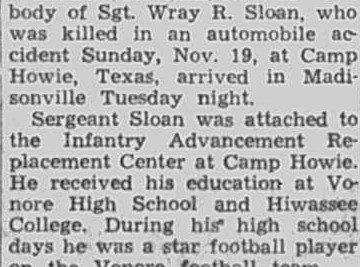