Woodrow Wilson Von Rohr, Gunnersmate Second Class of the U.S. Navy, was lost during enemy action on December 7, 1944, while the vessel Mahan was acting as radar picket ship during the U.S. invasion of Ormoc, Leyte Gulf, Philippine Islands. The ship was hit by Japanese Kamikaze planes with such ferocity that the vessel Mahan was sunk with all aboard.

From the Dictionary of American Fighting Ships:
USS Mahan DD-364 was on patrol 7 December 1944 between Leyte and Ponson Islands, the Mahan came under attack by Japanese Kamikaze Planes. During the attack they crashed into USS Ward APD-16 and Mahan was able to shoot down three planes before being struck by three more. The Kamikaze started uncontrolled fires on both ships. USS Walker DD-723 came to the assistance of Mahan and despite exploding magazines was able to rescue 22 officers and 216 men. The Walker was ordered to sink the Mahan and fired 30 5-inch rounds and 1 torpedo into her. While retiring from the action the Walker shot down 14 more Kamikaze planes. 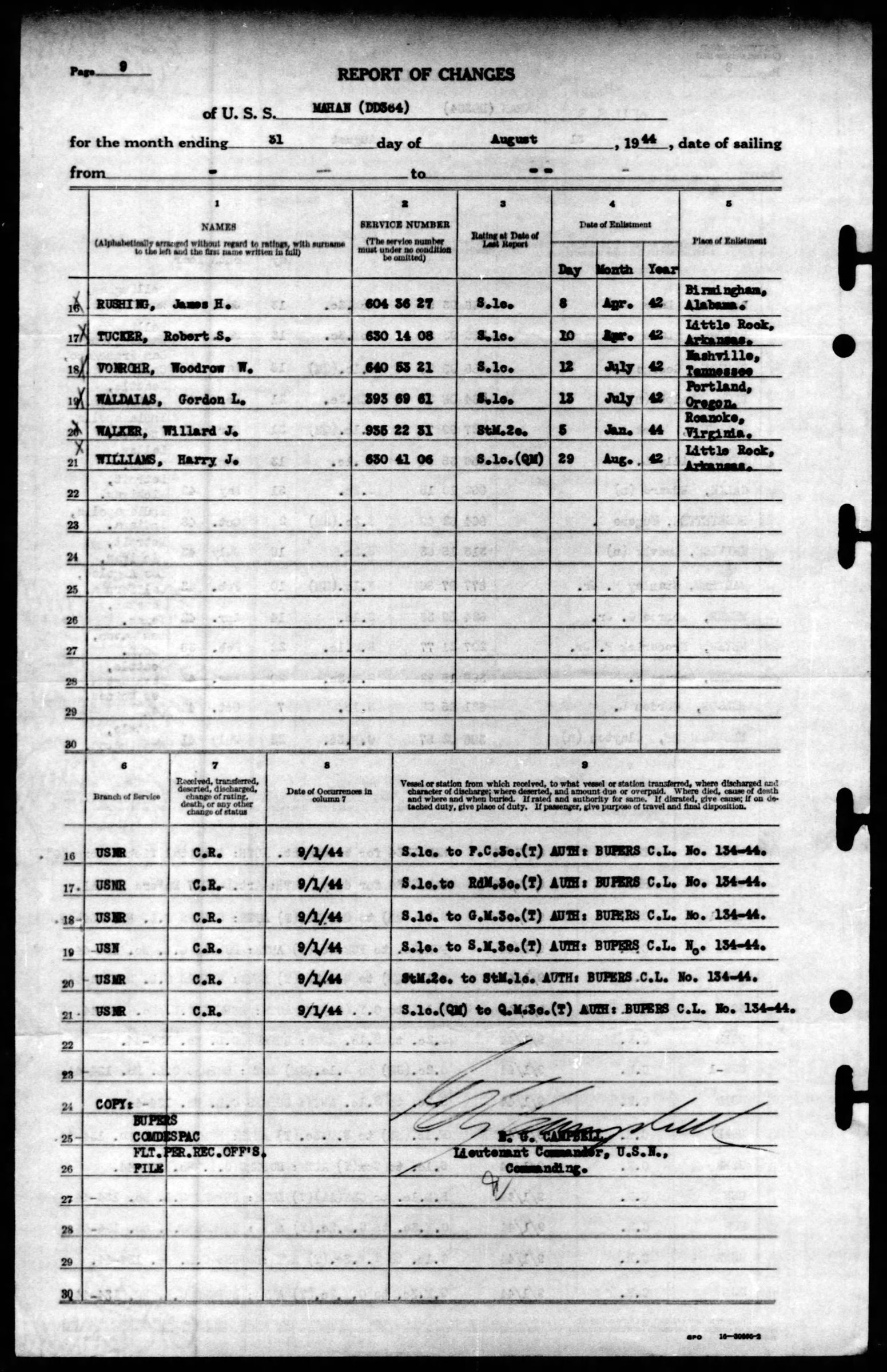