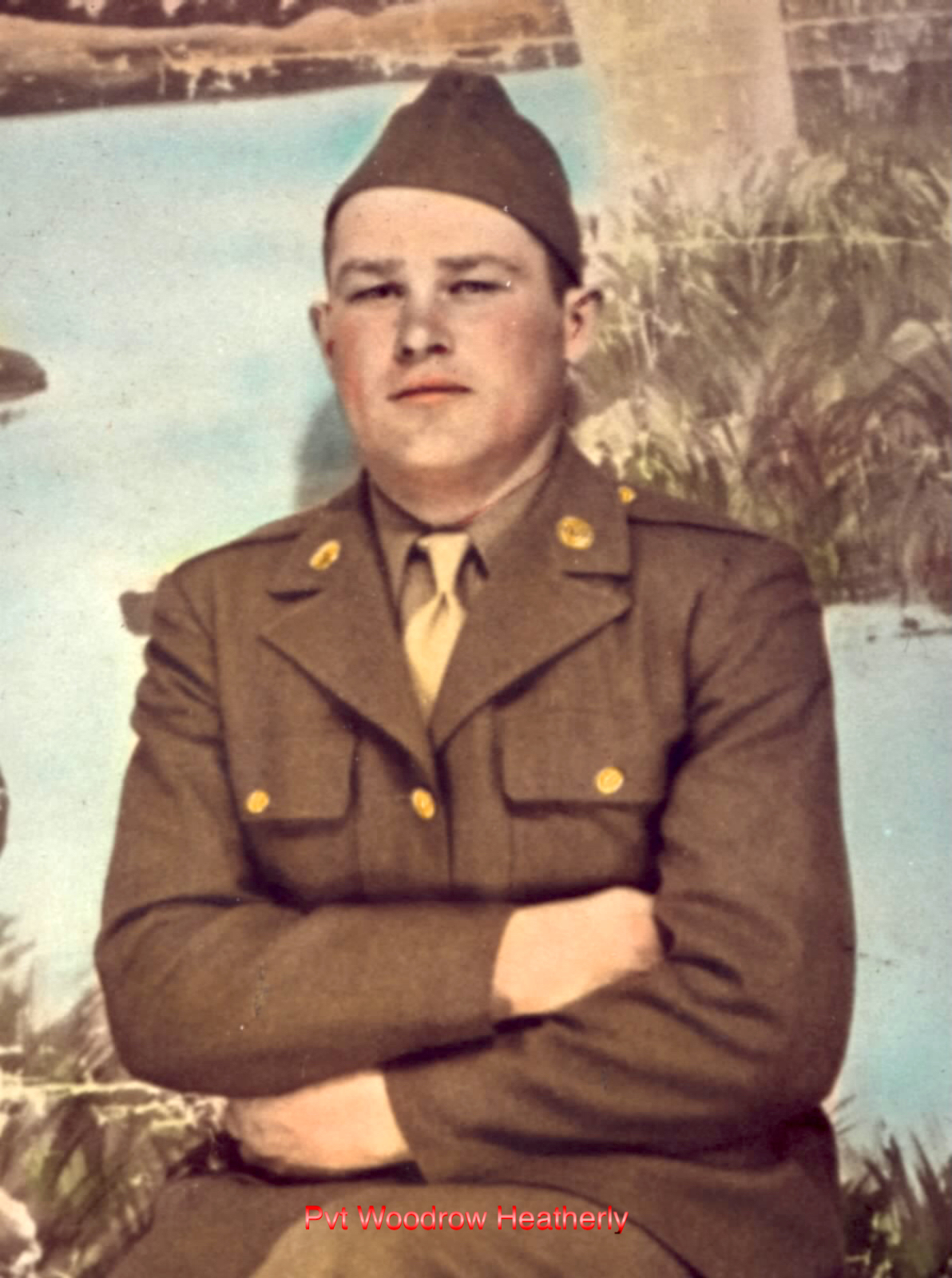 From the Campbell County Military website. Provided to the site by Tim Sheppard.

The Knoxville News-Sentinel, February 6, 1945
Pvt. Woodrow Heatherley, son of Alex Heatherly, of La Follette, was killed in France on Oct. 8, his family has been notified. Pvt. Heatherly was 31 years old. He entered service in December, 1942, and went overseas in July 1944. He was with the Seventy Army. Before entering service, he was a farmer in Campbell County, He as three brothers living in Knoxville, Bill Heatherly, Lewis Road, Fountain City; Henry Heatherly, Route 7 and Kyle Heatherly, 142 Ailor Avenue and one serving in the Army, Pfc. Charles H. Heatherly who enlisted in 1941, and is stationed at Camp Kahlor, Calif. 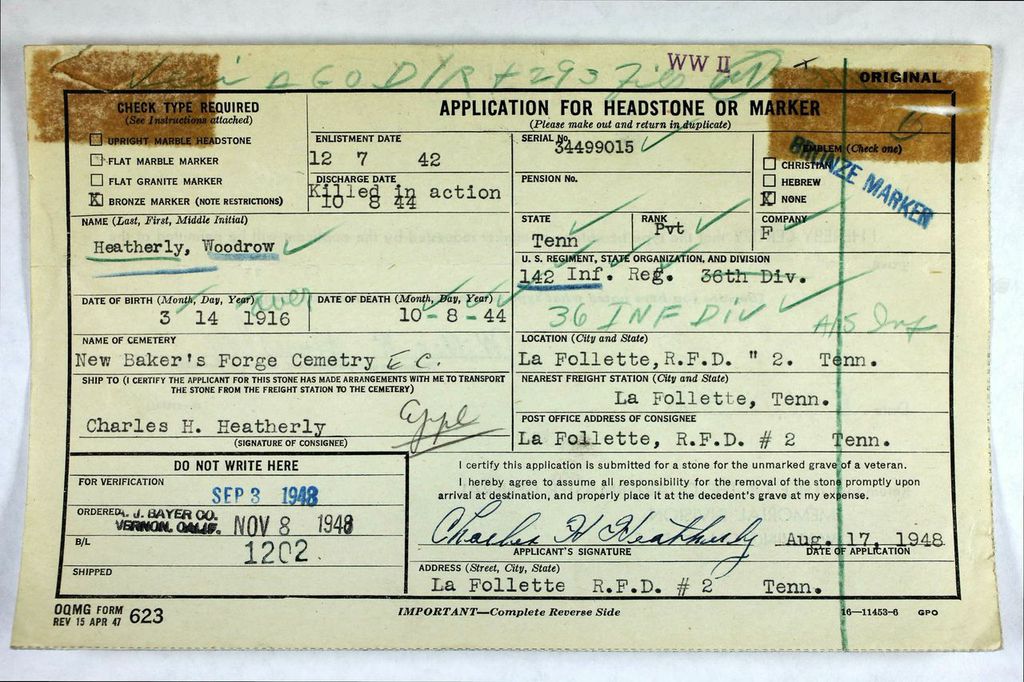 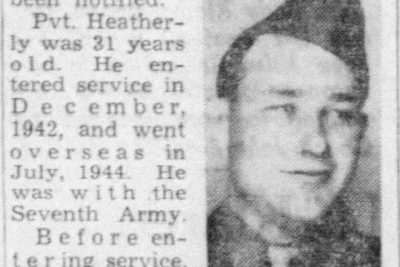 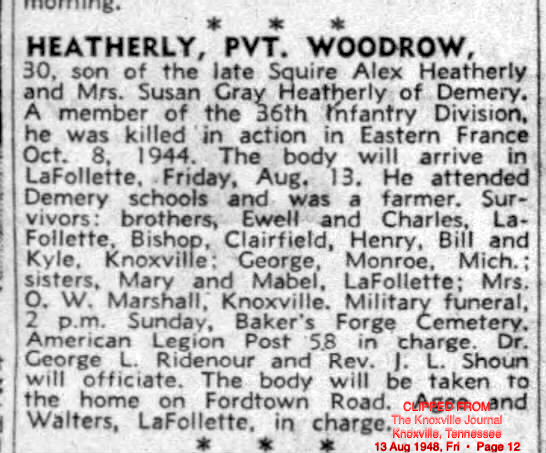 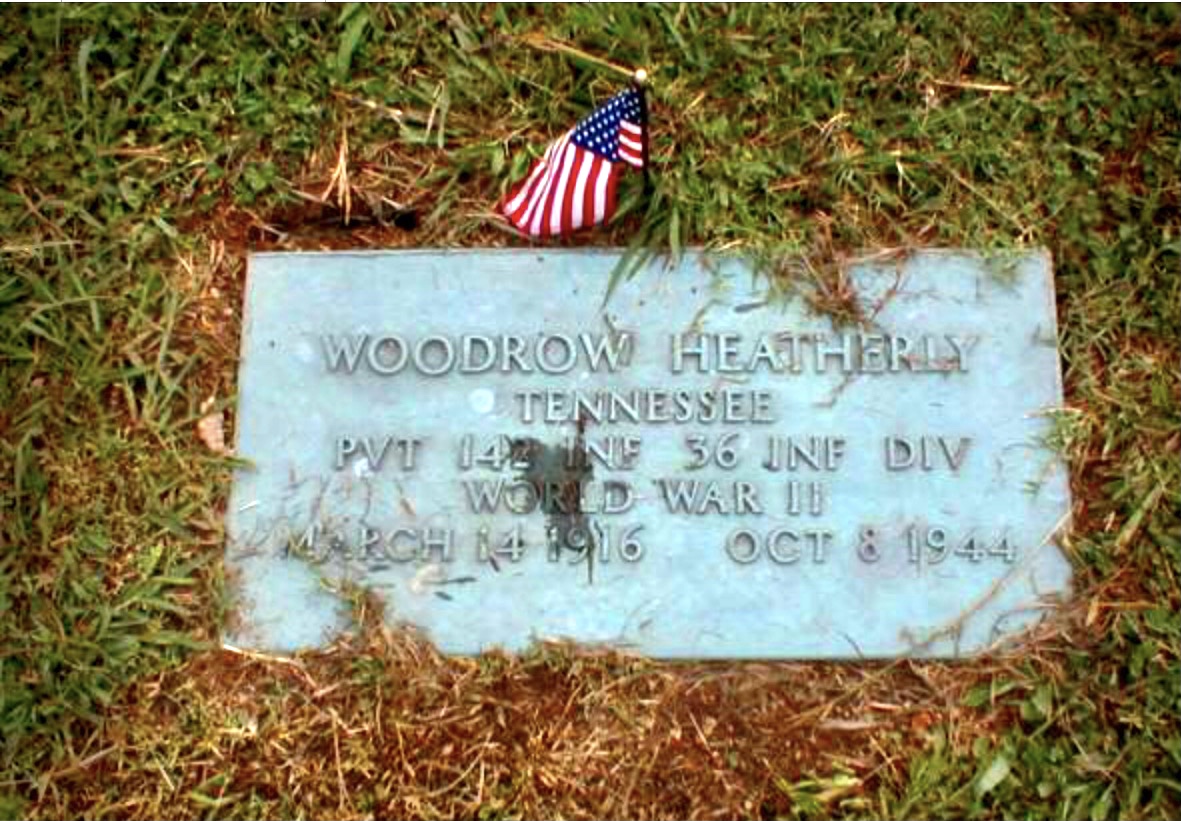