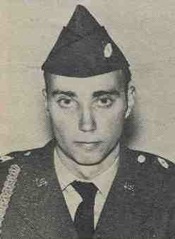 Son of Mr. & Mrs. Jessee Smith. Smith had been missing since May 14. He had been in Vietnam since January. He was employed at Monroe Industries at Tellico Plains before entering the Army in Aug. 1968 in action in the Vietnam War.