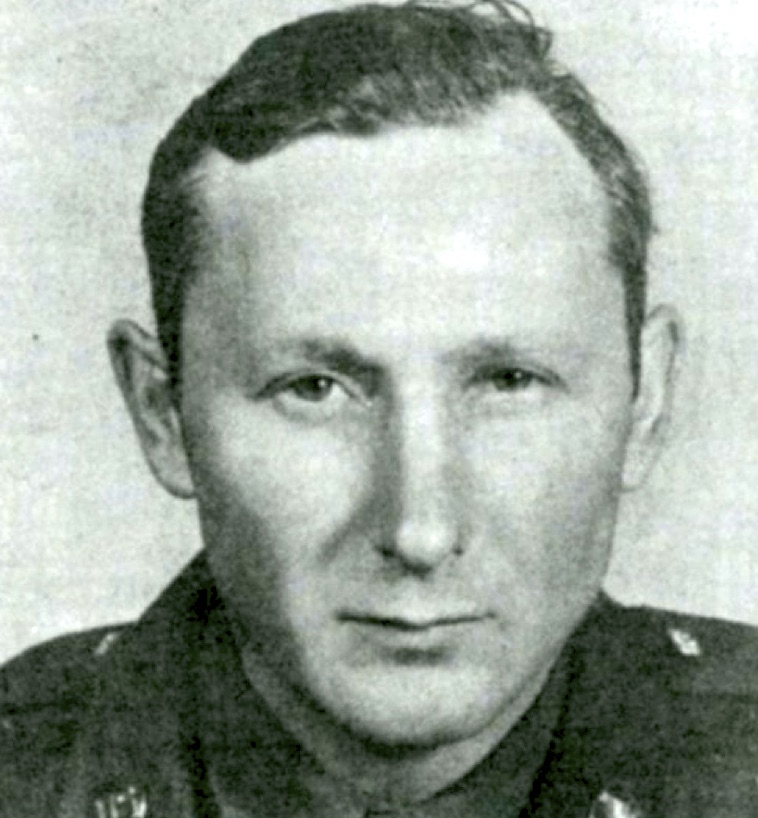 Winston Eugene Brown was born in 1918 to Calvin Alexander and Zeffie (Snyder) Brown, who lived on the Colvard Place in Little Murray. Family history indicates that he was named for his uncle Winston Eugene Brown. Both the 1920 and 1930 Census show the family living in Polk County, Tennessee. Siblings included Norris, Esta, Dorothy, Ruth, Mildred, and Virginia. The 1930 Census listed the name Hester M. Brown instead of Esta shown in 1920. The 1930 also listed Junior M. Brown, age 1.

The young Winston attended Oak Grove School. His military records indicate that he had completed 4 years of high school, but the school he attended is not known.

His enlistment form indicates that Winston was born in Tennessee but was living in Murray County, Georgia when he enlisted on January 28, 1942 at Fort Oglethorpe, Georgia.  His Army serial number was 34186713. He was killed August 18, 1944, in an airplane crash. His body was returned and he was buried with full military honors at Boanerges Baptist Church Cemetery, Old Fort, Polk County, Plot: Sec 2

The pictures, provided by Betty Bryant Bandy, are of Winston E. Brown in uniform, and the honor guard at his funeral in Polk County, Tennessee. 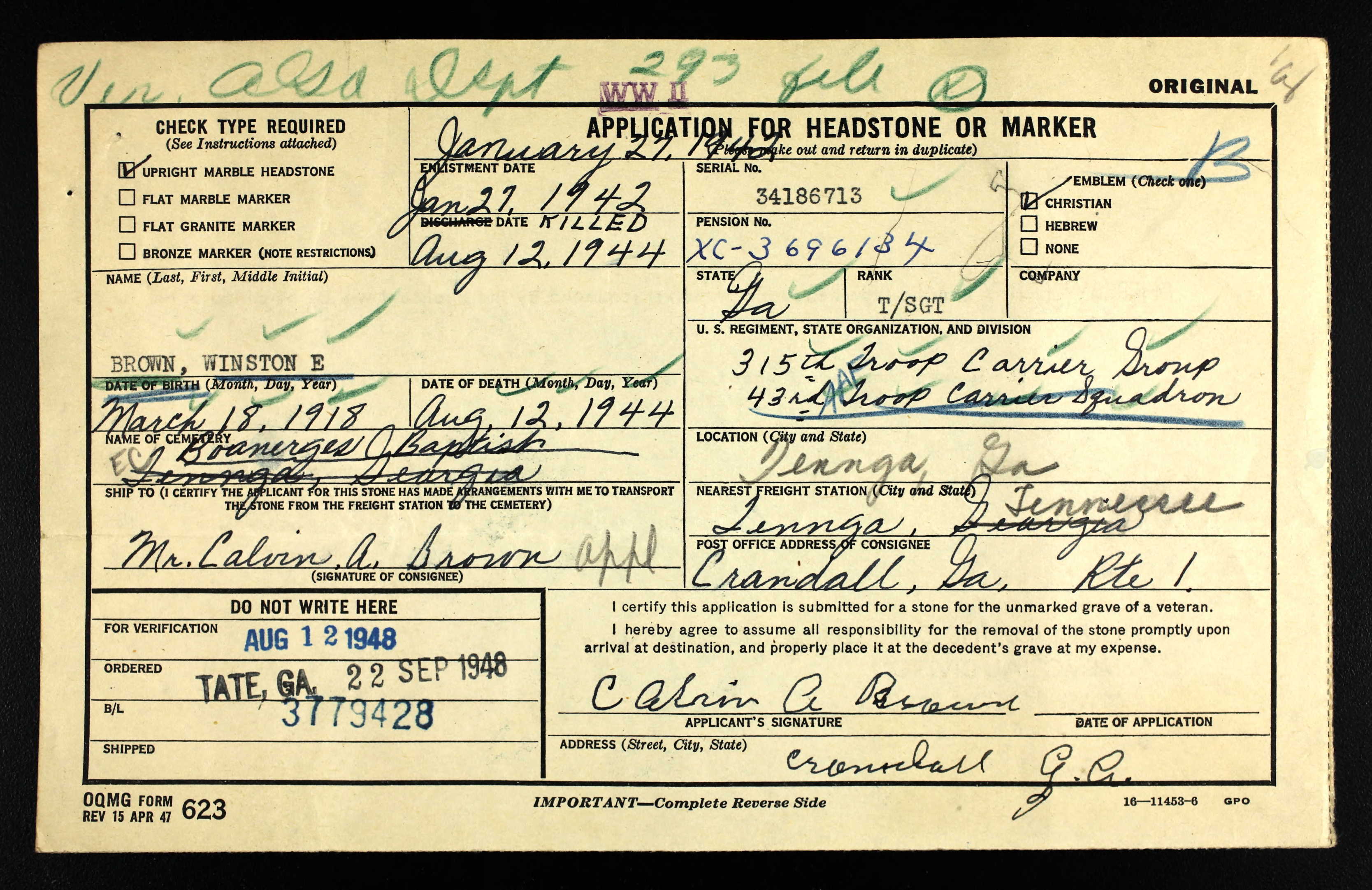 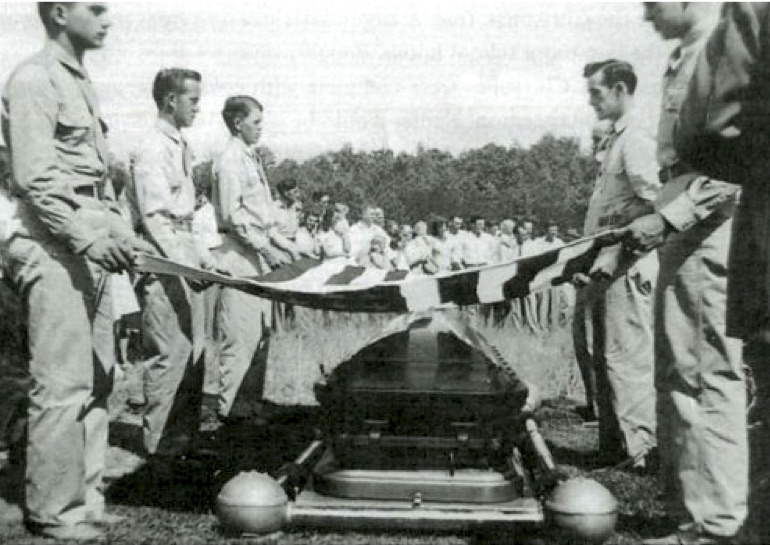