He is interred at F,6,29, Normandy American Cemetery, Colleville-sur-Mer, France.

Jefferson County Standard , August 3, 1944
Mr. and Mrs. E.C. Bettis of the Oakland community have received word from the War Department, that their son Pfc. Willis Bettis, was killed in action somewhere in France on June 7. Willis was a Paratroper in the 101st Division. He has been overseas a year. Besides his parents he is survived by three sisters, Mrs. Louis Cross, Mrs. Alma Seambough of Jefferson City and Mrs. Ruth Breeden of Oakridge; one brother, Curtis Bettis of the Navy. He was a graduate of Maury High School and a member of Oakland Methodist Church. 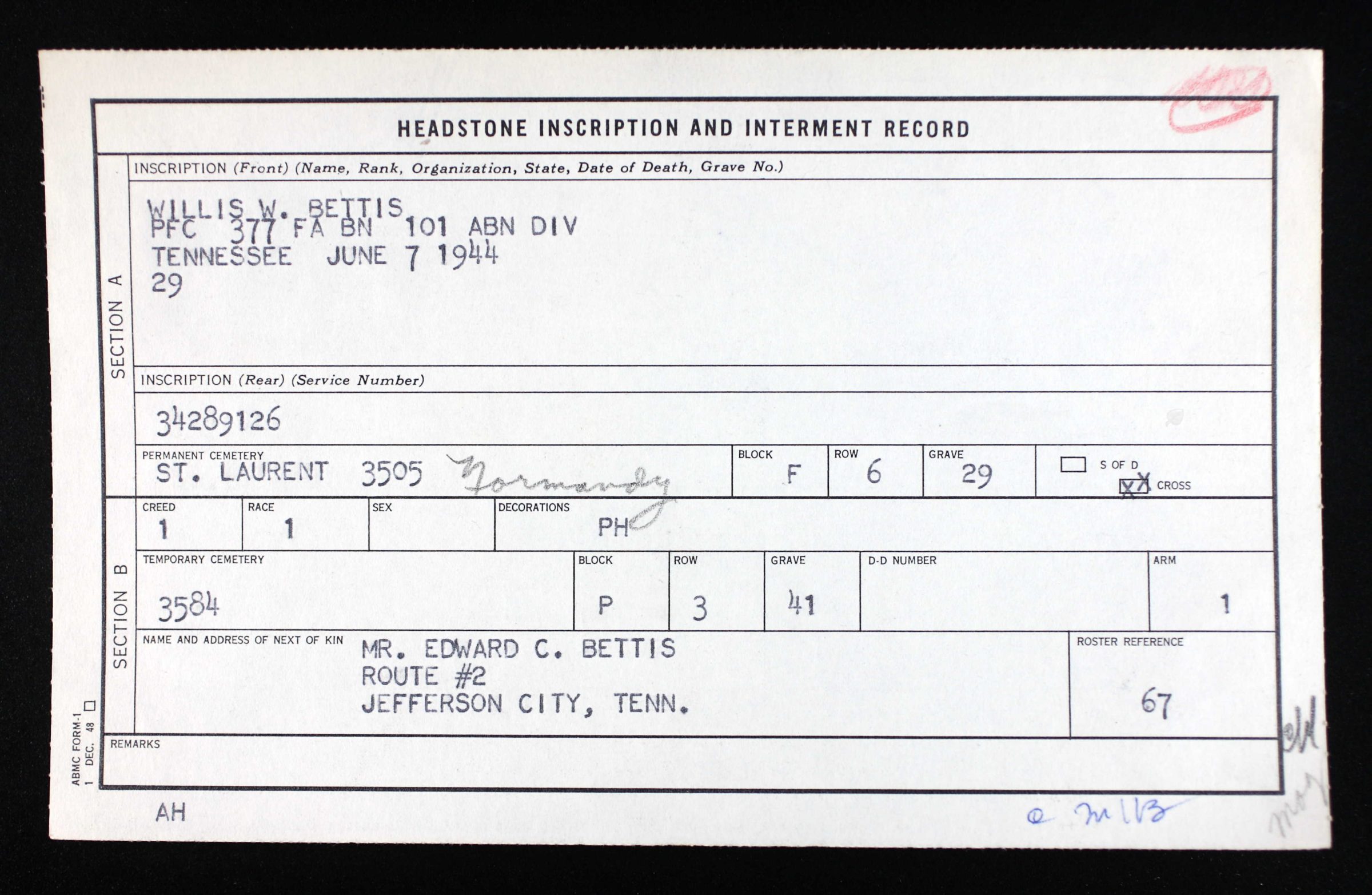 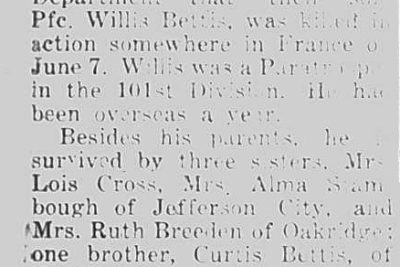 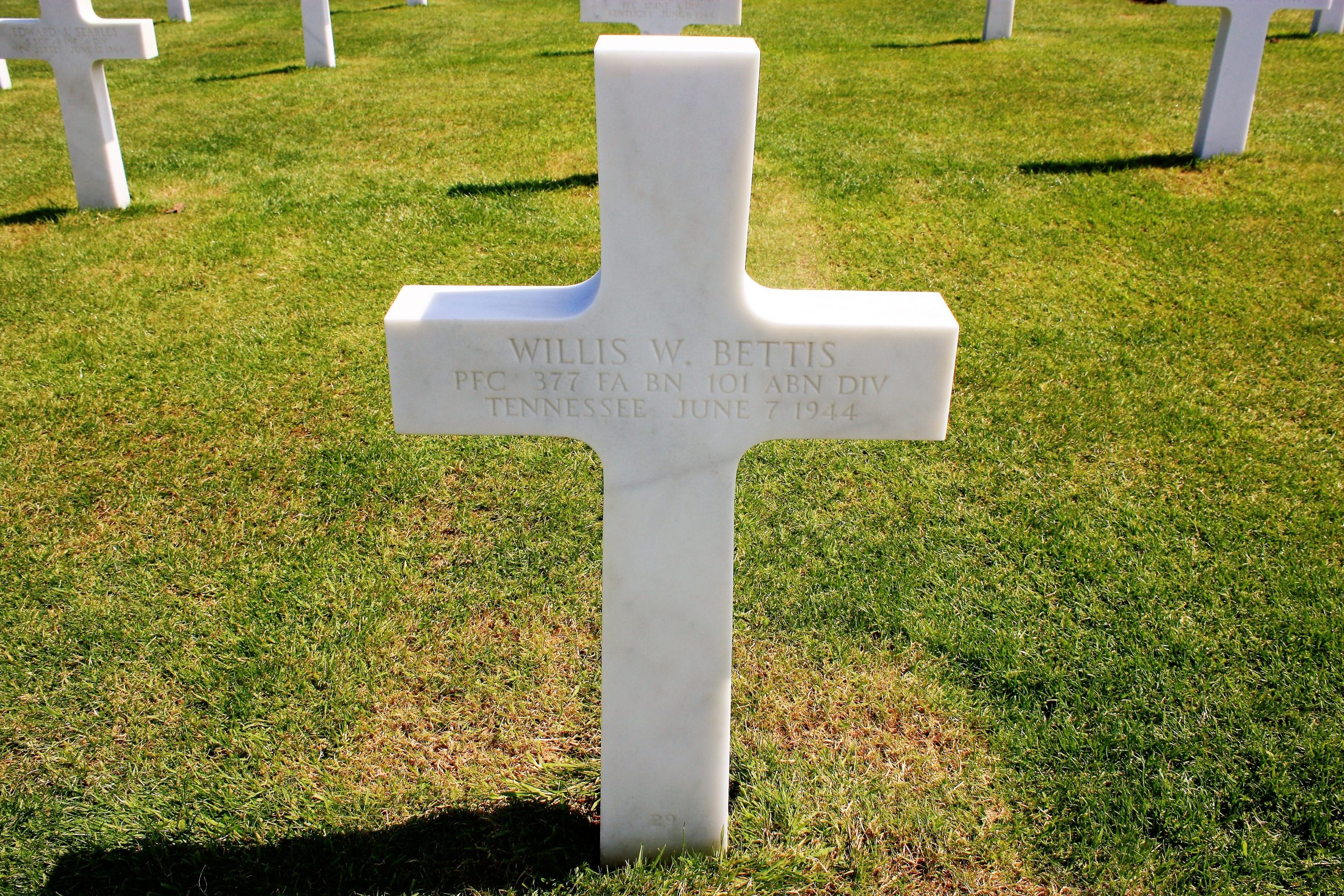