As “H” Company pressed east towards the old power plant, the troopers were in a line of squad columns formation, two abreast, one platoon in reserve. A flushed Japanese from the lantana brush ran into a nearby cave opening. Lieutenant Bonnel Stone, leading the platoon, ran after the Japanese soldier and fired his carbine at the retreating enemy as he fled into the cavern recess. The entire hillside exploded at that instant. I was watching Lieutenant Stone as he fired and observed him vaporizing. A moment later the hillside rose considerably, felling all to their knees. The hillside then began crumbling and rolling down slope toward the nearby sea. In addition to Lieutenant Stone, four enlisted men were killed by the landslide. The bodies of Pfc. James Moore and Pvt. Albert Lovenguth were never found.

Some bodies were recovered. I saw Dave Beatty’s body and a body I thought was Shankles’ but Stone was blown to bits… Dom Dimassio was injured and had to be led back to the company. He was able to walk. It was hard to tell it was him. Both eyes were completely closed and his face was swollen about twice it’s normal size.. His lips and eyes were so puffed out that his nose seemed to have sunk in his head…

Oddly Dave Beatty’s remains were not badly distorted.. I realized it was him without too much effort…

The Knoxville Journal, March 22, 1945
Pfc. Willis G. Shankles, 20, Route 6, was killed in action Feb. 18 on Corregidor, the War Department announced yesterday. Private Shankles was a son of Mr. and Mrs. J.G. Shankles of Washington Pike, Route 6. He enetered service May 4, 1943, taking basic training at Camp Scroft, S.C. and Fort Benning Ga. He had been overseas more than 16 months. A former employe of a Knoxville manufacturing concern, Private Shankles is survived, in addition to his parents, by two sisters, Etheleen and Wilma Sue and two brothers, Charles and Billy Ray SHankles. 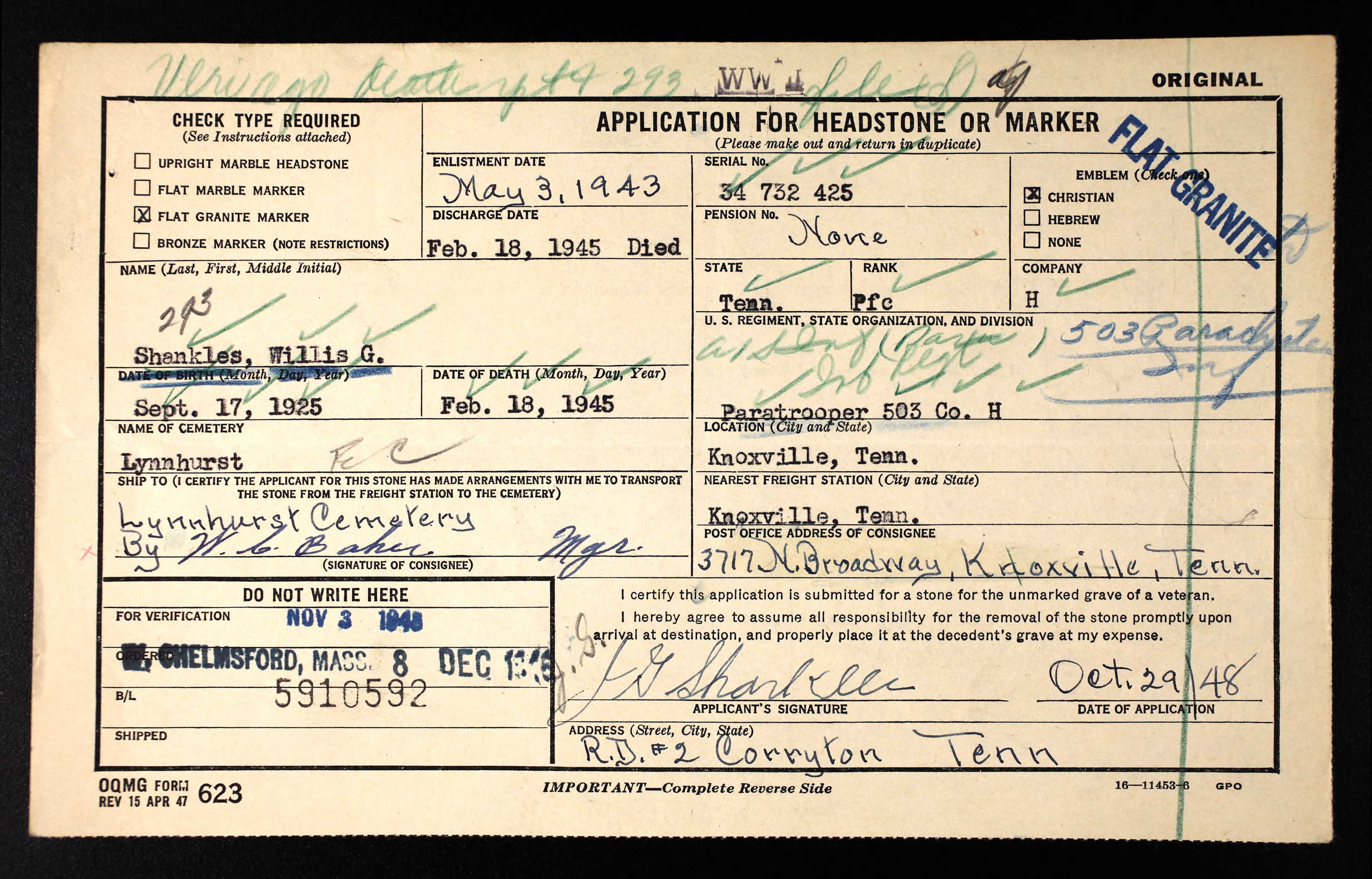 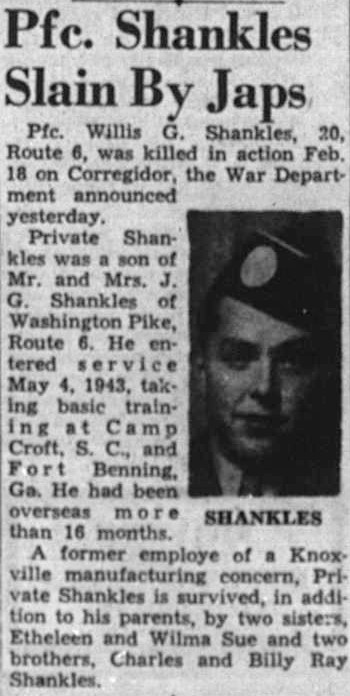