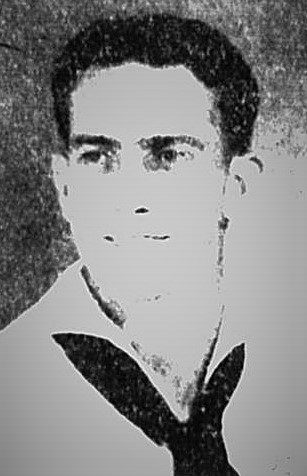 The Clinton Courier News, August 27, 1942
A telegram was received Saturday by Mrs. Sam Kesterson of South Clinton from the Navy Department telling of the death last Thursday of her brother, William Byrd, boatswain’s mate second class, U.S. Navy. The message said he had suffered fatal injuries in the line of  his duty. The Young man was a member of a submarine crew and when last heard from he was in the Canal Zone area.
It was stated in the telegram that a letter from Byrd’s commanding officer would follow, giving the details of the seaman’s death. Burial was to be in the area of his death, the telegram said, for the duration of the war. Byrd volunteered in the Navy nearly six years ago at the age of 17 years, but he was not called to the colors until he was 18. Mrs. Kesterson having to serve as guardian to permit his enlistment, the Young man made his home with his sister from the age of 10, when his parents died at Block. He attended Clinton High School, but left to join the Navy. For three years he was aboard ship, but then was transferred to the submarine branch, where he served for two years and 10 months. In a recent letter he said he planned to re-enlist so he could serve in the Navy for 20 years. “If the next 14 pass as rapidly as did the last six, I’ll soon be retired,” he said. Byrd was catcher on the submarine baseball team and often sent newspaper clippings home telling of the gaes. He was good to write and he saved his money. He would sent it home and we would bank it for him, said Sam Kesterson, his brother in law, who said they felt toward Willie as if he were a son. 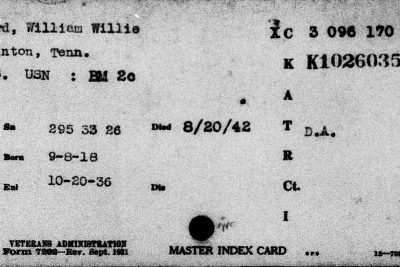 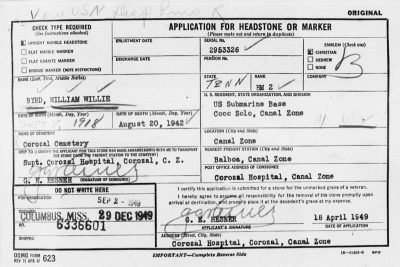 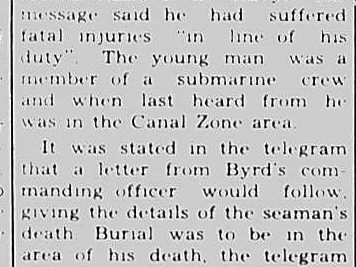