Aircraft B-24D with serial number 42-72852 departed from Pancrazio, Italy on a high altitude mission to Vincenza, Italy. He is memorialied at Florence American Cemetery, Italy.

Statement from Sgt Herbert G. Esaw:
I was flying in plane number 80, in number 2 element number 2 ship of the 515th Squdron, in the tail turret. The 512th formation was behind and way out to our left as we approached the target. The first fighters attacked them from behind out of the sun. Then they came in from every direction. The two wing men in ‘b’ element were first to go down. Then the leader of the 512th Squadron before we dropped our bombs. One of the remaining three went down as they were making for our formation, the other two each had two engines smoking and went down about 1500 to 2000 yards before they got to us. During this time I saw six fighters go down and chutes opening in every direction from the B-24´s. It was impossible to tell what planes the chutes came from. One B-24 blew up before it hit the ground and the others all went into spins. I did not see them either blow up or hit the ground as we were attacked ourselves.

William McKenna didn’t bail out. He was critically if not mortally wounded according to a crewmember. He was last seen by the tail gun position. 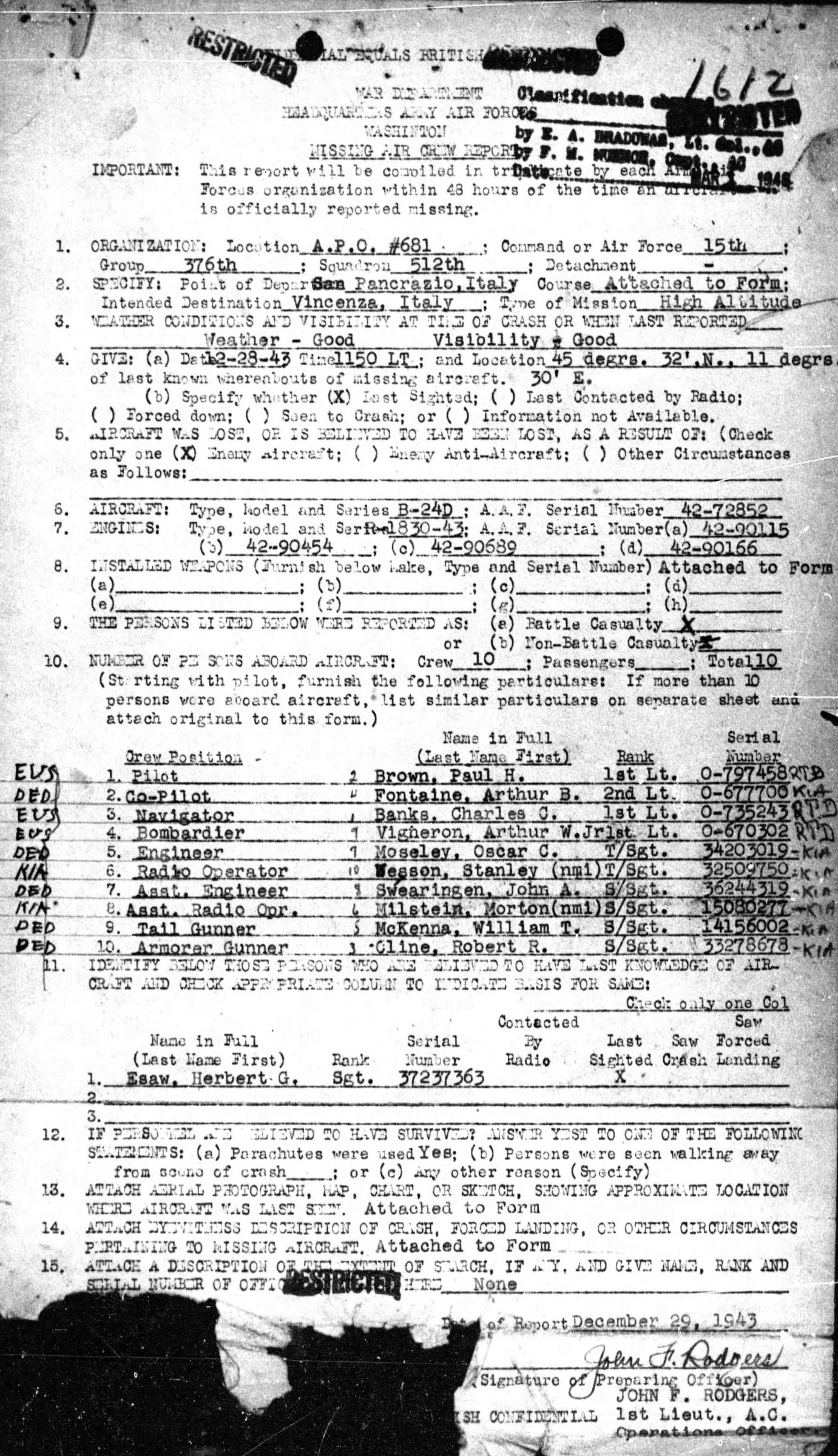 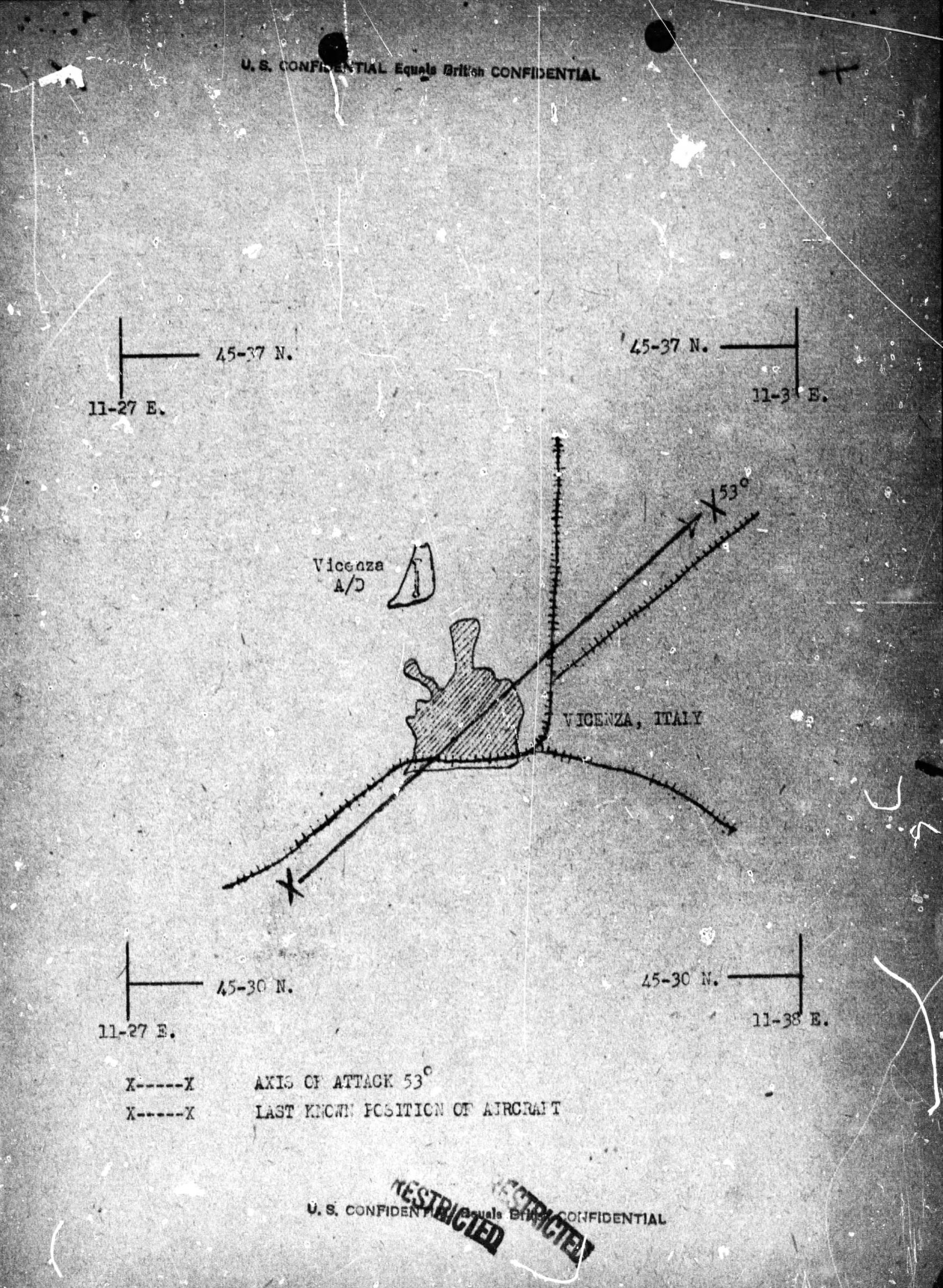