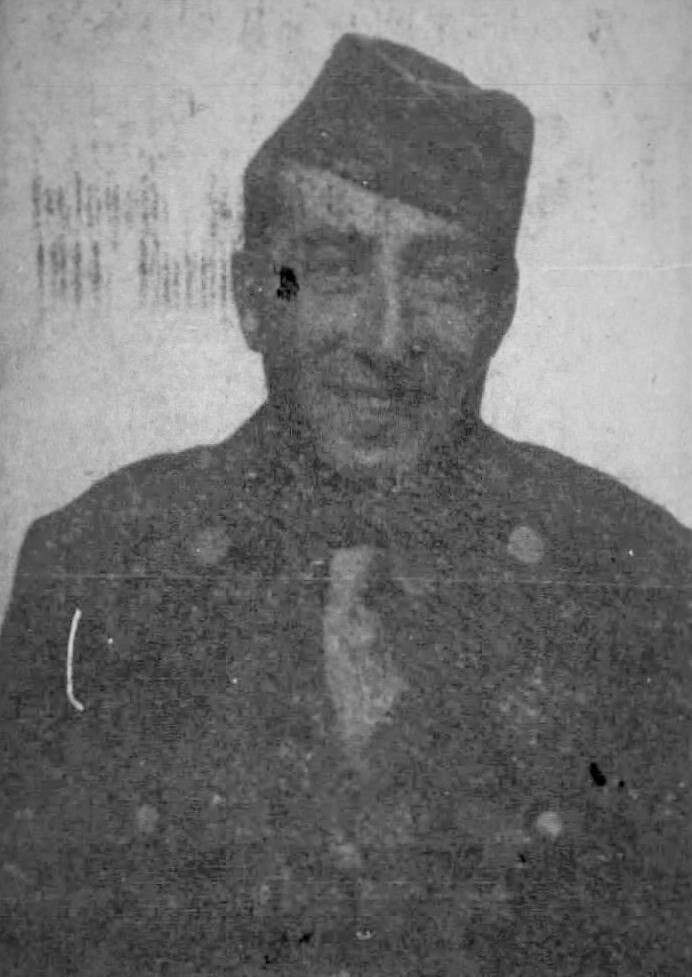 Johnson City Press, November 5, 1944
Shell Creek, Nov. 4 – The War Department has notified Mrs. Inez DeLoach of Shell Creek her husband, Private First Class William T. (Buck) DeLoach, 25, was killed in action in France October 3. The soldier, son of Mr. and Mrs. David DeLoach of Elizabethton, route 1, was a member of an infantry outfit. He joined the Army about 16 months ago and had been on overseas service nearly four months. In civilian life he was employed at an Elizebethton rayon plant.
Surviving besides his wife and parents are a son, Gene, 1; two brothers, Andy and Alfred DeLoach, and two sisters, Della and Ethel DeLoach, all of Elizabethton. 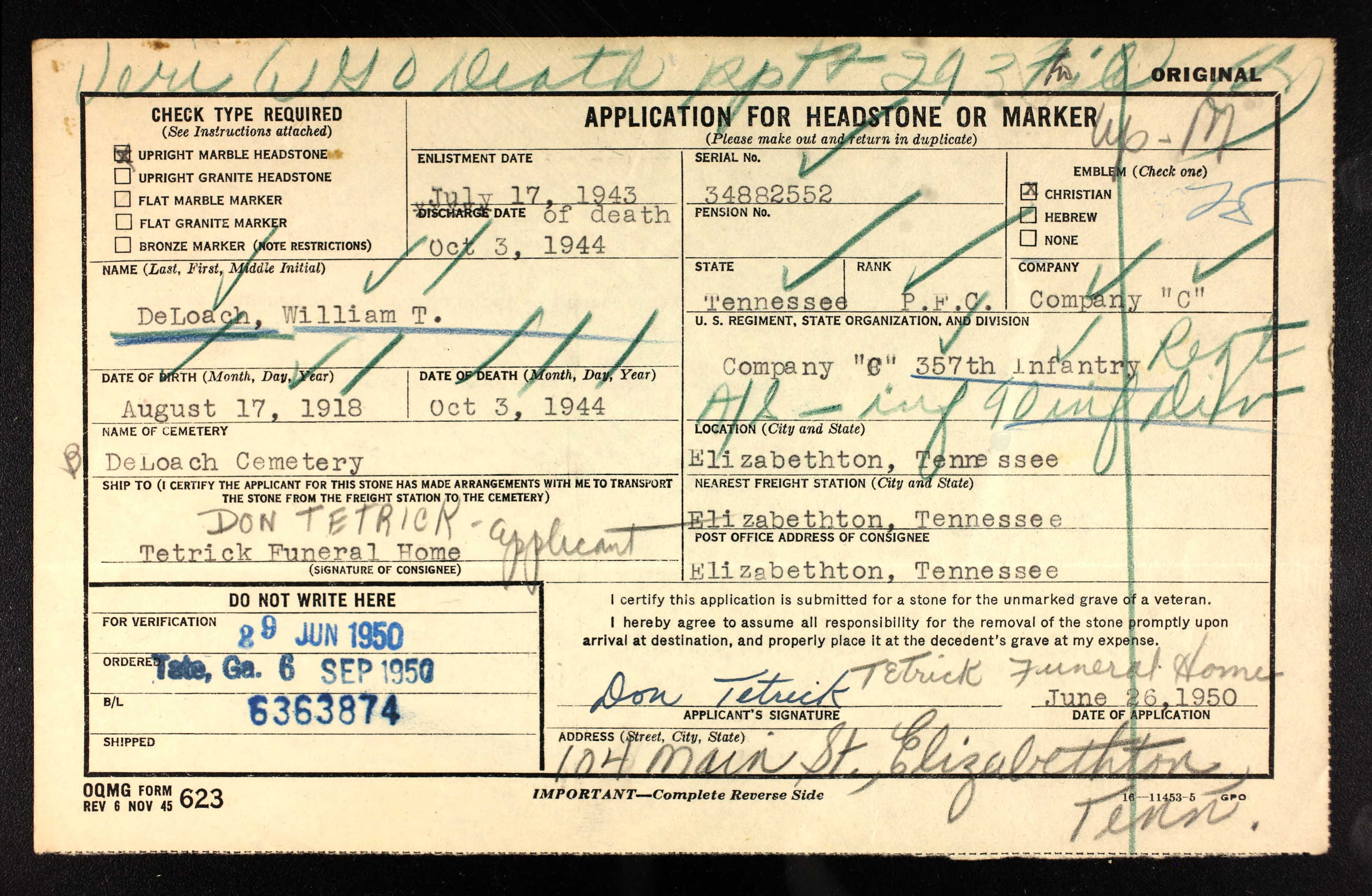 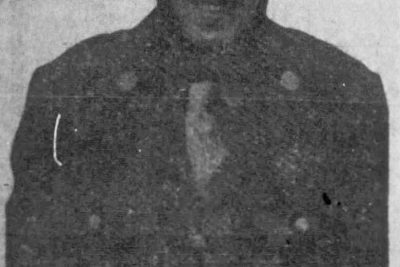 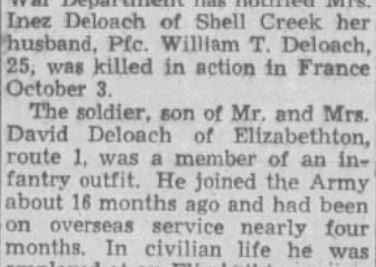