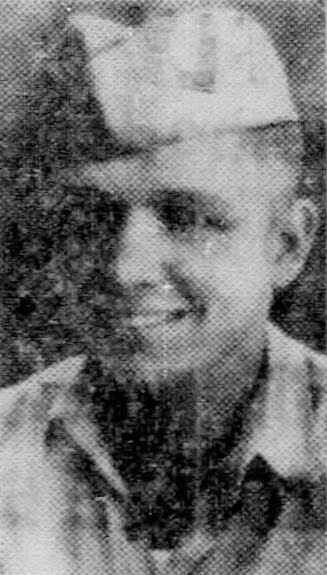 Statement from Duane L. Crosby, 2nd Lt, Air Corps:
I was the formation leader of a three-ship formation scheduled to fly ammunition into Palel on the morning of June 20, 1944.
I took off from Pandaveswar Airfield at approximately 0705, June 20, 1944, joined the formation and set course for Palel via Silchar and Imphal, flying at an altitude of about 1,000. As I continued on course a stratus cloud layer began developing, so that by 0740 I was flying at an altitude of 3,000 above a low broken stratus cloud deck (1,500 – 2,500) and a higher broken strato-culumus deck (5,000 – 12,000). Bij 0800 it appeared that the two cloud decks were merging. Therefore at about 0830, without having encountered instrument conditions but with instrument conditions eminent at my flight level, I signaled for the wingman to break formation. The left wingman turned left immediately and the right wingman (Missing aircraft AAF No. 43-3961, Sq. No. 41) turned right a moment later. I held course about 30 seconds then turned left inside of the left wingman and began to climb in an irregular rate and course. Upon reaching about 8,000 another B-25 was in view for the ensuing two or three minutes, but was not identified as to aircraft number. Thus the late time fo positively seeing A/C #41 was at the point of the formation break-up which was at about June 20, 1944 approximately 20 Miles Southwest of Silchar at an altitude of 3,000.
I continued my flight to Palel and return to Comilla without flying instruments at any time.
All the above times and locations are from my own calculations, not the navigators.

All 6 crewmembers are still missing in action

The Knoxville News-Sentinel, February 5, 1944
William T. Dalton Jr., New Market, who quit Knoxville High School to enlist in the Air Forces at 18, has been promoted to technical sergeant in the European area where he is a gunner on a medium bomber. Sgt. Dalton, 19, is the son of Mr. and Mrs. W.T. Dalton of New Market. In the letter announcing his promotion, he enclosed a tiny metal plate from a Germannn plane. He has been overseas since last September and in service since the previous September.

The Knoxville News-Sentinel, March 6, 1946
Tech. Sgt. William T. Dalton Jr., son of Mr. and Mrs. Dalton, of New Market and formerly of Knoxville, has been declared dead by the war Department in a sessage to the family. He had been previously reported missing in action in India as of June 20, 1944.
Sgt. Dalton, a radio operator on a B-25, served with the Tenth Air Force. Enlisting in the Army in September, 1942, while still a student at KHS, he was sent overseas in 1943 and flew for four months in the Italian campaign before being transferred to the China-Burma-India theater. 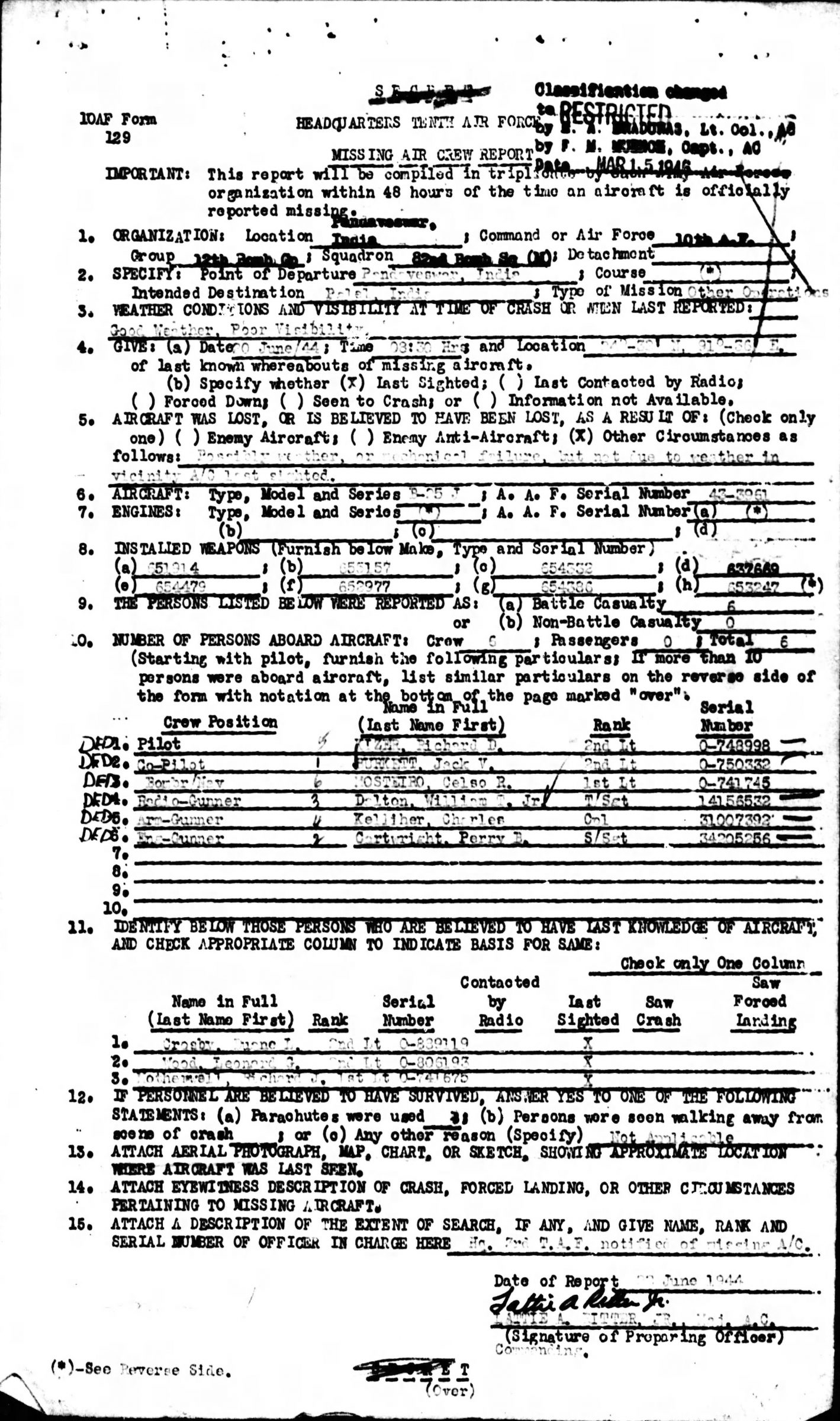 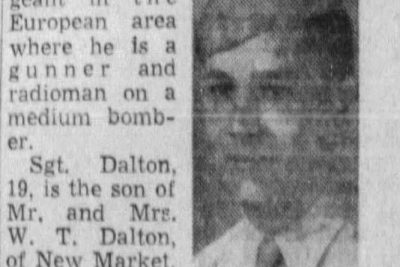 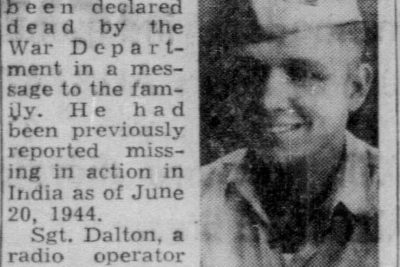