William David Shepherd was born 18 May 1894, Greeneville, Tennessee to William G. and H. Lydia Shepherd. He entered the service on 14 November 1917 at Fort Oglethorpe in Georgia and sailed to Europe on 1 January 1918. He was wounded on 5 October at the Argonne Forest and from that time until his death, was in different hospitals in France and the United States. He had been shot through the abdomen, the bullet perforating the intestines. On account of his unusual strength and determination, and the splendid care he received, it was hoped that he might recover, but after the long struggle of months, he died 31 August 1919 at the U.S. Genereal Hospital #1 in the Bronx, NY. 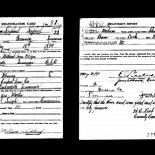 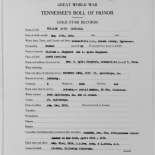 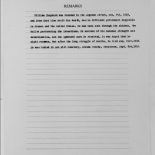 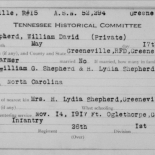 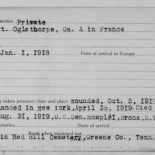 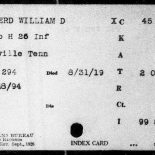 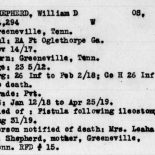