William Rice was the son of Lola Rice of Knoxville. He served on the U.S.S. Livermore and was transferred to the U.S.S. Meredith (DD434) on 3 July 1941.

Attacked by a force of more than 30 Japanese planes, the U.S.S. Meredith (DD434) was helplessly sunk early in the war in Southwest Pacific seas. Six officers and 55 enlisted men lived through a 72-hour nightmarish ordeal at sea. Seven officers and 170 men are listed as dead. Some died in the original bomb and torpedo blasts, others were lost from the rafts and were not seen again.
Three torpedoes and two bomb hits delivered the death blow to the Meredith on October 15, 1942, as it was convoying a tug, USS Vireo (AT 144) and its gasoline-laden tow off San Cristobal Island in the Solomons.

The Knoxville Journal, December 13, 1942
William Rice, mess attendant second class in the U.S. Navy and a son of Mrs. Lola Rice, 317 Inman Street, Knoxville, has been reported missing in action by a casualty list released yesterday by the Navy Department. The Navy’s report did not give the location in which Rice was in action. 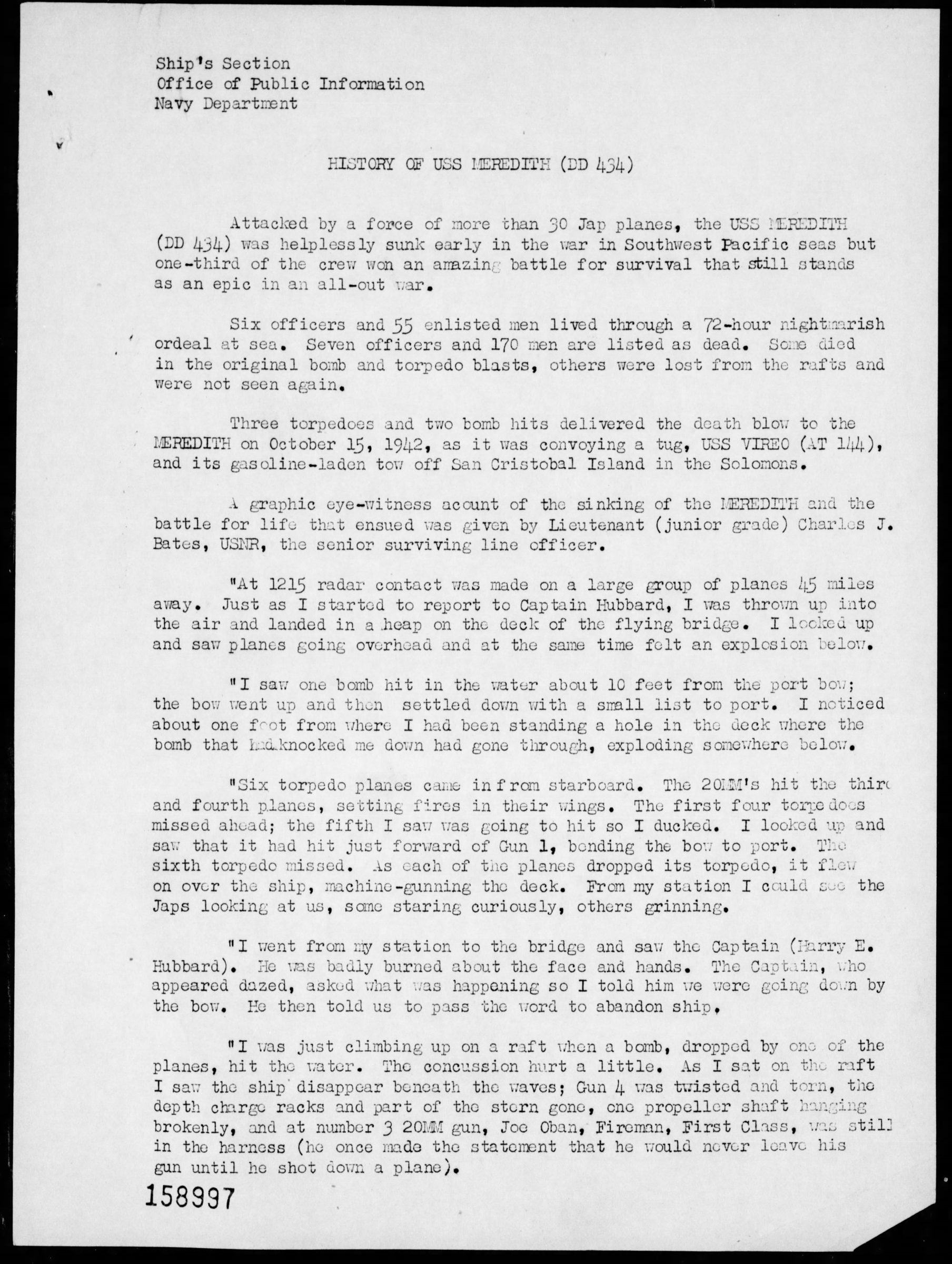 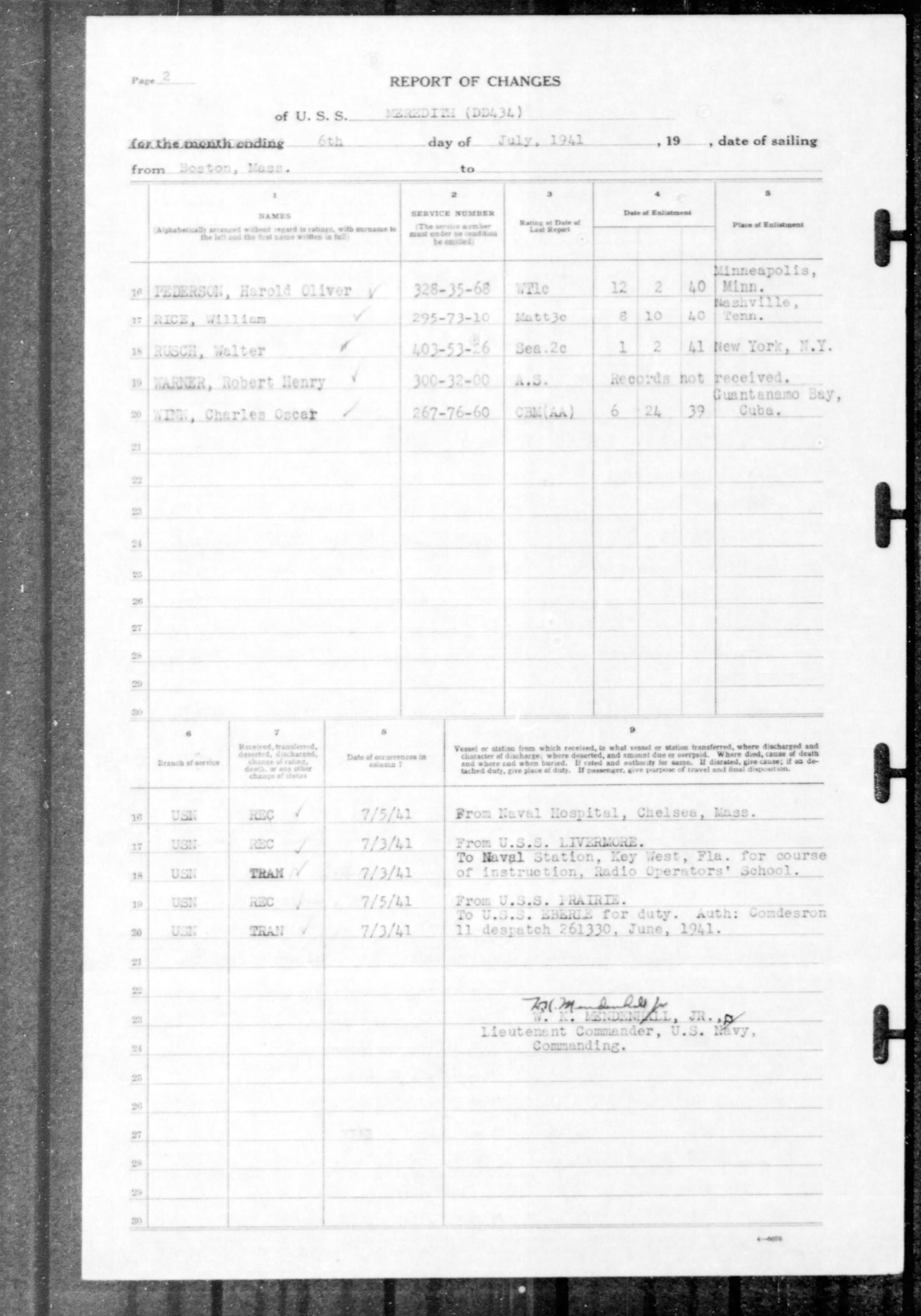