William was a graduate of Central High School, member of Boy Scout Troop number seven, and a member of Magnolia Avenue Baptist Church. He enrolled at the University of Tennessee and was a student one year before he was called to active duty with the National Guard 278th Infantry Regiment which left Knoxville for Korea in September 1950.

Corporal Taylor went to Korea in August 1951 with the 89th Medium Tank Battalion, 25th Infantry Division and was killed in action on September 21, 1951.

Corporal Taylor was repatriated to his hometown of Mascot and funeral services were held March 3, 1952 at McCarty Funeral Home Chapel. American Legion Post Number 2 was in charge of services at Roseberry Cemetery. Pallbearers were the ROTC Cadets at the University of Tennessee. 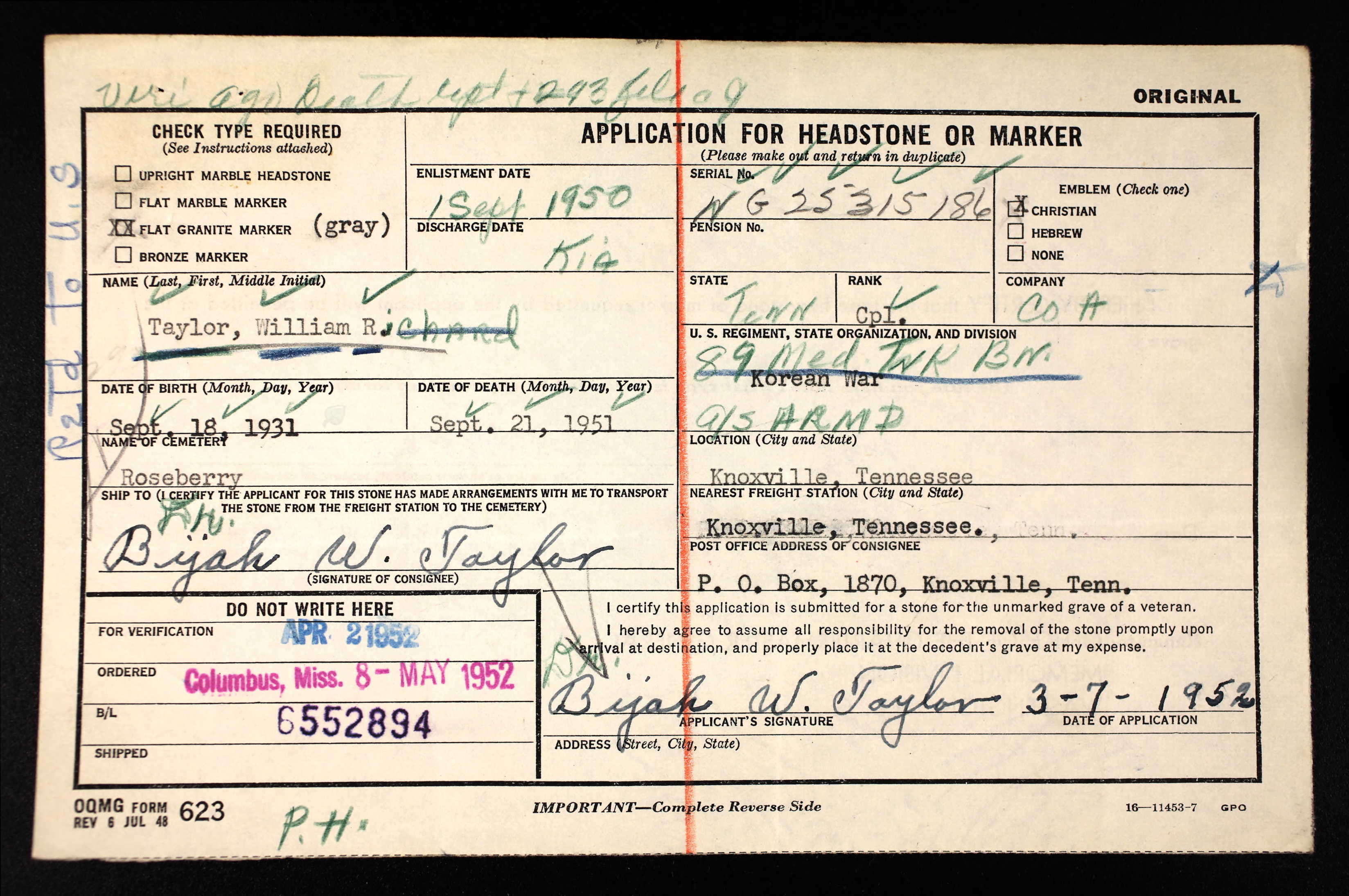