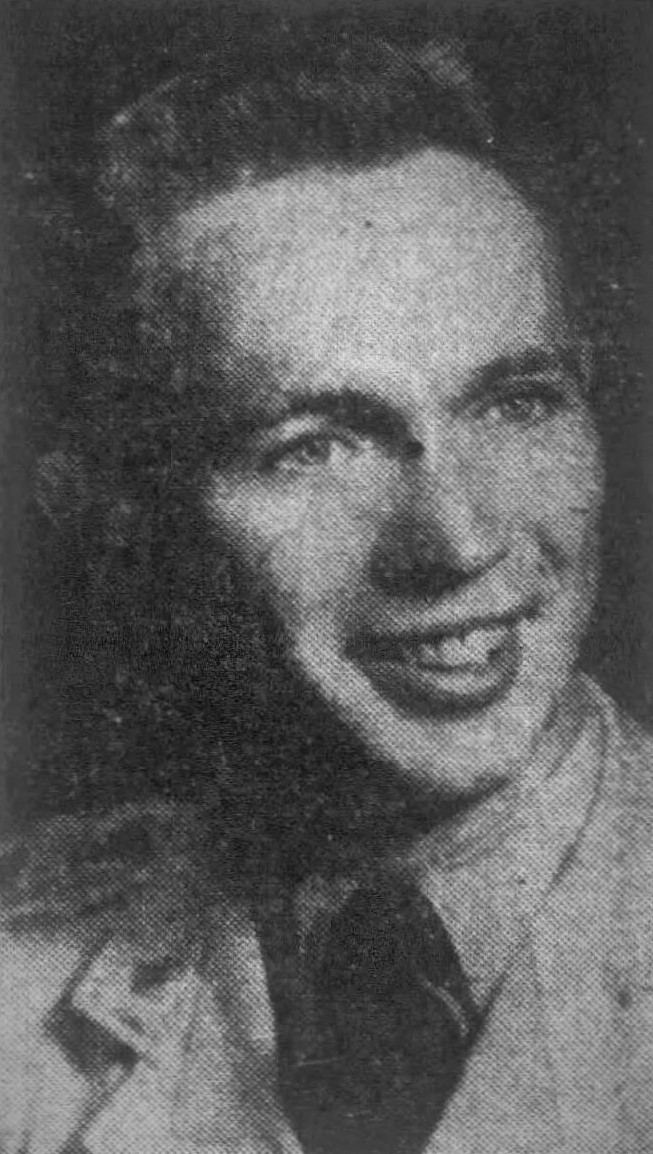 William Robb Kimbro
Second Lieutenant Kimbro was the pilot of a F-80C Shooting Star fighter interceptor with the 25th Fighter Interceptor Squadron, 51st Fighter Interceptor Group. December 12, 1950, while on a combat mission, his aircraft received a direct hit by anti-aircraft fire over Sinuiju Airfield, North Korea and spun in. His remains were not recovered. His name is inscribed on the Courts of the Missing at the Honolulu Memorial.

The Chattanooga Daily Times, December 9, 1951
The air force has reported that Second Lt. William R. (Bill) Kimbro, son of Mrs. Ray Campbell, 215 Booth Road, is “Presumed dead” since he has been unreported after his F-80 jet fighter crashed in flames in Korea a year ago. Lt. Kimbro, a graduate of Central High School, who also attended University of Chattanooga and University of Tennessee, was the husband of the former Joleane Grant, now a resident of Houston, Tex. An air force letter to Mrs. Campbell said her son’s plane crashed and exploded after it was badly damaged by red antiaircraft fire as he and three other airmen completed a rocket attack on Sinuiju airfield in North Korea.
The other pilots, the air force said, did not see Kimbro bail out of the badly damaged plane before it crashed, and no search could be conducted because the field was held by the enemy. Lt. Kimbro entered the air force in 1948, and was trained at San Angelo, Tex., and Williams Air Force Base, Phoenix, Ariz., before going to Korea. Mrs. Campbell said her son’s log book showed he had on at least two occasions flown two sorties against the enemy during  a 24-hour period. He had been in combat only 12 days when he was reported missing, she said, according to letters from fellow pilots. The mission on which he was lost was his second for the day. For four months before entering combat, she said, Lt. Kimbro had been hospitalized in Japan for treatmemt of jaundice. 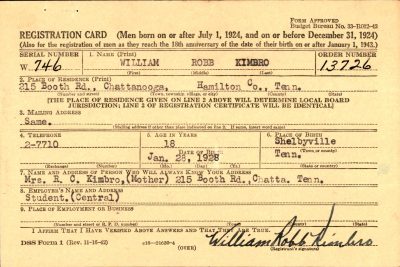 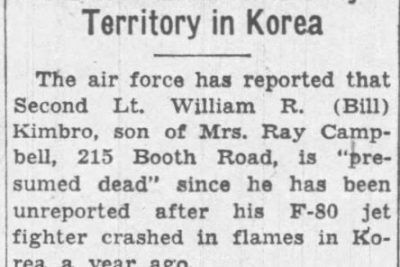