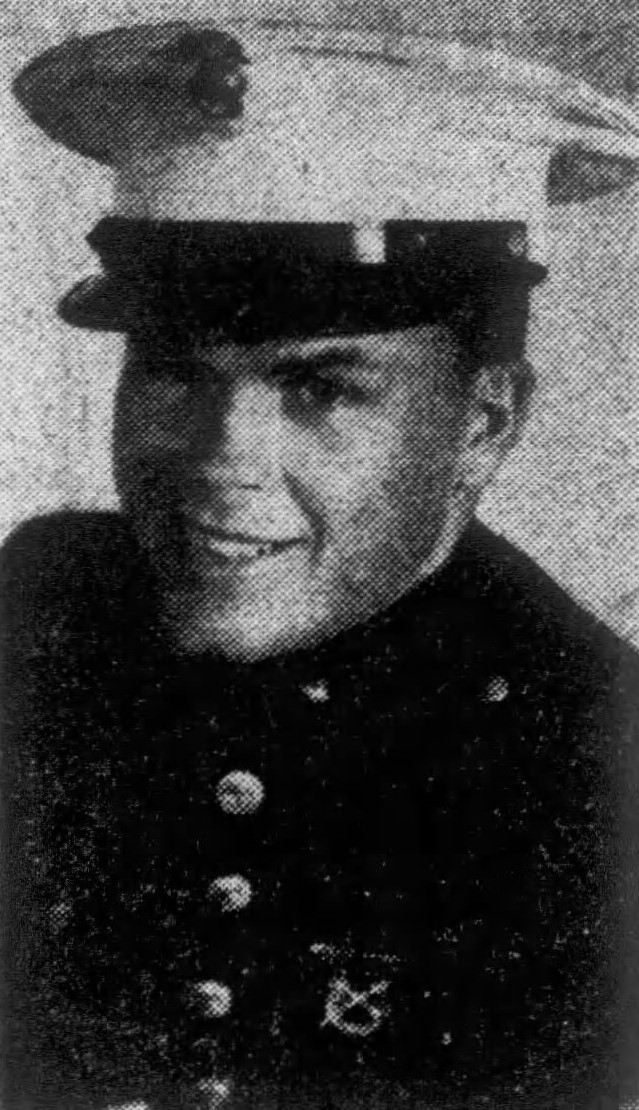 Private First Class Frazier was a member of Company H, 3rd Battalion, 5th Marines, 1st Marine Division. He was Killed in Action while fighting the enemy in Korea on December 6, 1952.

The Chattanooga Times, February 13, 1953
Funeral services for Pfc. William Roy Frazier, 21, Chattanooga marine who was killed in action in Korea on Dec. 6, will be held at the East Ridge Church of God. The boyd will be at the Turner Funeral Home until time for the services. He was born in Cleveland, Tenn., but had lived here and in Ringgold, Ga., most of his life. He entered the U.S. Marine Corps in November, 1951. He was stationed in Japan two months before being transferred to Korea. He had been on combat duty about six months at the time of his death. Private First Class Frazier attended Ringgold High School and was a member of the East Ridge Church of God. Survivors are his mother, Mrs. Stella M. Frazier; two sister, Mrs. O.L. Scott and Mrs. Emmitt woody, Chattanooga; seven brothers, the Rev. Charles Frzier, Lewisburg, Tenn.; Edward, D.J., Ernest G., Hoyt and Earl Frzier of Chattanooga; and Otto C. Frazier, USN stationed in Kansas City, Mo. 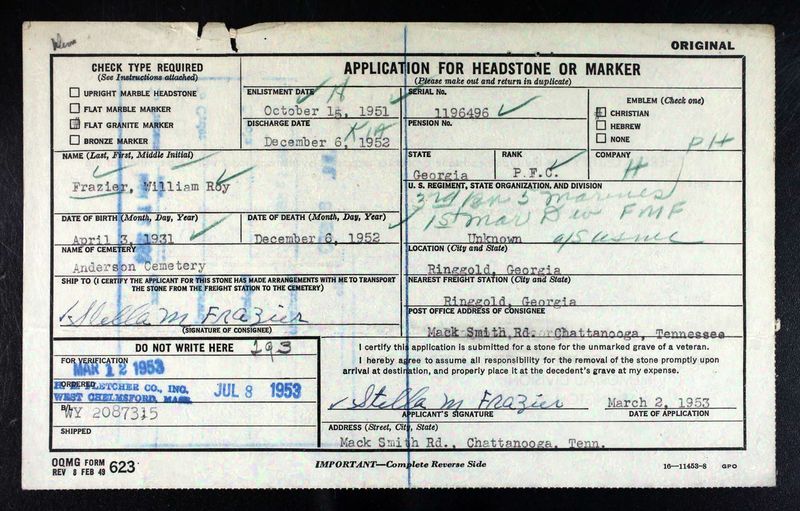 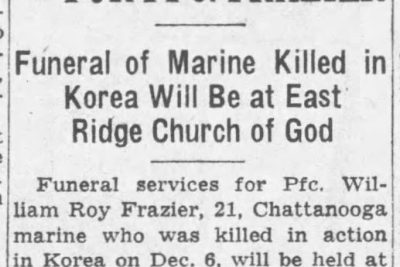