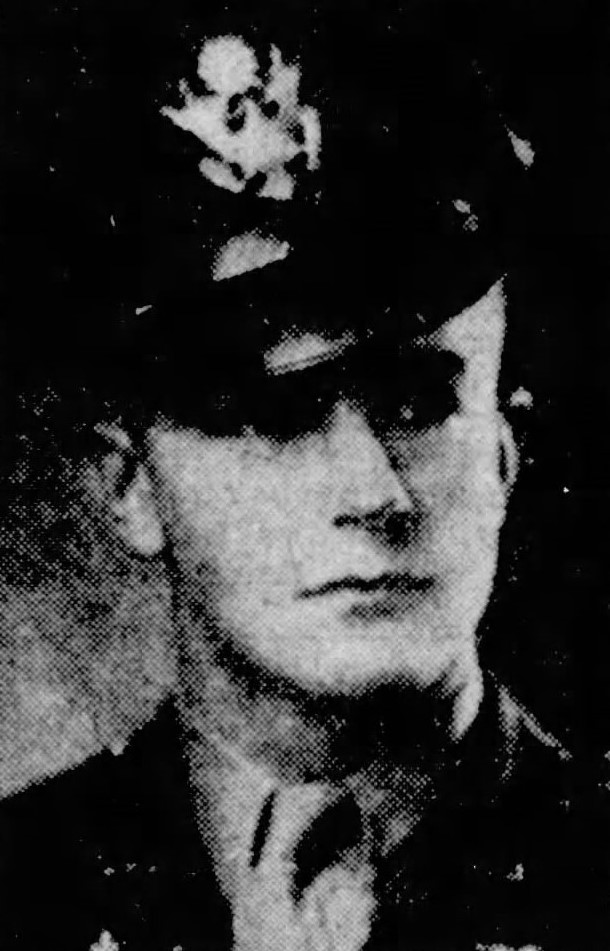 The Knoxville Journal, December 28, 1944
William Russell Briscoe Jr., former Knoxville High School swimming team member and cheerleader, received the wings of an Air Force pilot and was commissioned a second lieutenant at Napier Field, Ala., Dec. 23. A KHS graduate of 1943, Briscoe attended the University of Tennessee, where he was member of Sigma Chi fraternity, before entering the Air Force.

The Knoxville News-Sentinel, August 7, 1950
Lt. Russell Briscoe Jr., 25-year-old son of Mr. and Mrs. Briscoe of 2111 Terrace Avenue, has been killed in action over Korea. His death is the first Knoxville fatality reported in the Korean War. Mr. and Mrs. Briscoe received word of their son’s death from the Defense Department and also in a Telephone call from Mrs. Briscoe in Tokyo. The young jet pilot died in combat behind enemy Lines about 10:30 a.m. Sunday, Korean time, or 8:30 p.m. Saturday, Knoxville time. Lt. Briscoe and his wife, the former Miss Martha McCrary, went to Tokyo in October, 1948. Their daughter, Cathy, was born in Tokyo on July 20, 1949. Mr. Briscoe today recalled that his son was sent to Japan to Korea on July 7. “He was pilot of an F-80 jet fighter plane,” the father said. “He returned to Kokyo on July 14 and was assigned a P-51 pursuit plane.” From recent letters, the parents learned that Lt. Briscoe had made 25 missions over enemy territory, and that “one day he made two separate missions during which he destroyed an ammunition train and a tank and strafed troops.”
His plane was shot down or disintegrated – we do not know,” Mr. Briscoe said. “His wife tol dus a fellow officer who returned to Tokyo told her as much as he knew.” Mrs. Briscoe and Cathy are expected to arrive here Friday. Mrs. Robert Rochelle, the former Miss Peggy Briscoe, a sister, is to come from Alexandria, Va., today.
Lt. Briscoe graduated from KHS in January, 1943, and went into the Air Force in March of the same year. He received his wings, and a commission at Napier Field, Dothan, Ala., in December, 1944. He did not serve overseas in World War II but was kept in this country for training for a possible invasion of Japan. He was discharged to the inactive Reserves in November, 1945. He spent 1946-47 at U-T and then went back to the Air Force in June, 1948. He was stationed at Bangor, Maine, until his transfer to Tokyo. Mrs. Briscoe, U-T beaty title winner several times, is the daughter of Mr. and Mrs. K.t. McCrary, 2602 Island Home Avenue. 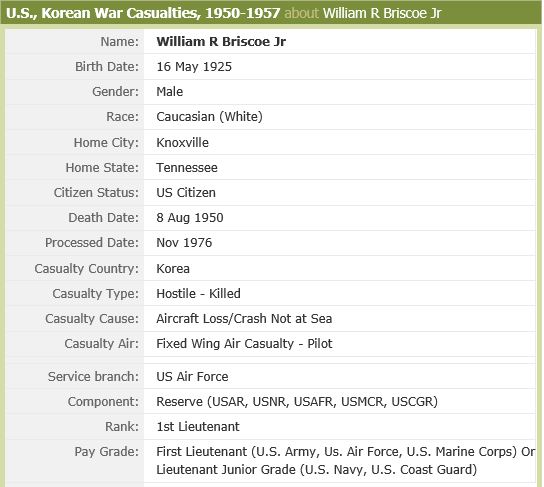 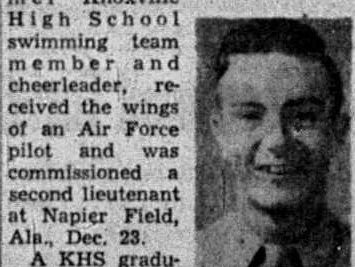 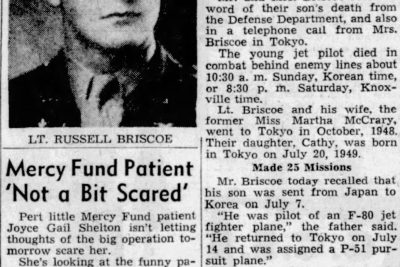 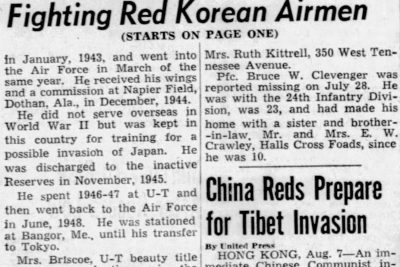 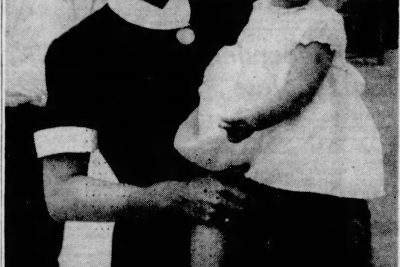