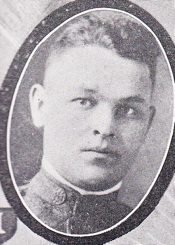 William N. Johnson volunteered April 9, 1917, as a member of the Sanitary Detachment of the 117th Infantry, just after it was called back into federal service. Trained with his unit at Camp Sevier, SC, until May 1918, when he was ordered overseas. He took part in the Ypres defensive and the Somme offensive of the 30th Division until September 29, 1918, when he was wounded fatally in the attack on the Hindenburg line. Died from wounds two hours later. His death date is also listed as September 26, 1918 on his Report of Interment.

He was born in Wellsville, Tennessee he is listed under McMinn County in State records. He died at the age of 21.

Wm. N. Johnson, of Meadow, was recently killed in action in France, according to information received by Robert Thompson, a farmer, with whom the former had made his home since the death of his parents. When war with Germany was declared young Johnson was in school in Athens, but he answered the call of his country and went across during the early part of the war.
-The Journal and Tribune, Knoxville, Tennessee, Wednesday, November 13, 1918. 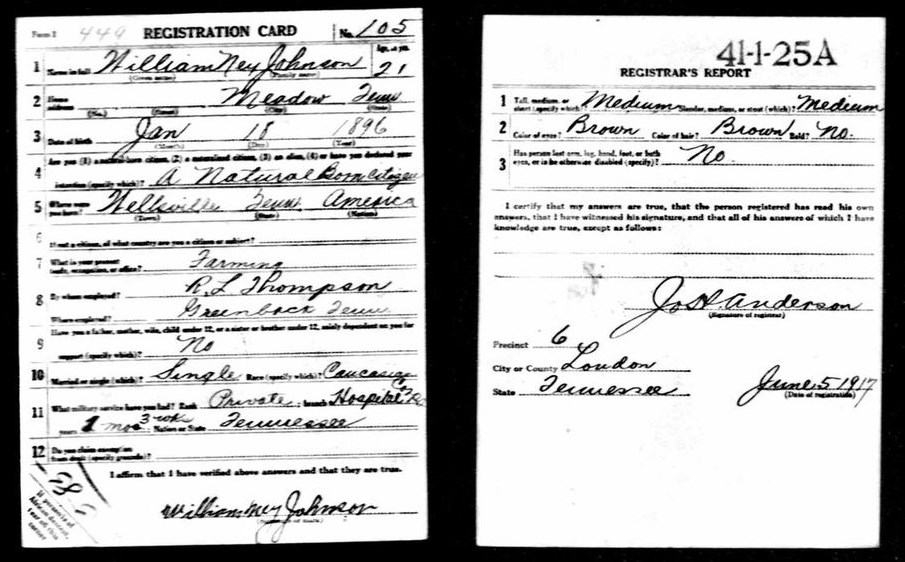 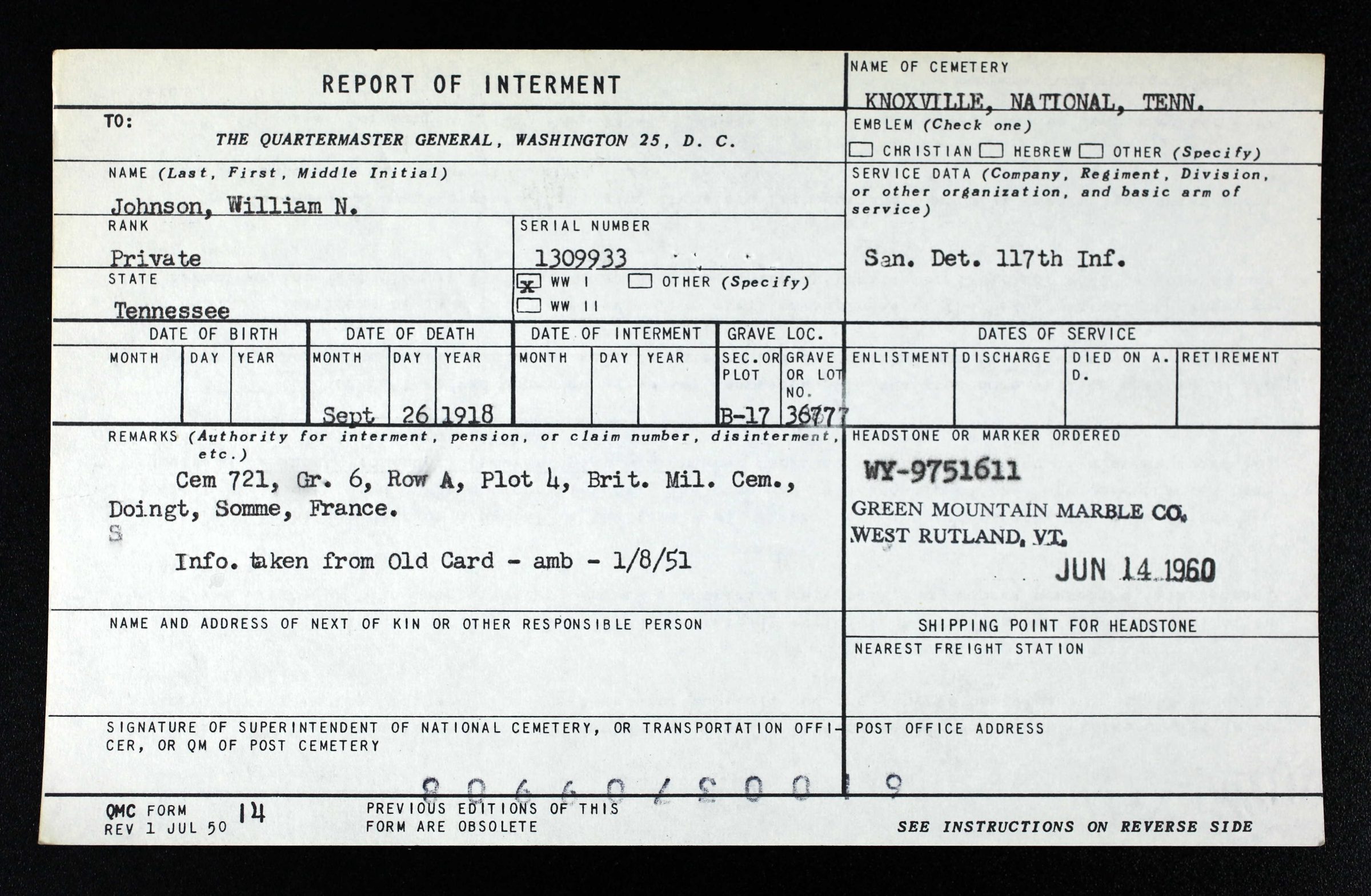 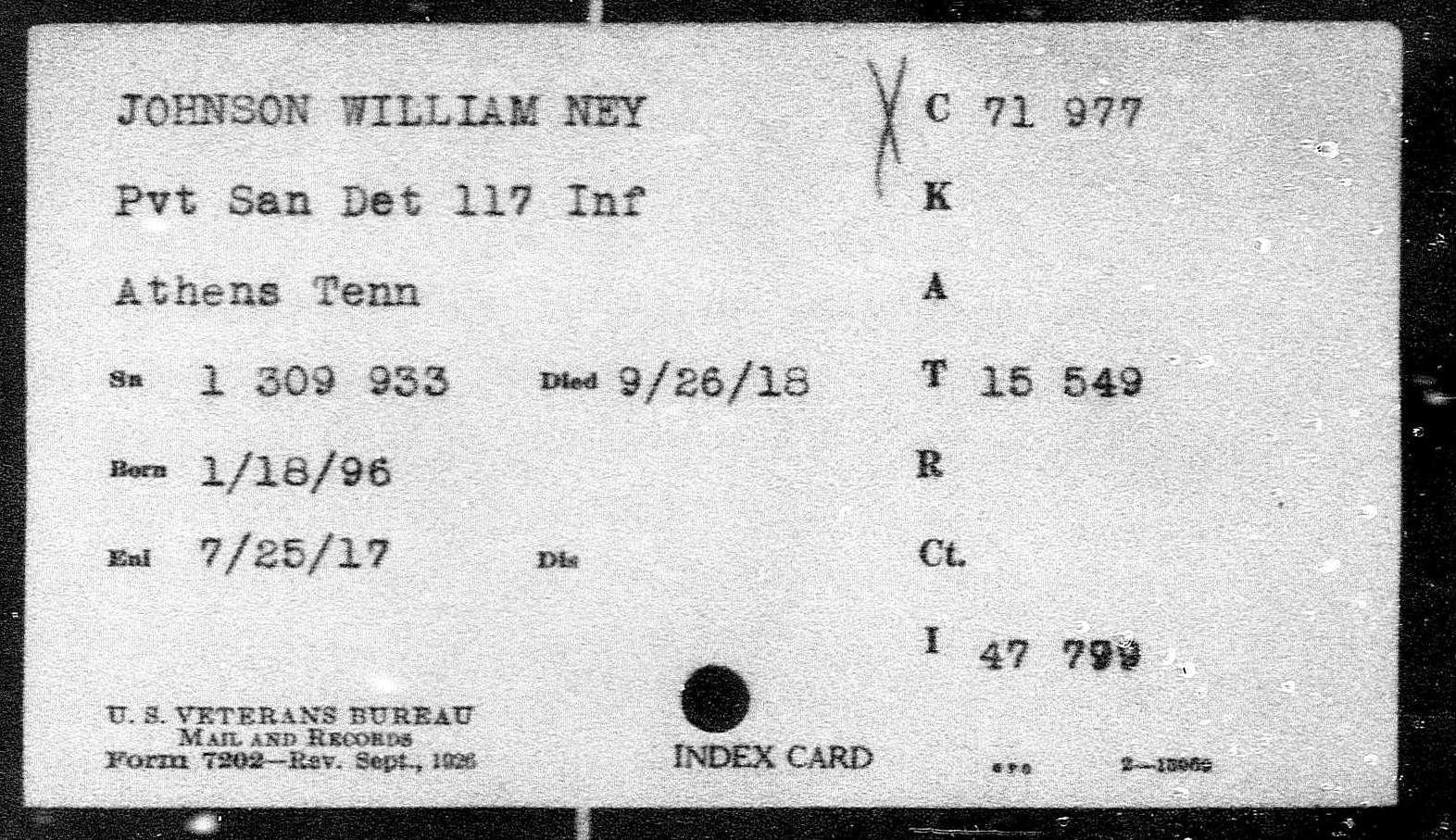 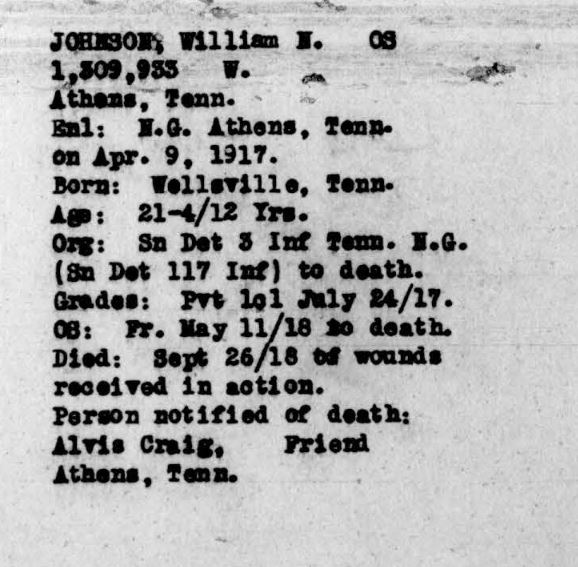 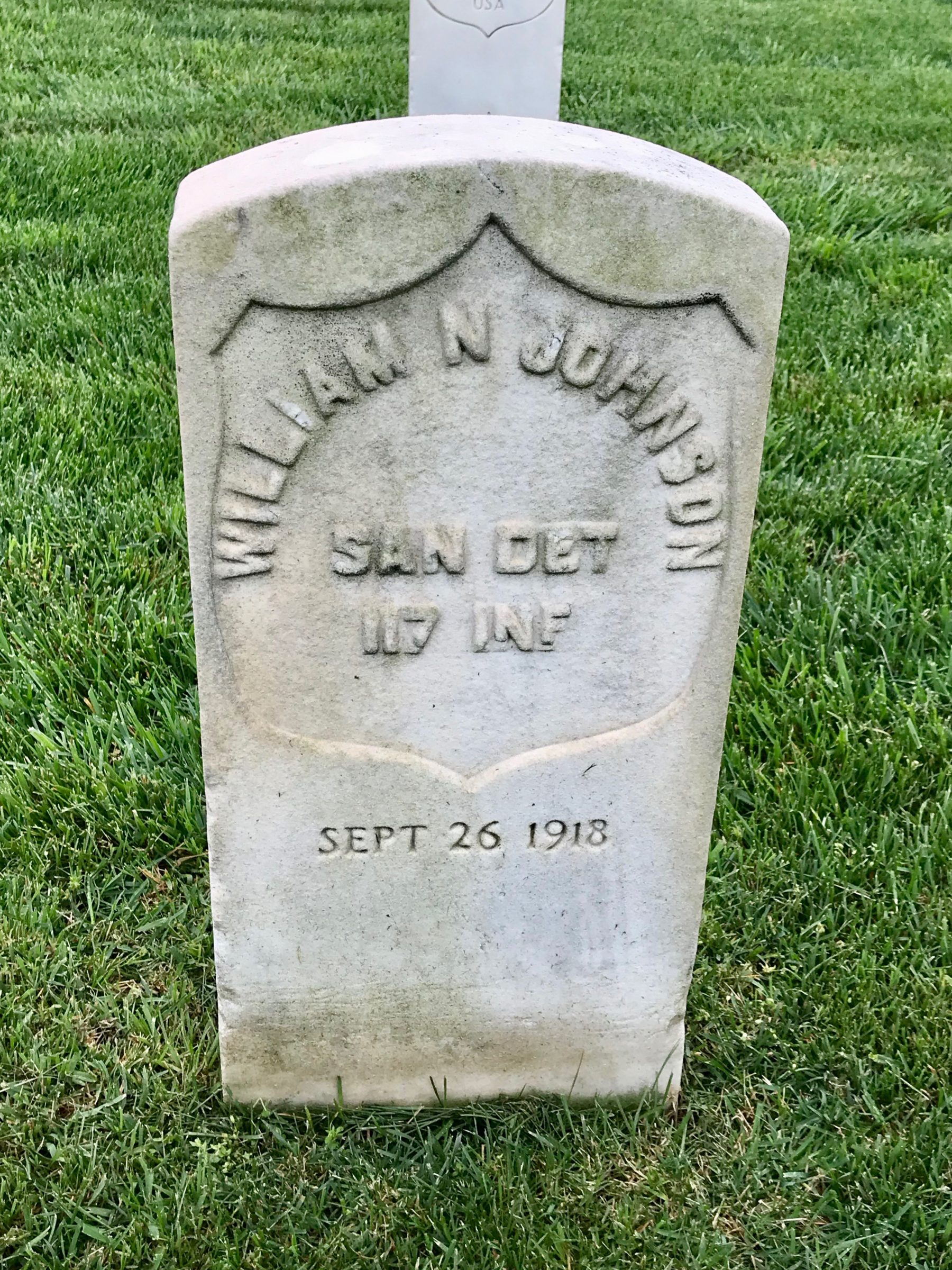