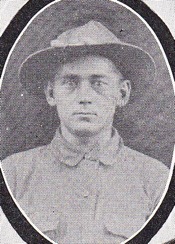 William Nelson Cooper was born 27 March 1891 in Anderson County, Tennessee. He died at the age 26. He is interred at the Somme American Cemetery, Bony, France (C,6,10 ).

William Nelson Cooper volunteered his services for military duty in June 1917. His organization was Company L, 119th Infantry, 30th Division, stationed at Camp Sevier, SC. Embarked for France in May 1918 and took part in all battles of his unit until October 11, on which date he was killed. Held the rank of corporal. 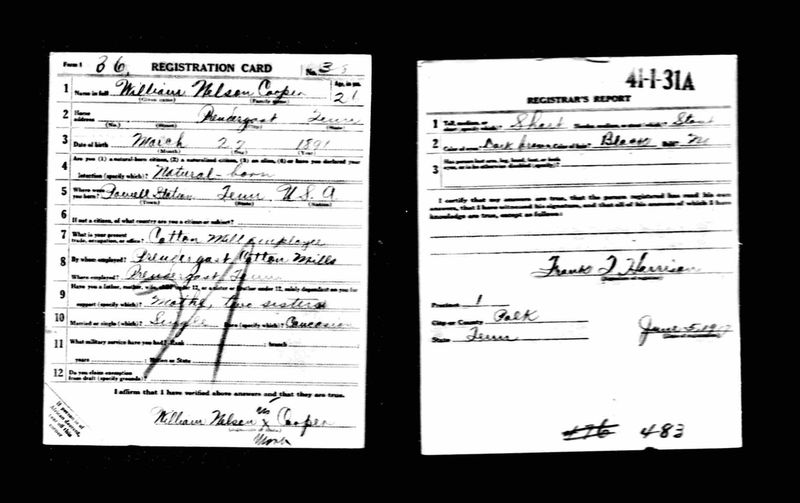 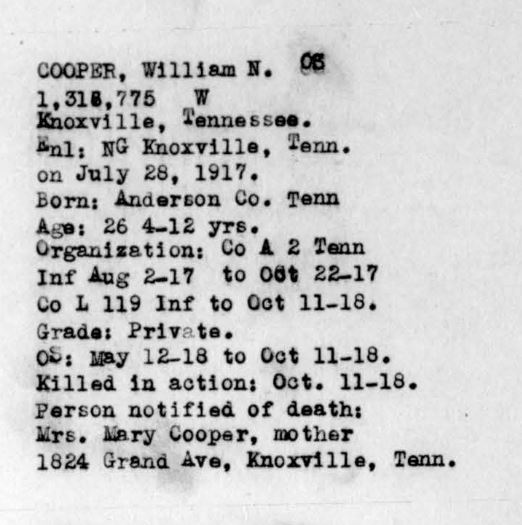 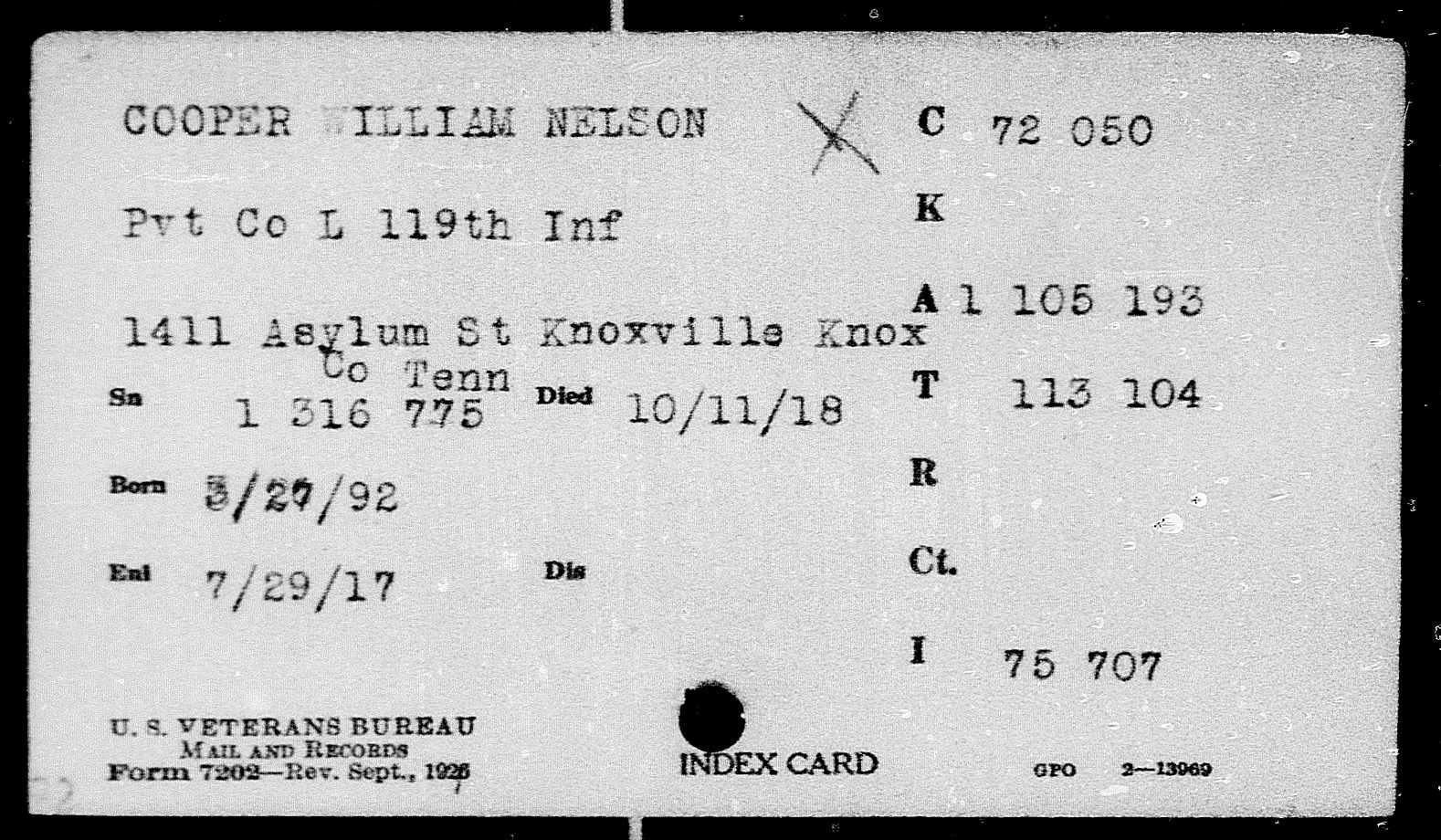 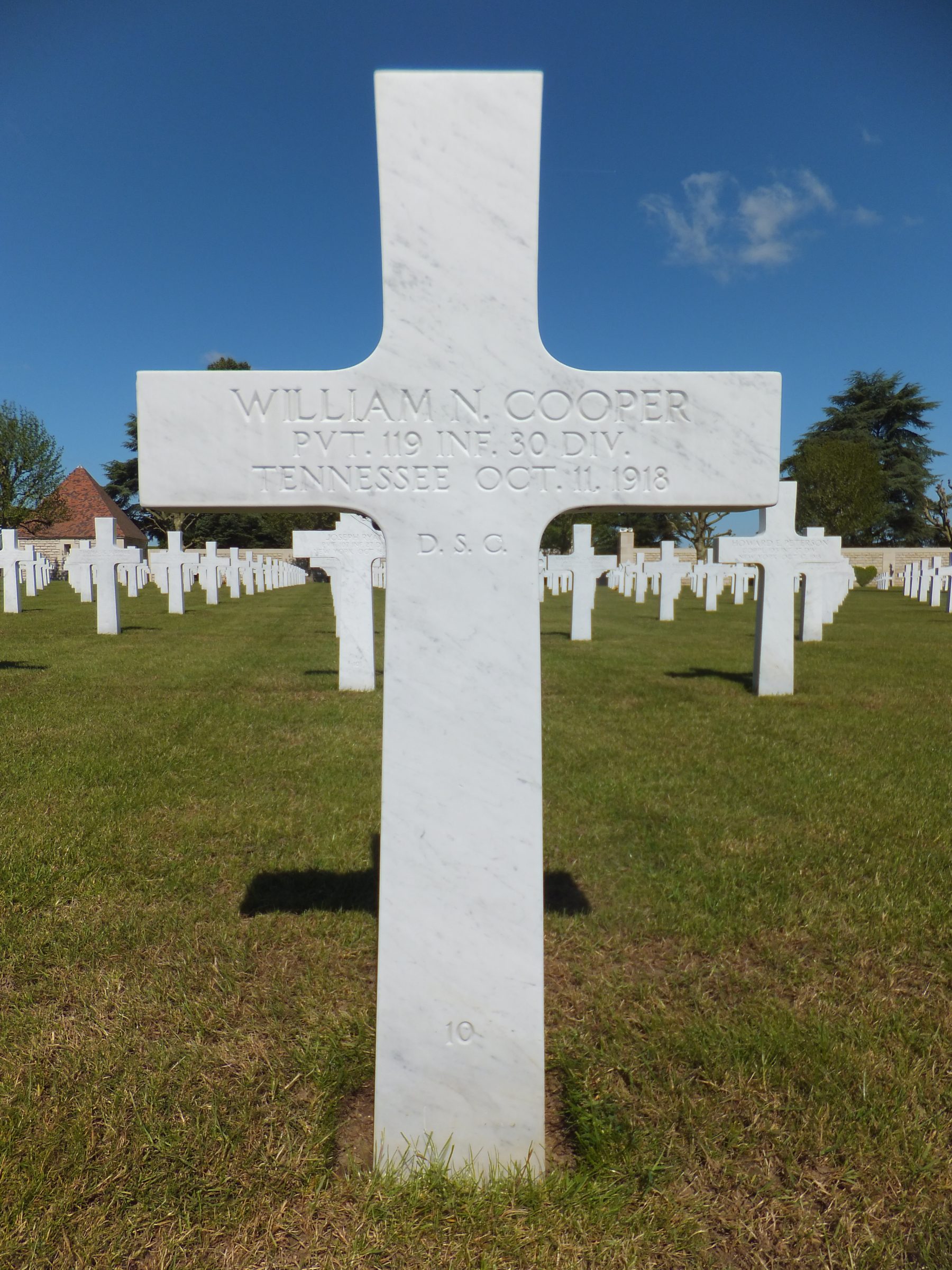