William was born on 27 February 1899 in the Bugaboo Springs area of Jonesborough, Washington County, Tennessee. He voluntarily enlisted in the United States Navy on 10 June 1918 at the Recruiting Station in Chicago, Cook County, Illinois. William was assigned to Company 272, Regiment 9 for training and promoted to Seaman Second Class on 18 September 1918. Two days later on 20 September, William was admitted to the Base Hospital, Naval Station Great Lakes, Chicago, Illinois were he died of grappe and pneumonia due to the Spanish Influenza 14 days later on 4 October. William was 19 years old and the youngest son of John Albert Chinouth and Sarah Galloway. He’s interred in the Jobe Cemetery, Gray, Tennessee. 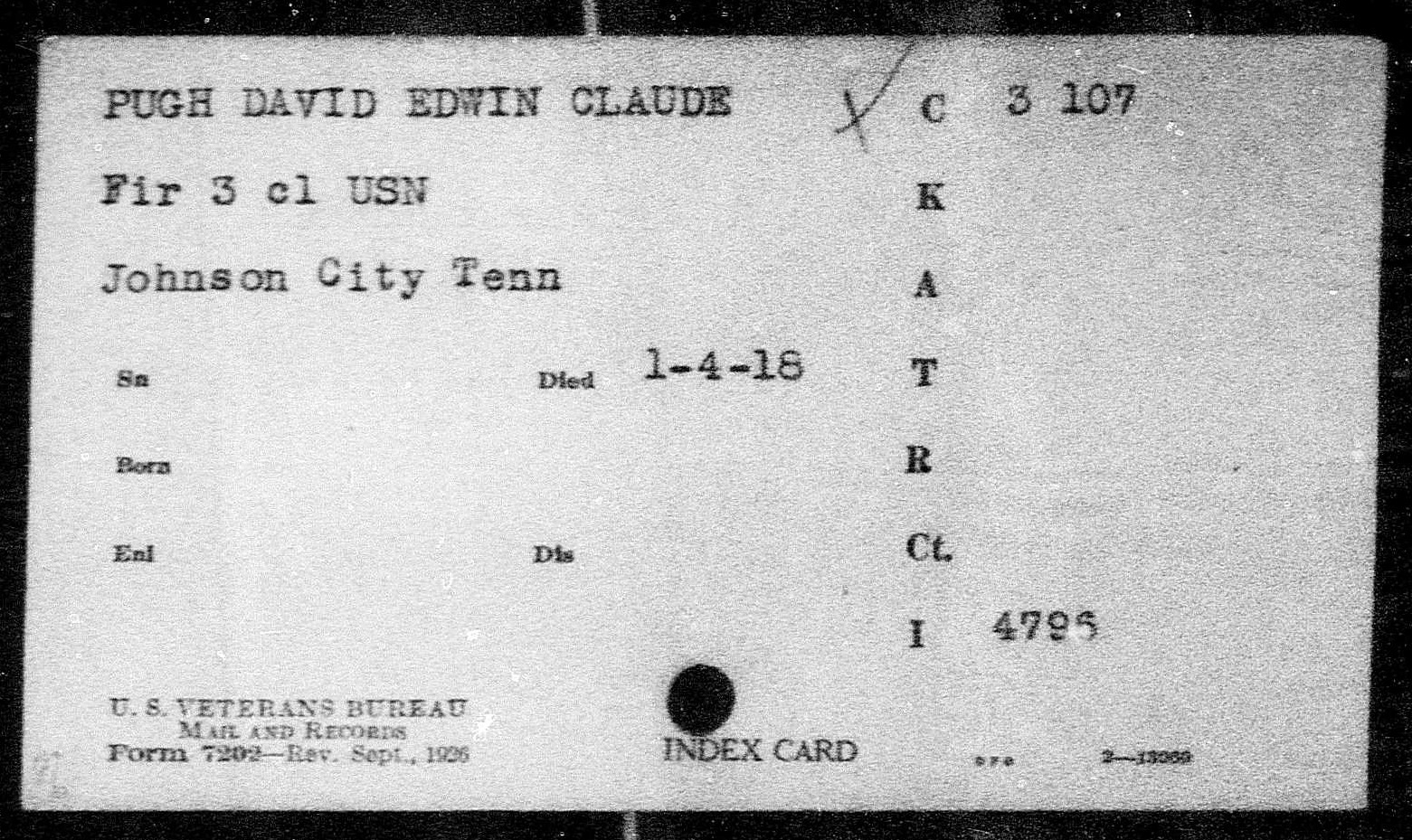 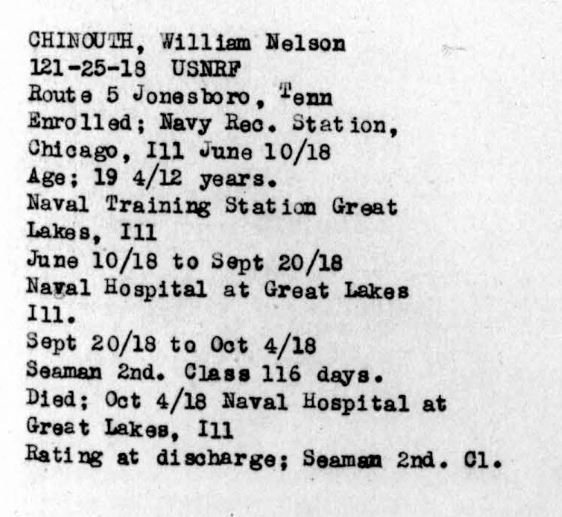