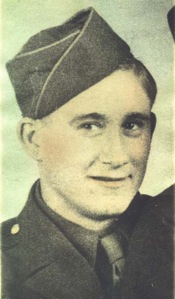 Sergeant William Mitchell Beaty was born in Fentress County on October 26, 1923. He was the son of Owensby Pete Beaty and Minnie Ethel Beaty. He had at least one sister, Mrs. Knight. Prior to joining the military, he worked as a farmer.

Sergeant Beaty enlisted in the military on February 17, 1943 in Fort Oglethorpe, Georgia. He served in the European theater of the war. He was killed in action in Germany on August 10, 1944. He is buried or memorialized in Memory Gardens Cemetery in Fentress County.