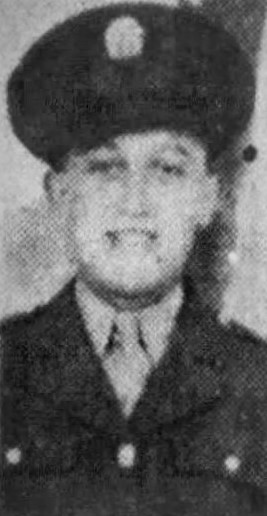 William L. Wilson was born in 1923 in Union County, TN to Scott and Stella Wilson. He is listed on the Memorial under Knox County, TN
He enlisted on July 7, 1943, in Fort Oglethorpe, GA
Wounded in the Invasion of Normandy, France
William Wilson was initially buried at Andilly Cemetery at Lay St-Rémy, France and reburied at Lorraine American Cemetery in St. Avold (Moselle), France, C, 31, 38

The Knoxville Journal, October 24, 1944
Pvt. William L. Wilson, 21, son of Mr. and Mrs. Scott Wilson, Heiskell, Tenn., Route 1, has been reported killed in action in France. The War Department message said Private Wilson was killed Sept. 16. He had served a year and three months with the armed force and had been overseas seven months at time of death. Survivors are his parents, Scott and Stella Wilson; one brother, Hubert Wilson, all of Heiskell. 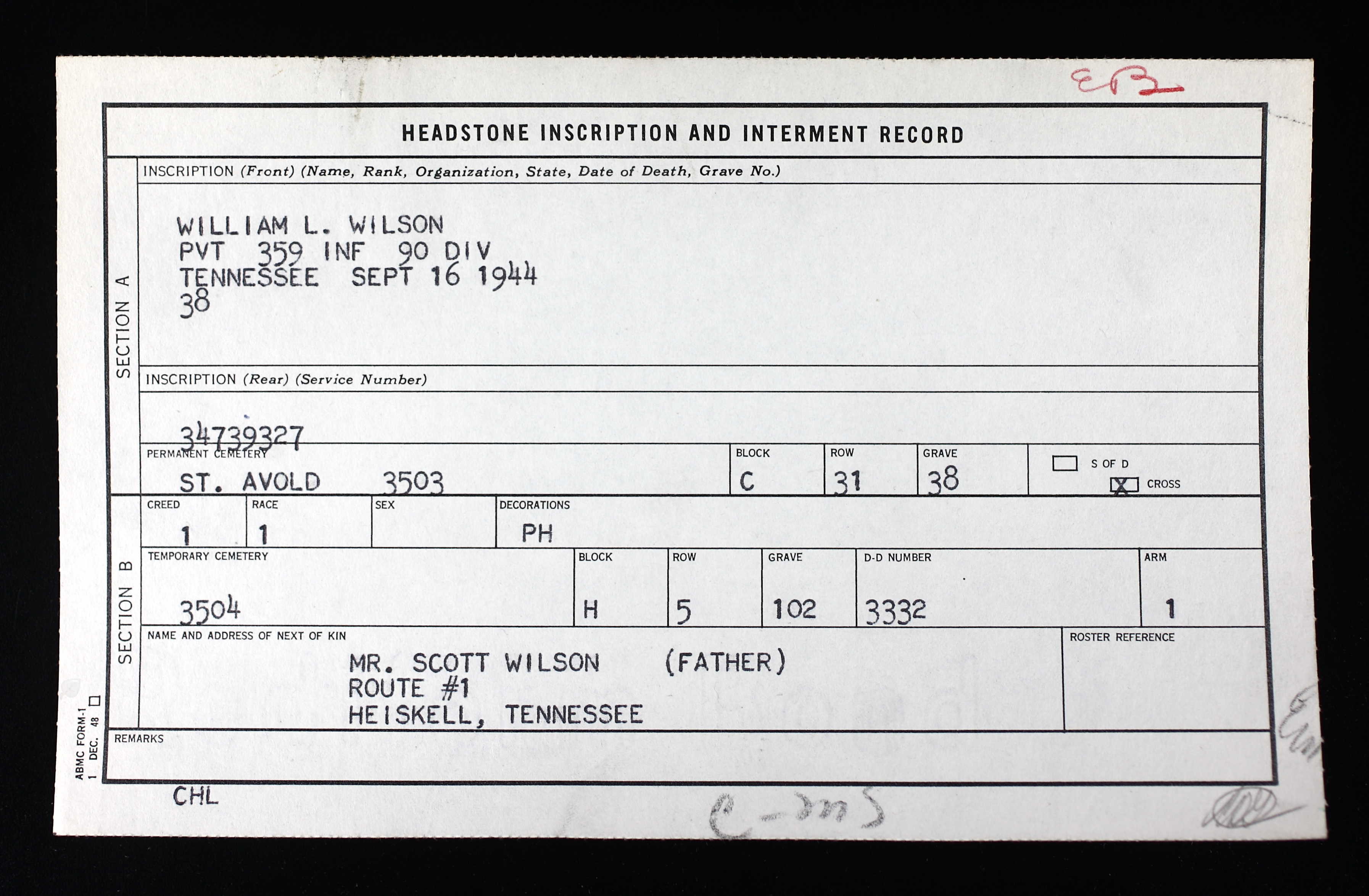 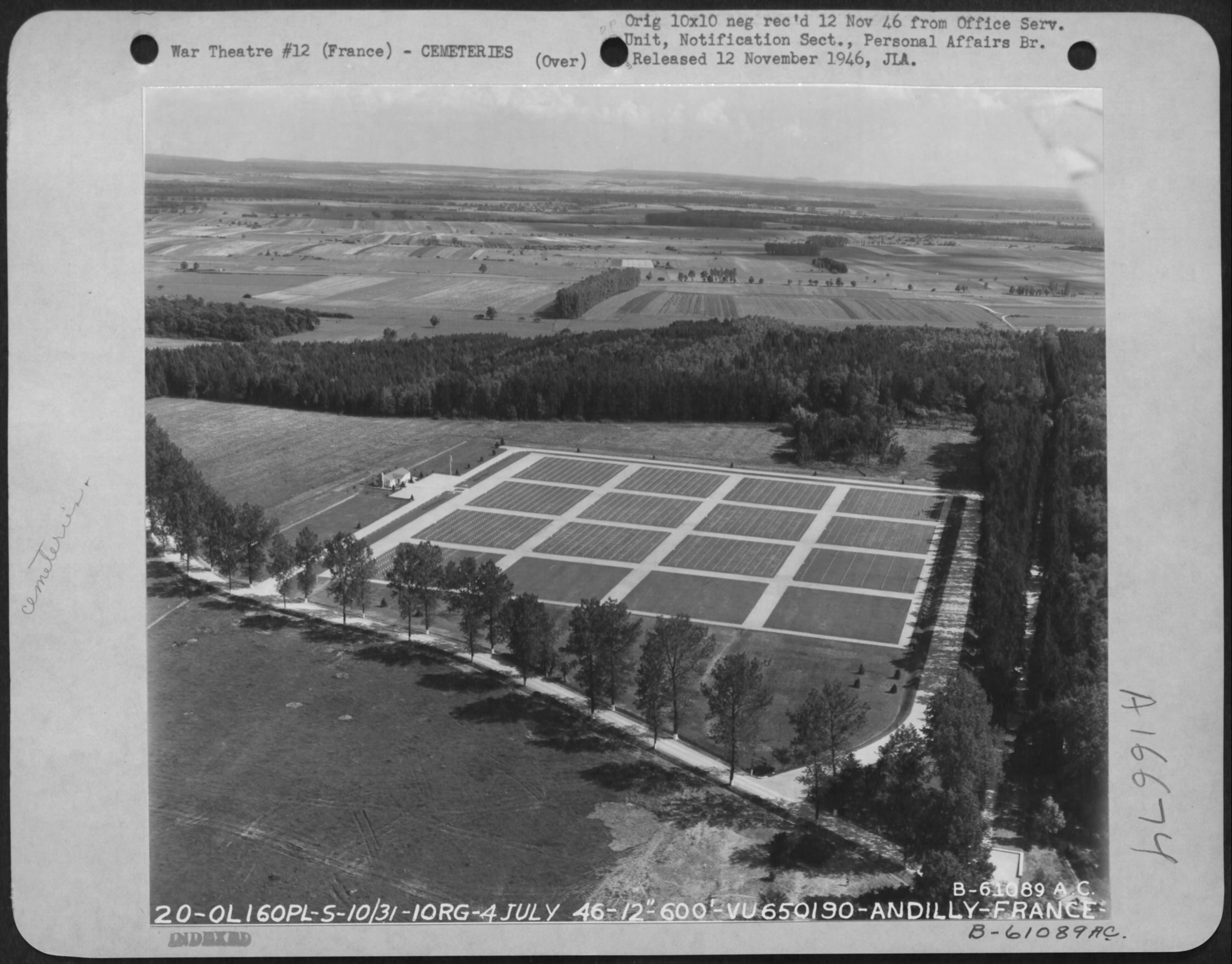 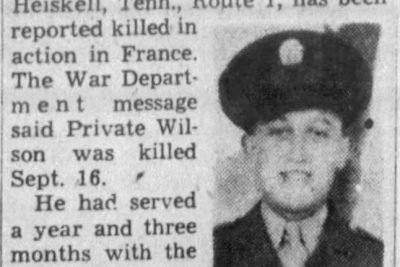 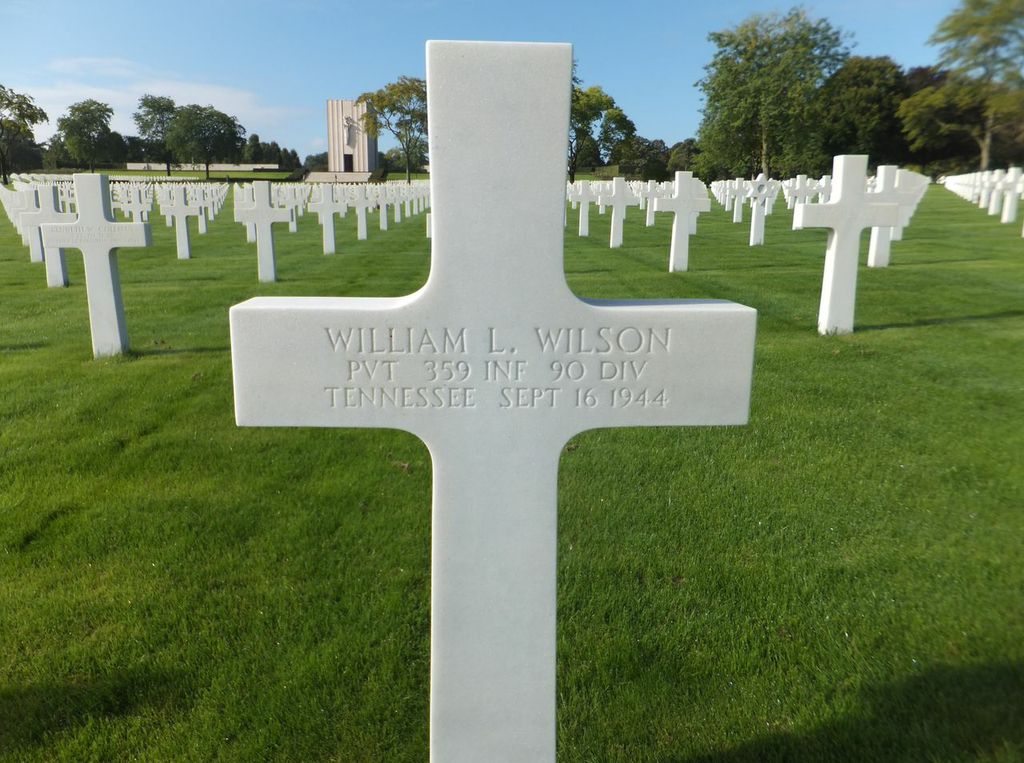